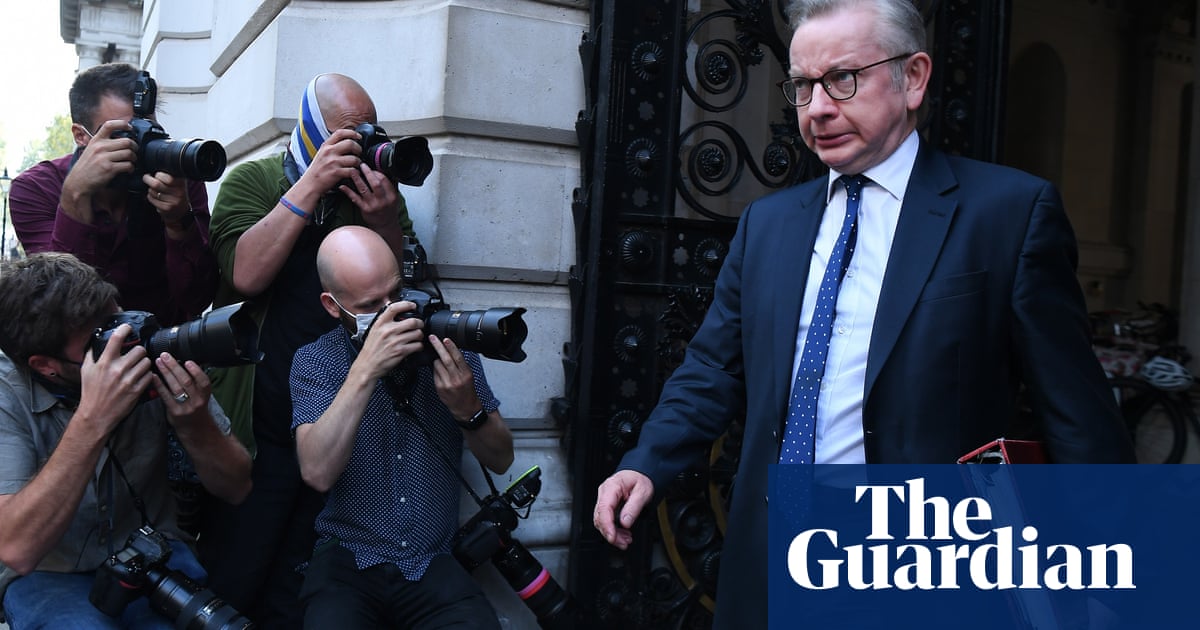 Downing Street has denied it is considering any concessions to angry MPs who abstained on controversial Brexit legislation, despite hopes raised by Michael Gove in the Commons on Monday night.

The list of Conservative MPs who deliberately abstained on the internal market bill, rather than having been absent for the vote, swelled to at least 20 on Tuesday, with the addition of the former Northern Ireland secretary Karen Bradley.

She had not spoken in the debate, nor said why she did not vote for the bill, but her name subsequently appeared as a co-signatory to the amendment by Bob Neill, the Tory MP and justice committee chairman leading the rebellion.

Another former Northern Ireland secretary, Julian Smith, who succeeded Bradley and served until February, is also thought to have deliberately abstained, but has made no public statement.

Although the UK internal market bill passed with a comfortable 77 majority at its second reading, the real showdown is now set to be next week’s vote on Neill’s amendment to put a “parliamentary lock” on using the controversial powers in the bill that would override parts of the withdrawal agreement.

The bill was also likely to face a difficult passage in the Lords, where even veteran Brexiters, such as Norman Lamont, have spoken against its implications.

However, a No 10 spokesman said the Salisbury convention, a non-statutory but widely respected rule saying the House of Lords would not vote down policies in a governing party’s election manifesto, applies to the internal market bill. “Guaranteeing the full economic benefit of leaving the EU to all parts of the United Kingdom and ensuring Northern Ireland’s businesses and producers enjoy unfettered access to the rest of the UK were clear Conservative manifesto commitments which this legislation delivers,” the spokesman said.

Some peers were likely to contest this interpretation, because the Conservative manifesto also said the party would implement the Brexit deal.

In the Commons, some MPs had hoped the government would accept Neill’s amendment, believing Gove, who gave closing statements in the debate, had hinted as much when he said Neill was “on to something here”.

However, No 10 underlined on Tuesday that MPs would only get a standard vote on invoking the powers contained within the bill as a statutory instrument. That vote would take place only after ministers had taken the decision to use those powers, and would not prevent a potential breach of international law.

A No 10 spokesman, asked whether the government was planning any further concessions, said: “The prime minister set out yesterday the rationale for the bill, the fact it will protect seamless trade and jobs across the four corners of the UK. There will be an SI where the vote will need to be held but there’s nothing further to add.”

Neill has said such an assurance was not enough and a standard SI vote would not provide enough opportunity for scrutiny.

His amendment would ensure the powers in the bill which breached the Northern Ireland protocol would not be used until there was another specific vote in parliament to use them “not by a statutory instrument, which does not give enough scrutiny for such a constitutionally significant issue”.

MPs passed the Brexit bill – but what happens now?

Supporters of Neill’s amendment believe there may be a number of MPs who voted with the government at the second reading of the bill on Monday night, as a way of demonstrating support for its purpose, but who feel uncomfortable breaking international law and could be persuaded to back the amendment.

A number of senior Conservatives abstained on the bill on Monday, including two former attorney generals, Geoffrey Cox and Jeremy Wright, the former chancellor Sajid Javid, the vice-chair of the 1922 committee, Charles Walker, and a number of other select committee chairs, Simon Hoare, Tom Tugendhat and Tobias Ellwood.

Several other people on the list of Tory MPs who did not record a vote were known to be away, including Theresa May, who was at a conference in South Korea, and Liam Fox, the former international trade secretary, who was at an event in Hungary connected to his attempt to become the next head of the World Trade Organisation.

On Tuesday William Hague became the latest senior Conservative to criticise the bill, one of four former Conservative leaders, May, David Cameron and Michael Howard.

Hague, a former foreign secretary, said passing a law that would deliberately abrogate an international treaty would be a “serious foreign policy error” that would “have a lasting and damaging effect on our international reputation and standing, diminishing our ability to exert our influence and protect our interests”.