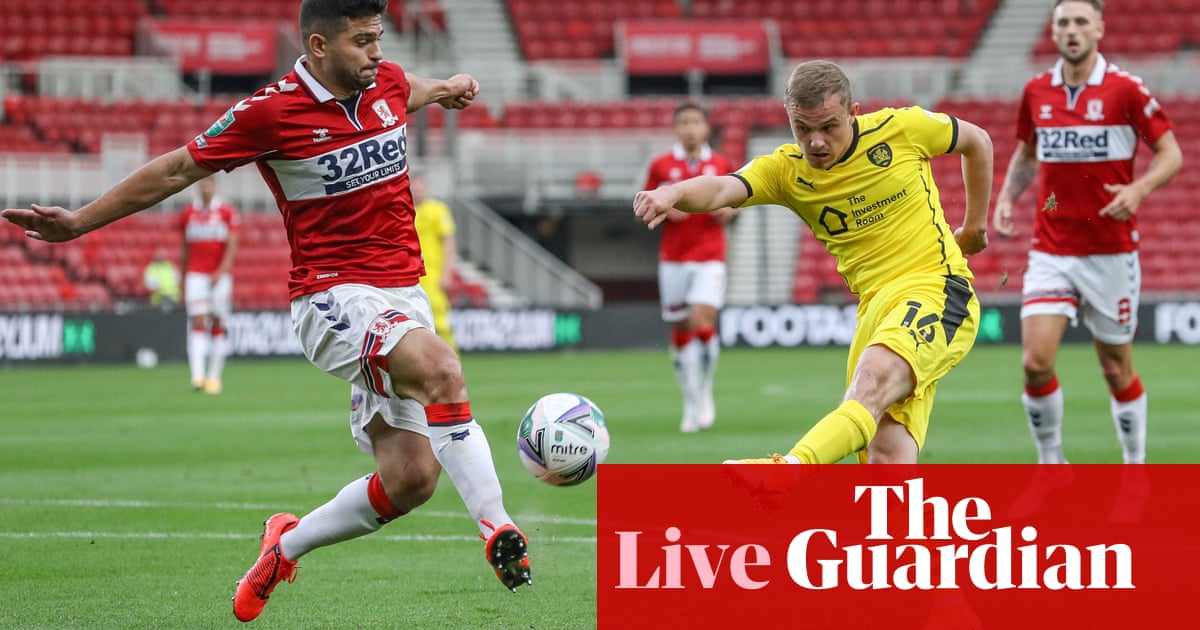 GOAL! Millwall 2-0 Cheltenham. Conor Mahoney edges Millwall a little close to a date with Premier League opposition in the next round: either Burnley or Sheffield United await the winners of this one.

GOAL! Bradford 0-2 Lincoln A swift counter-attack down the right, followed by a neat side-footed finish fro 15 yards by Anthony Scully. The prospect of meeting Liverpool in the next round seems to have fired up Lincoln.

GOAL! Bradford 0-1 Lincoln A painful start for Tyler French, who has scored in his own goal.

Aston Villa play their first match of the season today, with their Premier League campaign not starting until’s Monday’s joust with Sheffield United. Today they are in action at Burton Albion and Dean Smith is NOT taking it lightly: Jack Grealish starts on the day he pledged his long-term future to the club by signing a new five-year deal and record signing Ollie Watkins will be hoping to get his first competitive goal after netting in Saturday’s friendly against Manchester United. Here is the full lineup: