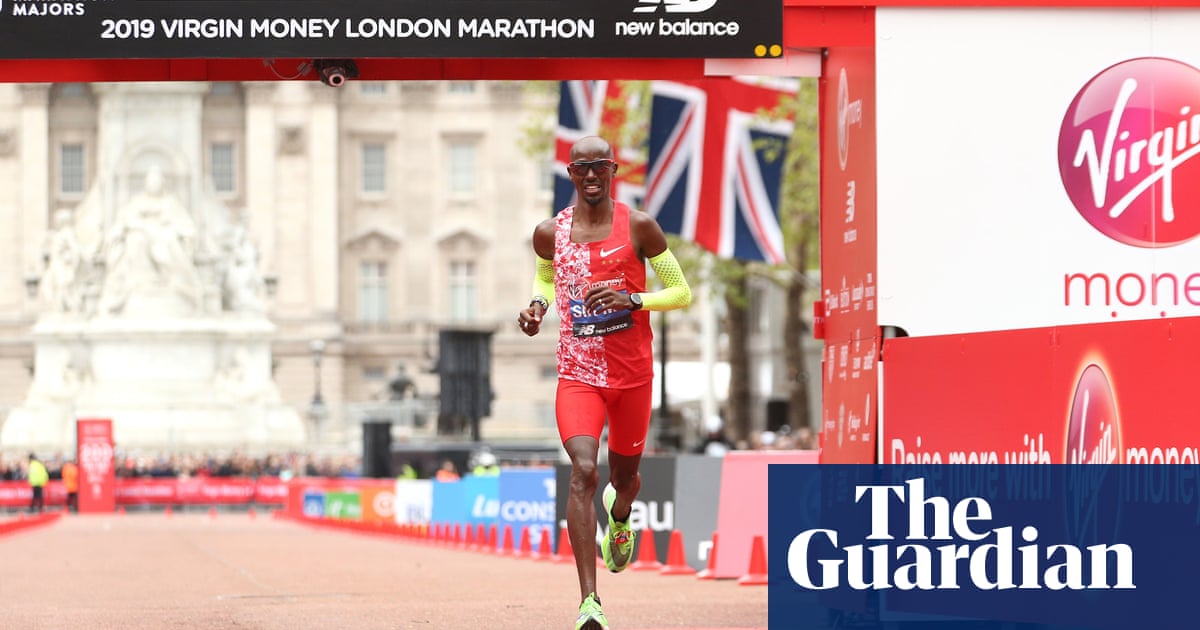 The London Marathon is to cut its prize fund for next month’s race by nearly half because of the financial hit from the Covid-19 pandemic.

Last year organisers awarded $313,000 in prize money to elite athletes, with another $850,000 up for grabs in time bonuses, but the new financial reality means Eliud Kipchoge and Brigid Kosgei will earn considerably less than the $55,000 first prize for winning the 2019 event. However, for the first time there will be a separate prize pool for the best performing British athletes.

The Guardian view on the London Marathon: keep the festival spirit | Editorial

Organisers have also insisted that Sir Mo Farah will not become the sport’s “richest pacemaker” when he tries to help British athletes hoping to run the 2hr 11min 30sec Olympic qualifying time in a special 19.6-lap circuit around St James’ Park on 4 October.

Explaining the decision to reduce the prize fund, London Marathon’s head of elite athletes, Spencer Barden, said: “It wasn’t an easy decision, but what we’ve done this year is reduce the price structure for the international runners by almost 50% from previous years. However, we’ve also created a British-only place price structure this year – so the top three British athletes will have a prizes solely for them.”

Meanwhile the race director, Hugh Brasher, promised that this year’s race would still be as special as it ever was – even though the pandemic necessitates the elite athletes running in a biosecure bubble in London while the other 45,000 entrants from more than 60 countries run the 26.2-mile distance from anywhere in the world on the course of their choice.

“This year will be one of the best ever,” said Brasher. “We know this course is fast and the athletes are excited about showing us what they can do. But what we are also doing with this event, and it goes back to the founding pillars that John Disley and my father, Chris, put in place, is to also highlight this amazing sense of community and togetherness.

“This event really is about society coming together in circumstances that we believe are entirely fitting for where society is in its fight against Covid-19: £10bn is still needed by charities. And what we are doing is unique, inspiring, and I really do believe it will live long in everyone’s memory as a fitting way to celebrate the 40th race.”

While organisers would not comment on individual athlete contracts, Brasher said that suggestions that they would be paying a hefty sum to Farah to help him pace the Britons in the race – Jonny Mellor, Chris Thompson, Ross Millington and Ben Connor – were wide of the mark.

“When we approached Sir Mo he said straight away ‘I’d love to do it’,” Brasher said. “It’s genuinely a great story. People will always come up with their own theories – they have throughout the whole process after the race was initially postponed in March – but the fact is that Mo will not be the world’s richest pacemaker, certainly not from this event.”