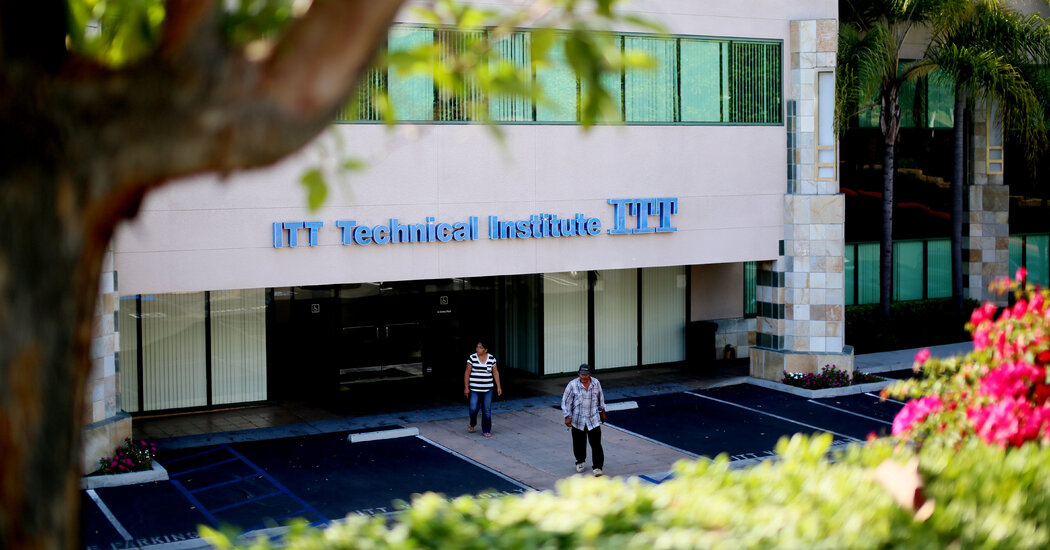 Tens of thousands of former students at ITT Technical Institute, a for-profit chain that collapsed four years ago, will not have to repay $330 million in private student loans that prosecutors called “reckless” and deceptive, under a settlement deal announced on Tuesday.

The agreement, involving a federal regulator and attorneys general from 47 states, covers debts incurred through ITT’s Peaks loan program, which was often used by students who had maxed out their federal student loans.

The program’s loans carried high interest rates and trapped borrowers in debts that ITT knew they would be unable to repay, according to a complaint filed by the Consumer Financial Protection Bureau. In some cases, financial aid officers sometimes signed loan documents without the borrower’s knowledge or permission.

“Many students were pushed into Peaks Loans, did not understand the terms of their Peaks Loans, or did not realize they had taken out loans at all,” the bureau wrote in its filing in the U.S. District Court for the Southern District of Indiana.

The settlement agreement, which requires a federal judge’s approval to be enacted, covers about 35,000 borrowers, many of whom have been left with high debts and ruined credit. The deal requires the loans’ owners to cancel all outstanding loan balances and cease collection efforts.

Trusts set up by Deutsche Bank made the loans, but ITT effectively controlled them. The loans were sold off to investors, but the high default rate — about 80 percent — and ITT’s bankruptcy mean those investments haven’t been performing.

A spokesman for Deutsche Bank declined to comment on the settlement.

ITT abruptly closed and filed for bankruptcy in 2016 after a government crackdown on schools that deceived students about the quality of their educational programs and their graduates’ career prospects. Hundreds of thousands of ITT’s former students are still saddled with loan debts for degrees that many said they found virtually worthless.

But so far, the federal government — the nation’s largest student lender — has so far refused to cancel much of the debts ITT students owe to it, despite findings by Education Department officials that ITT engaged in “flagrant” and “pervasive” fraud. Tens of thousands of federal loan borrowers who have sought relief through a government program have been denied; even those whose claims were approved were in some cases told that none of their debt would be eliminated.