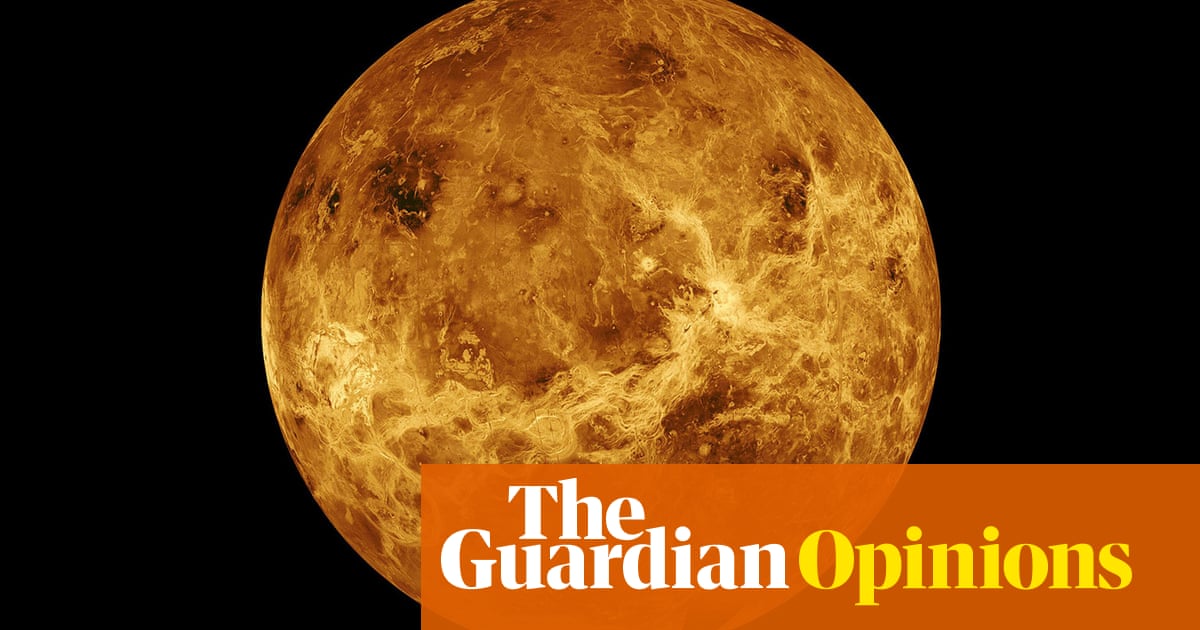 The recent detection of phosphine in the atmosphere of Venus, the excitement around several spacecraft currently bound for Mars and discoveries of distant rocky Earth-sized exoplanets fuel an optimism about extraterrestrial life. However, despite the promise, there are good reasons to be cautious. We should be ready to embrace the possible discovery of a lack of alien life as a scientific triumph in our understanding of our place in the universe.

Scientists find gas linked to life in atmosphere of Venus

Throughout modern history, humanity has never quite let go of the idea of aliens in the cosmos. When, in the late 18th century, William Herschel declared that the craters on the moon were the “works of the lunarians and may be called their towns”, the drawing rooms of Europe were enthralled. The discovery that the moon was an extreme, airless, lifeless ball of rock did nothing to encourage caution and diffidence when in the early 20th century Percival Lowell described in detail canals built by a dying Martian civilisation in his book Mars as the Abode of Life.

The space age finally put paid to the idea of civilisations elsewhere in the solar system, but they were soon replaced with microbes. Like the talkative aliens, we started to see them everywhere. On Venus or in the atmosphere of Jupiter – and Fred Hoyle, a brilliant cosmologist, was even convinced that pathogenic viruses and pandemics originated from comets. Let it be said, at the risk of causing affront, that mingled in this history I am sure is the human frailty of pushing data to its limits, and beyond, when the chance of being the discoverer of alien life beckons.

Yet repeatedly, our data and experience have cautioned us. Our sister world Venus has always been an intriguing abode for life. In the early 20th century, the Nobel prize-winning chemist Svante Arrhenius imagined that its clouds were water and that on its surface were fetid humid swamps. When we realised that its surface was at a hellish 460°C, well above the upper temperature limit for any known life, our attention turned to its clouds, where pressure and temperature conditions in one region are similar to those on the surface of the Earth. Yet here, the clouds are made of concentrated sulphuric acid, chemical conditions far outside the boundaries of any known life on Earth. Our lack of knowledge about chemical reactions in the clouds is still a far more plausible explanation for phosphine than a biological one. Science demands that we build hypotheses based on existing knowledge and not construct in our minds aliens to fill the gaps. Our existing knowledge about biology suggests that Venus is a lifeless world.

Mars remains an appealing target to search for life, yet its copious water courses and rampant geological activity declined about 3.8bn to 3.5bn years ago, when evidence for life in our own rock record still remains scant and controversial. Given the known exchange of rocky material between the two planets – Martian meteorites are now well documented – even if we do eventually find evidence of long extinct or even extant life on Mars, it may be related to life on Earth, not the true aliens that excite us so much. Having said that, family reunions can bring a warmth to the heart and there would be much biology to be learned from these distant kith and kin.

Looking beyond those bodies, planetary scientists have found oceans beneath the surface of icy moons such as Jupiter’s Europa and Saturn’s Enceladus. Enceladus offers particular promise because the raw ingredients for actively metabolising life, including hydrogen and carbon dioxide, were directly detected in the plumes emanating from its south pole by the Cassini spacecraft. Yet it remains plausible that these moons are lifeless, ancient bodies of liquid water in which the conditions for the origin of life never occurred. Instead, within their confines, primordial organic material might churn and turn without a microbe in sight.

The discovery of small rocky worlds orbiting distant stars takes our gaze beyond the solar system to the thrilling prospect of life on exoplanets (planets that orbit a star that isn’t the sun). Telescopes will search the atmospheres of these faraway planets, some hundreds to thousands of light years away, to see if they can detect gases produced by life, such as oxygen. Yet we do not know how common the conditions for the emergence of life are. Could it be that our world is a one in a million and that although we may live in a universe with many life-bearing worlds, they are dispersed so widely that locally we live in a biological desert?

And then there is the strange silence from fellow thinkers in the universe, our quest to search for alien intelligence, those aliens that eluded Herschel, Lowell and others. Since we began this search beyond our solar system in the 1960s there has been no signal from them and no detection of anything resembling artificiality beyond Earth. Most recently, a search for extraterrestrial intelligence among 10m stars in the Vela region of the southern hemisphere sky by the Murchison Widefield Array in Australia turned up not a blip. The lack of extraterrestrial intelligences has been a subject of speculation for decades, and any number of factors might account for their absence. They may be sparsely distributed, too far away to make them of any immediate relevance to us, or the happenstance of communicating at exactly the same stage of technological development may be be an infinitesimal probability. Whatever the reason, we now know that our near galactic neighbourhood does not resemble the Edinburgh festival and that fact should encourage some sobriety.

Alien life is something we want to find, it impels our imagination to see aliens where there are none and to see every piece of data as bringing us closer to its inevitable discovery. It may be that we will find it. Although we may be lucky enough to find microbial life, we may eventually have to accept the possibility that we will never find intelligent life. This outcome would be by no means a failure and nor should it be a source of great disappointment. In the empty wastelands of the universe, life on our own world may increasingly become something of wonder. We might even think of the discovery of a lack of alien life as something of a scientific triumph, a biological awakening of Copernican significance, and perhaps through the emptiness of it all, a deeper appreciation may emerge of our own specialness in a violent and thoughtless cosmos.

• Charles Cockell is professor of astrobiology at the University of Edinburgh