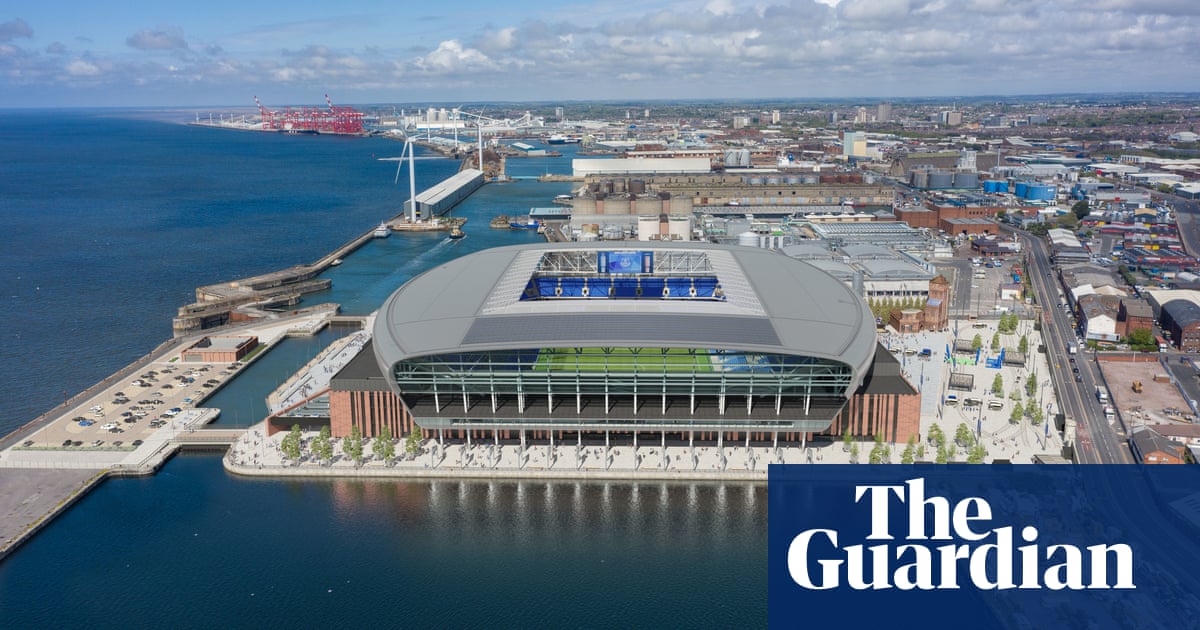 Historic England has been accused of making a “huge mistake” in objecting to Everton’s plans for a new stadium at Bramley Moore dock, at a time when the economy is in desperate need of the jobs and investment it will bring.

Everton last week submitted an amended planning application for the proposed 52,888-capacity stadium on Liverpool’s waterfront following feedback from Liverpool city council and other statutory consultees. Historic England, the Victorian Society and ICOMOS, a heritage body acting on behalf of Unesco, are opposed to the Grade II listed dock being filled in and want the project called in by the government.

Neville Southall: ‘You don’t expect loose cannons to take over your own country’

That has prompted fierce condemnation from the Northern Powerhouse Partnership, which claims Liverpool’s world heritage status will do more harm than good for the city should it be used against Everton’s scheme.

Henri Murison, director of the partnership, said: “Unnecessarily delaying a £1bn mega-project such as this – which will support constructions sectors and related trades in the coming years and will create 15,000 jobs – would be a huge mistake at a time when we’re facing rising unemployment, with this a material economic intervention in the city region.

“Historic England reading of the requirements of the World Heritage Status – which has already served its purpose in establishing its visitor brand – shows the time may have come when its disadvantages for the city outweigh any residual benefits it brings.

“In reality, the power of such a scheme can prove transformative in unlocking the true economic potential of Liverpool and the north in the short and long term. Projects like this represent a critical example of the role forward-thinking organisations like Everton and their wider partners can play in investing in local communities and building back better, one step at a time closing the north-south divide.”

Everton intend to restore several heritage features at Bramley Moore, including a Grade II listed hydraulic tower and tramlines, and the contentious dock walls would be preserved under the stadium. They could be re-engineered back into a dock should the club leave what is currently a disused site inaccessible to the public.

The Victorian Society believes the plans are “unacceptable” and would cause “incontrovertible harm” to the dock. In a detailed explanation of its objections Historic England claims alternative solutions for the dock are available and Liverpool does not face “a stark choice between dereliction or football stadium”.

“We have had extensive and productive discussions with the club about how best to develop the new stadium at Bramley-Moore dock and understand the attraction of this exceptional location,” it said. “However, we consider that the proposal to infill the dock would fundamentally change its historic character as a water-filled basin which so clearly tells the story of the docks and has contributed to its status as a World Heritage Site.

“Due to the impact of the proposals on a World Heritage Site, which has the highest level of heritage protection and is internationally significant, we regrettably think that this application should be determined by the Secretary of State and will ask for it to be called in for his determination. We have also advised that the application should be refused, unless the decision-maker concludes that the public benefits would outweigh the damage to Bramley-Moore dock and the harm to the World Heritage Site which the proposals would cause.”