Violence has intensified in Paraguay in the conflict between security forces and the Paraguayan People’s Army (EPP) – a communist guerrilla movement active in the country’s north-east.

A former vice-president was kidnapped by rebels days after the military killed two 11-year-old girls in unclear circumstances during an operation against the EPP, which human rights organisations described as a possible “state crime”.

Óscar Denis, Paraguayan vice-president from 2012 to 2013, was kidnapped from his ranch in the Amambay department on 9 September alongside employee Adelio Mendoza, who belongs to the Paĩ Tavyterã indigenous people. 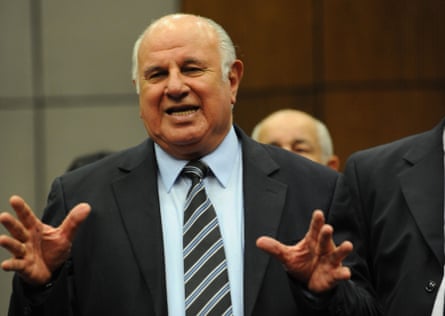 Notes found in Denis’s abandoned vehicle attributed the kidnapping to the EPP, considered a criminal organisation by the Paraguayan state estimated to have 20-50 members. Since emerging in 2008, it has been linked to multiple kidnappings and more than 60 deaths.

“They base their political discourse on the deficiencies of the Paraguayan state and its public policies,” said opposition senator Jorge Querey.“But their actions have had a very high grade of violence and extortion.”

The EPP communicated Denis would be killed if two of its imprisoned leaders were not released by 13 September and demanded his family distribute $2m (£1.56m) of food to rural communities. Although the EPP said it would release Mendoza promptly, this has not been fulfilled.

In a press conference, interior minister Euclides Acevedo rejected the possibility of negotiating for prisoners. “It’s a war, not a sports tournament,” he said.

Denis’s family have repeatedly appealed for his release and begun to distribute the specified food. Although the deadline for the leaders’ release has passed, no contact has been made by the EPP.

Authorities said the kidnapping is likely to be a reprisal for the killing of the two 11-year-olds by the Joint Task Force (FTC) – a military and police unit created to tackle the EPP – during a 2 September raid described by President Mario Abdo Benítez as successful.

Aníbal Cabrera, director of the Paraguayan Coordination Group for the Rights of Children and Adolescents (CDIA), condemned EPP actions but said the state had failed in its obligation to protect the girls. He said: “It had known for two years they were recruiting children, training children. Why did it do nothing to activate the protection system?” 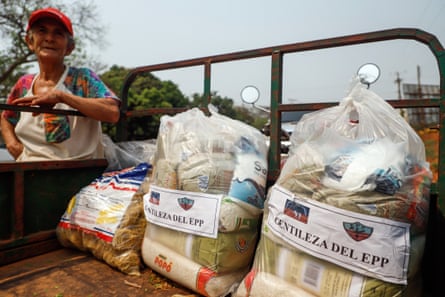 Official handling of the deaths has been controversial. An initial forensic examination claimed the girls were approximately 15 and 17 years old and the bodies were rapidly buried under misapplied Covid-19 health protocols. Authorities said no video of the confrontation existed.

“The state threw them in unidentified graves, burned their possessions and the guerrilla clothing that was apparently theirs,” said Cabrera. “That is state terrorism.”

The bodies were exhumed after the girls were found to be Argentinian citizens – related to EPP leaders – and Argentina’s government demanded Paraguay clarify the situation. The UN and multiple international institutions have demanded a full, impartial investigation.

A 2015 report from the Paraguayan Mechanism for Prevention of Torture shows this is not the first time minors have been killed or tortured. “We think that there are more adolescents and children linked to these groups. The state must protect them, not kill them. We can’t see that there’s any real strategy to do that,” said Cabrera.

Since its creation in 2013, the FTC has perpetrated reported human rights violations such as arbitrary arrests and torture in rural communities already contending with the EPP, drug traffickers, smugglers and Brazilian crime gangs.

“Those that most feel the impact of these armed groups are the rural communities,” said Cristina Coronel of the Peace and Justice Service (Serpaj), an organisation implementing social and human rights projects in the region of conflict, historically one of Paraguay’s poorest.

Coronel said the continual increases in FTC’s budget – currently $14m a year – was not justified by results and was subject to private interests. She emphasised that the kidnappings had taken place even after Abdo Benítez emphasised that government forces were close to the small guerrilla.

“In less than eight days there was another criminal action less than 30 km from where the first event occurred,” she said. “It’s a joke that has no remedy.”

Coronel said that, as part of any plan to fight against violence, an essential priority should be reducing poverty in the long-marginalised north-east.

“If we want to stop crime, we have to provide the basic conditions communities deserve, not more militarisation and repression.”