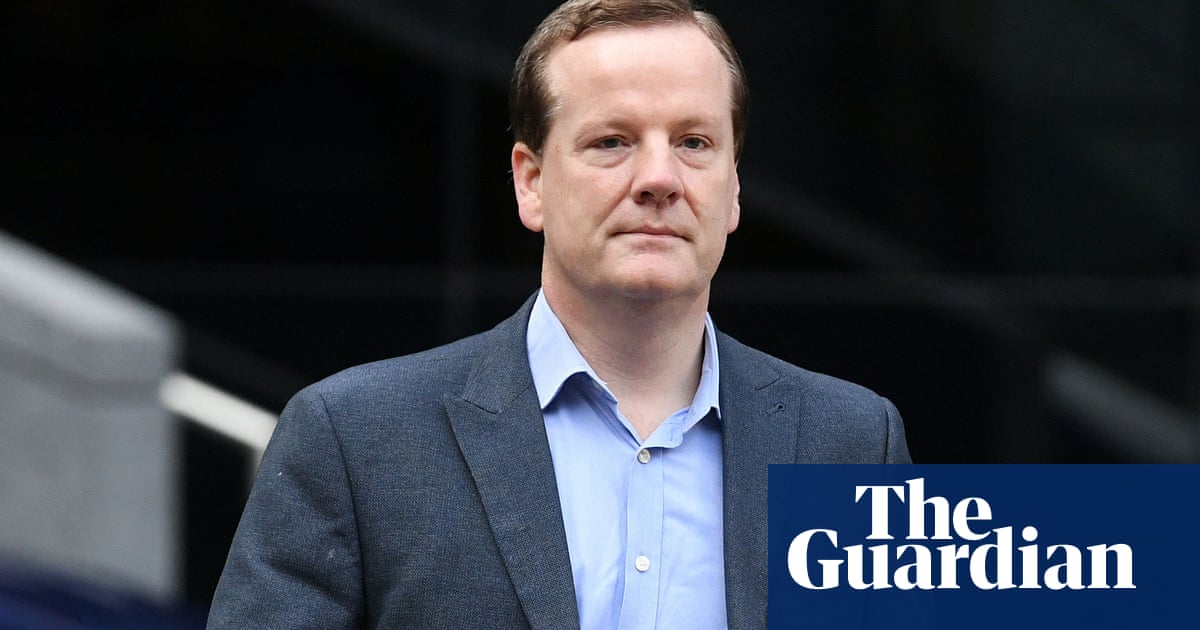 The former Conservative MP Charlie Elphicke has been sentenced to two years in prison after being found guilty of three counts of sexual assault against two women.

Elphicke, who represented the Kent constituency of Dover from 2010 until last year, was convicted in July of the charges, two in relation to a parliamentary worker in 2016 and one in relation to a woman at his family’s central London home in 2007.

“You are a sexual predator who used your success and respectability as cover,” he was told by Mrs Justice Whipple as she passed sentence at Southwark Crown Court.

His first victim had suffered a “terrifying episode” when he chased her around his home chanting “I’m a naughty Tory” after assaulting her, said the judge, who added that she considered whether or not to impose a custodial sentence but had come to the conclusion that it was the only appropriate punlishment.

Of the two offences against the second victim, who was a young Parliamentary worker at the time, she said: “This was a campaign of harassment, it required planning to get her alone with you.”

Elphicke lost the Tory whip in 2017 when the allegations were referred to the police, but was reinstated in December 2018 before a vote of confidence in the then prime minister, Theresa May.

Giving evidence at his trial at Southwark crown court during the summer, Elphicke admitted not telling police the truth when they asked him about one of the women he was accused of sexually assaulting, saying he feared it would destroy his marriage.

The father of two also said he tried to keep his affair with another woman secret from his wife, Natalie, because he did not think his marriage would survive. The woman was not one of the complainants in the trial.

In victim impact statements read out in court on Tuesday, one of the women he assaulted spoke of how he had crushed a part of her spirit.

The woman, who was a young parliamentary worker at the time, spoke of a “flood of pain” entering her thoughts when she recalled what Elphicke did to her.

“Helpless, depressed beaten, vulnerable and constantly scared. “This is my attempt to articulate the lasting impact he has had on me,” said the young woman, who gave evidence in court earlier this year.

The other woman said in her statement that as a result of her ordeal she suffered significantly increased anxiety when meeting any man, whether it be her local butcher, a taxi driver or any other.

“I feel like things I once enjoyed have been taken away from me,” she said, giving the example of her previous love of dancing.

Eloise Marshall QC, prosecuting, addressed the court on a number of aggravating factors, which cannot be reported in full in case they lead to the identification of the women who were assaulted.

Marshall said that in one of the assaults skin-to-skin contact had definitely taken place, while in the other there was an attempt by the then MP to “get under the clothes” of the woman.

Elphicke’s wife, who ran for office and became the Conservative MP for Dover after her husband did not stand in 2019, had accompanied him to the trial on some days but announced their marriage was ending after the verdict was returned.

The Guardian reported in August that a cabinet minister had lobbied the prime minister to help Elphicke after the then MP was charged with sexual assault. Elphicke is understood to have asked cabinet ministers to help him after the allegations were referred to the police in 2017.

The woman who was a parliamentary worker at the time when she was assaulted, said in a victim impact statement which was read out to the court that Elphicke had “crushed a part of my spirit.”

She woman spoke of a “flood of pain” which came into her thoughts when she recalled what Elphicke did to her: “helpless, depressed beaten, vulnerable and constantly scare.

“This is my attempt to articulate the lasting impact he has had on me.” added the young women, who gave evidence in court earlier this year.

The other woman said in her statement she had significantly increased anxiety when meeting any man as a result of her ordeal, whether it was her local butcher, taxi driver or any other.

“I feel like things I once enjoyed have been taken away from me,” she said, instancing her previous love of dancing.

Mrs Justice Whipple said that Elphicke had undertook some form of introspection but fell short of acceptance in terms of what he had done.

Ian Winter QC, who defended Elphicke during the trial, said before sentencing was passed: “Shortly, Mr Elphicke’s descent into total disgrace will be complete”

His son, 13, has experience sustained and and quite vicious bullying at school, being told his father was a rapist. The boy’s primary carer now was Elphicke, who Winter said had also lost his job, his wife and what he described as a successful political career.