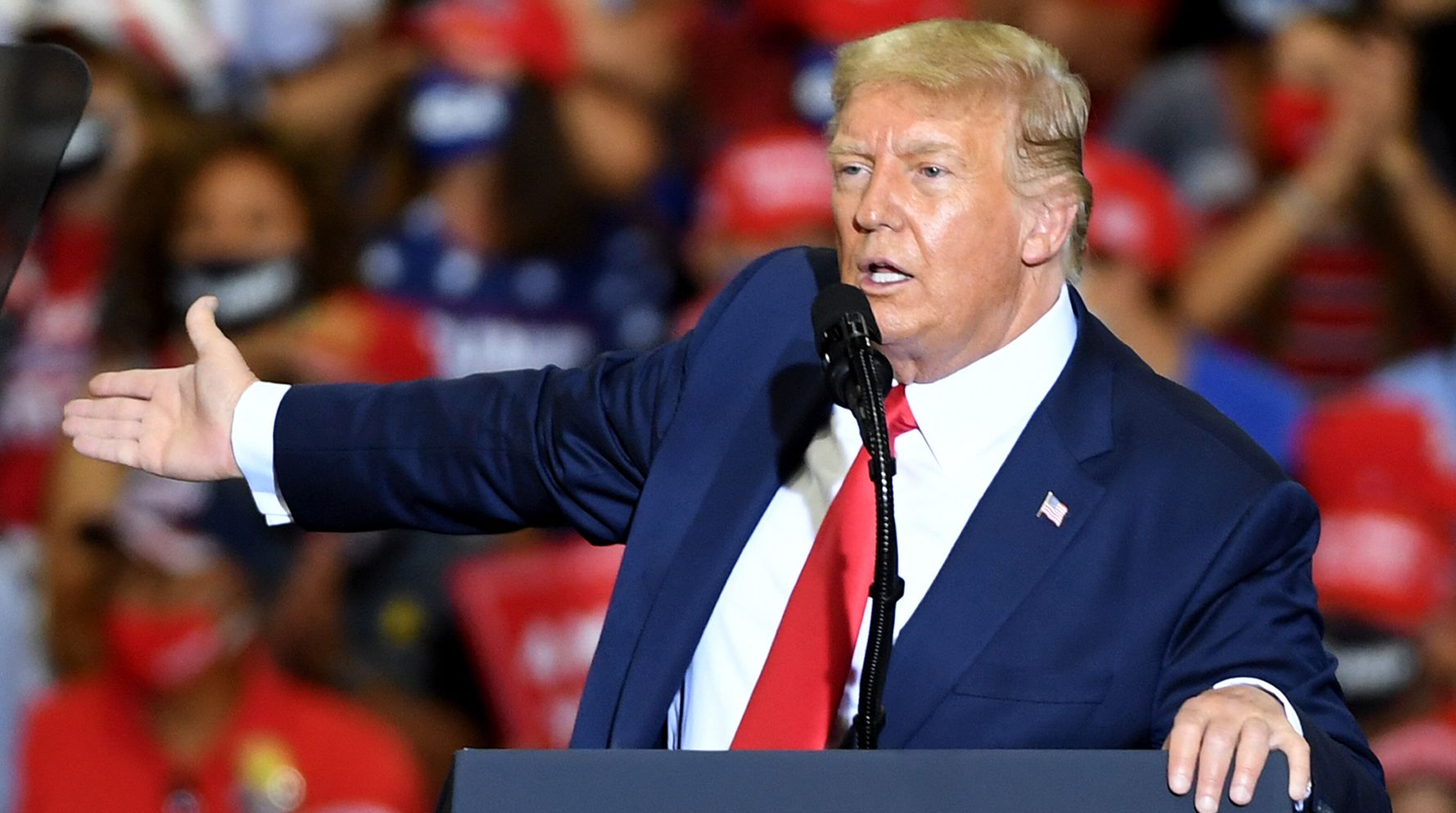 Democrats are very suspicious of President Donald Trump’s big promises to develop and bring to market a vaccine for the coronavirus before the end of the year.

They fear the president and his political appointees at the Department of Health and Human Services will pressure scientists, regulators and drugmakers into releasing an insufficiently safe or effective vaccine in order to help bolster Trump’s reelection chances in November.

Republicans, meanwhile, say Democrats are guilty of sowing doubt about a potential vaccine by engaging in what they’ve called unfounded and irresponsible conspiracy theories driven primarily by Democrats’ opposition to Trump.

The heated fight over a vaccine marks yet another way in which the COVID-19 pandemic is dominating the campaign ― in both the presidential race and down-ballot contests ― during the final weeks before Election Day.

“I would be hesitant, but I’m going to ask a lot of questions. I think that is incumbent on all of us right now, in this environment, with the way we’ve seen politics intervening in Washington,” said Democratic Senate candidate Cal Cunningham during a Monday debate against Sen. Thom Tillis (R-N.C.) when asked if he would take a vaccine if one were available before the end of the year.

“That statement puts lives at risk,” shot back Tillis, who is considered vulnerable in this year’s election. Tillis’ campaign later clipped the exchange for a digital ad. Some North Carolina political commentators called the moment a “gaffe” by Cunningham.

Polls show that most Americans don’t trust what Trump has said about a vaccine and that they have concerns about political pressure by the Trump administration and whether it might lead to an unsafe and rushed product. One recent poll found as few as 50% of people in the U.S. are committed to taking a coronavirus vaccine.

It’s not hard to see why there’s so much mistrust.

Trump appointees at HHS, for example, pushed to change the Centers for Disease Control and Prevention’s weekly reports on disease outbreaks, which they believed were unflattering to the president. One official even accused CDC scientists of engaging in “sedition” in their handling of the pandemic. Two of Trump’s appointees at the Food and Drug Administration, meanwhile, have been ousted in the wake of the agency’s botched announcement about an experimental COVID-19 therapy that the president talked up.

The president maintains that politics has nothing to do with his push for a vaccine much sooner than the experts said was likely, while also claiming the nation could see one as early as a “matter of weeks.”

“I’m not doing it for political reasons. I want the vaccine fast,” Trump said Tuesday in an interview on “Fox & Friends.” “You wouldn’t have a vaccine for years. … I speeded up the process with the FDA. … We’re going to have a vaccine in a matter of weeks ― it could be four weeks, it could be eight weeks.”

The rollout of a vaccine ― or even merely the announcement of a vaccine ― before November would plainly aid Trump’s reelection bid. The president has shown no qualms about marshaling the powers of the federal government to help his campaign, including staging pardon and naturalization ceremonies as part of the GOP’s official nominating convention last month, so it’s not entirely far-fetched that he might do so again.

Asked on CNN’s “State of the Union” earlier this month if she would take a vaccine that was approved and distributed before the election, Democratic vice presidential nominee Kamala Harris said, “I would not trust Donald Trump, and it would have to be a credible source of information that talks about the efficacy and the reliability of whatever he’s talking about. I will not take his word for it.”

Top health officials and drug company executives have vowed not to skimp on safety or efficacy as they work to test and develop a vaccine for the coronavirus. At least three vaccine candidates are in Phase 3 clinical trials in the United States.

“There will be no shortcuts. This vaccine will be safe. It will be effective. Or it won’t get moved along,” Surgeon General Dr. Jerome Adams told lawmakers at a congressional hearing earlier this month. “And when a vaccine is either approved or authorized by the FDA, I and my family will be in line to get it.”

But Democrats remain skeptical about promises from Trump’s political appointees and their meddling in health agencies like the FDA and the CDC.

”It has become abundantly clear that the leadership at the Department of Health and Human Services has allowed perhaps the most important federal agency right now to become subservient to the president’s daily whims,” Senate Minority Leader Chuck Schumer (D-N.Y.) said Tuesday, calling on HHS Secretary Alex Azar to resign.

Sen. Elizabeth Warren (D-Mass.) joined over a dozen other Senate Democrats in asking the FDA to commit to a transparent review process for potential vaccines.

“We are concerned that the accelerated timeline and intense political pressure around the vaccine development process could have the unintended consequence of undermining public confidence in the safety and quality of an eventual vaccine,” the senators wrote in a letter on Monday.