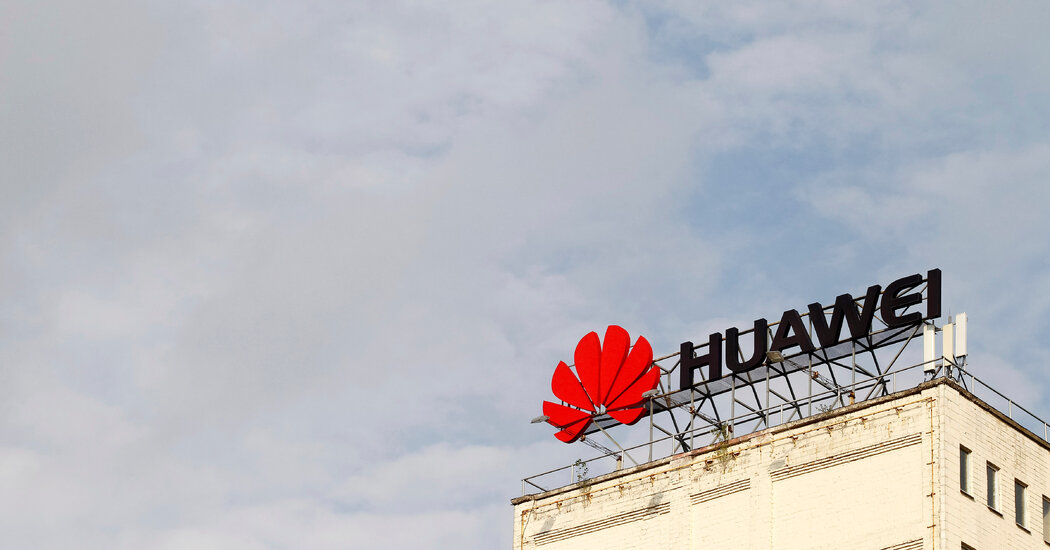 But dig deeper and China’s position looks weaker. Take Huawei, which the Trump administration argues exemplifies Beijing’s unfair state subsidies and corporate espionage. The company also represents the best of Chinese tech: It has capable products at competitive prices, and its smartphones and 5G equipment have found willing customers worldwide.

Huawei also illustrates China’s deep dependence on foreign — especially American — technology. As of Sept. 15, new Commerce Department regulations make it almost impossible for any company to sell Huawei computer chips without a license from the American government. But China cannot produce most of the essential advanced chips on its own. Beijing’s reliance on American tech demonstrates the United States’ extraordinary economic power — and how America’s slipping technological edge puts this power at risk.

Today’s advanced computer chips cannot be designed or manufactured without American tech. American firms like Cadence Design Systems and Lam Research make products that are all but irreplaceable. By cutting off access to these products and the chips they produce, the Commerce Department can halt the operations of almost any tech company worldwide.

Even companies outside the United States therefore must follow these new rules. ASML, a Netherlands-based company that is the world’s only maker of the most advanced photolithography machines that use particles of light to carve circuits onto silicon wafers, has stopped selling its most advanced equipment to China. TSMC of Taiwan, one of the world’s leading producers of semiconductors, has said it will halt production for Huawei after the Commerce Department regulations take force.

Access to chips is crucial to any tech company — and Huawei has admitted it is already running out. Without chips, “What products can we still make?,” a Huawei employee has asked. The answer: not much. Fearing further pressure from the United States and seeing little hope for the future, some of Huawei’s top employees have already left the company. Huawei insists that it will soldier on. But it is hard to see how the company’s main products — like 5G equipment, network gear, smartphones and cloud computing services — will survive without access to chips.

China’s leading chip manufacturer, SMIC, is scrambling to build chips as small as 40 nanometers — billionths of a meter — without American technology. This might sound small, but today’s cutting edge is five nanometers. Even if China’s race to “de-Americanize” production at 40 nanometers succeeds, it will have built a chip as cutting edge as a flip phone.

Much as Beijing would like to, hardly any industry analysts expect China to wean itself off American tech soon. There’s just no way to create an entire industry from scratch, especially one that requires producing at the scale of nanometers. Beijing has no choice but to buy an estimated $300 billion worth of chips from abroad this year, more than it spends on any other product.

Huawei’s digital decapitation is a shocking display of American power. At the whim of the American president, any other Chinese tech company could suffer such a fate. Imagine if a foreign power could do the same to Google or Amazon.

But Washington’s leverage says more about America’s past success than its future trajectory. The United States is at the center of the global chip industry because of many years of investment in research and development, innovation that produced new products and vast profits — and powerful tools to use against geopolitical rivals. When it comes to Huawei, the Trump administration is cashing in chips that it took decades of research and development to accumulate.

Look into the future and the American position seems less promising. The United States’ technology lead is waning. The country remains dominant in chip design but has lost the lead in manufacturing to Taiwan. There are risks in chip design, too. Huawei’s design subsidiary HiSilicon had made serious strides in smartphone processors even before the new American restrictions.

Moreover, Washington’s weaponization of supply chains gives allies and adversaries alike a powerful reason to reduce their reliance on American products. Beijing has set up a $29 billion fund to support domestic chip technology. SMIC raised $7.6 billion in July. With funding like this, China is certain to make progress. And American allies like Taiwan and South Korea have their own programs to boost chip development.

This makes it all the more important that the United States not misinterpret the lessons from its pressure on Huawei. Washington has shown that it knows how to wield its technological power. But it is one thing to use power and another to accumulate it. The campaign against Huawei works only because other countries rely on American technology. Now they have an incentive to diversify. And the American position is no longer as unassailable as it once was. If the United States’ technological edge keeps slipping, the strangulation of Huawei could mark the peak of American power over the world’s tech companies.

Chris Miller (@crmiller1) is an assistant professor at the Fletcher School of Law and Diplomacy at Tufts University. He is working on a book about the political history of the computer chip, from the space race to the present.