The acclaimed British classical actor Barbara Jefford, whose career spanned seven decades, has died at the age of 90. Her death on Saturday was announced by United Agents on behalf of her family. The statement called Jefford a “warm and generous woman, a sensational actress, and a dear friend who will be missed by many”.

The playwright Tanika Gupta, whose 2002 drama Sanctuary starred Jefford, was among those paying tribute. Gupta called Jefford “a brilliant actor” who was also “great with new writing”. 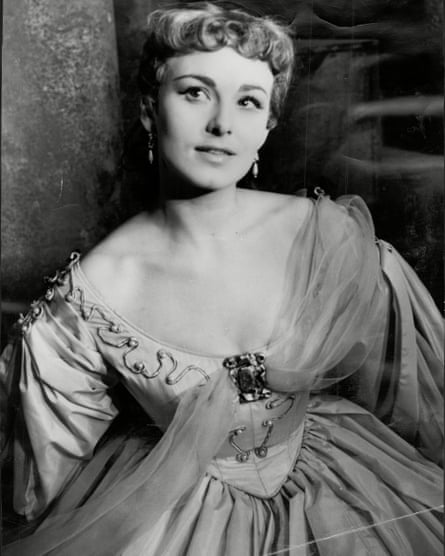 Over her long career, Jefford – who was born in Devon – excelled in Shakespearean roles. Soon after leaving Rada she arrived at the Royal Shakespeare Company, where she played Isabella in Peter Brook’s 1950 production of Measure for Measure. She portrayed Othello’s Desdemona, As You Like It’s Rosalind and Kate in The Taming of the Shrew among other roles in the early 50s before leaving Stratford. She went on to appear at the Old Vic, the National Theatre and in New York as Ophelia and Lady Macbeth. In 1965 she was awarded an OBE for service to the theatre – the youngest ever recipient of the award. Decades later, she was Volumnia opposite Ralph Fiennes’s Coriolanus in London and Queen Margaret opposite Kenneth Branagh in Richard III in Sheffield.

Her rich film career included Federico Fellini’s And the Ship Sails On, Stephen Frears’ Philomena, Roman Polanski’s The Ninth Gate and Terence Davies’ film of Terrence Rattigan’s The Deep Blue Sea. Her mesmerising monologue as Molly Bloom, in Joseph Strick’s film of Ulysses, brought her a Bafta nomination in 1968.

In a tribute marking her 90th birthday earlier this year, the Guardian’s Michael Billington wrote that he first became aware of Jefford’s range when, in 1960, he saw her play Lady Macbeth, Saint Joan and “a crisply acidulous, very funny Gwendolen in The Importance of Being Earnest” in a single week during an Old Vic tour to Oxford. He concluded: “There didn’t seem anything Jefford couldn’t play.”