Alpina is looking to fill the shoes of the B6 Gran Coupe with its own interpretation of the BMW 8-Series Gran Coupe, which should be joined by the B8 versions of the 8-Series Coupe and Convertible.

Likely named the B8 Gran Coupe, it was already spied on the road a couple of weeks ago, yet that prototype was an early tester, whereas the latest one seen at the Nurburgring is a bit more advanced, considering that it was wearing a different body kit. 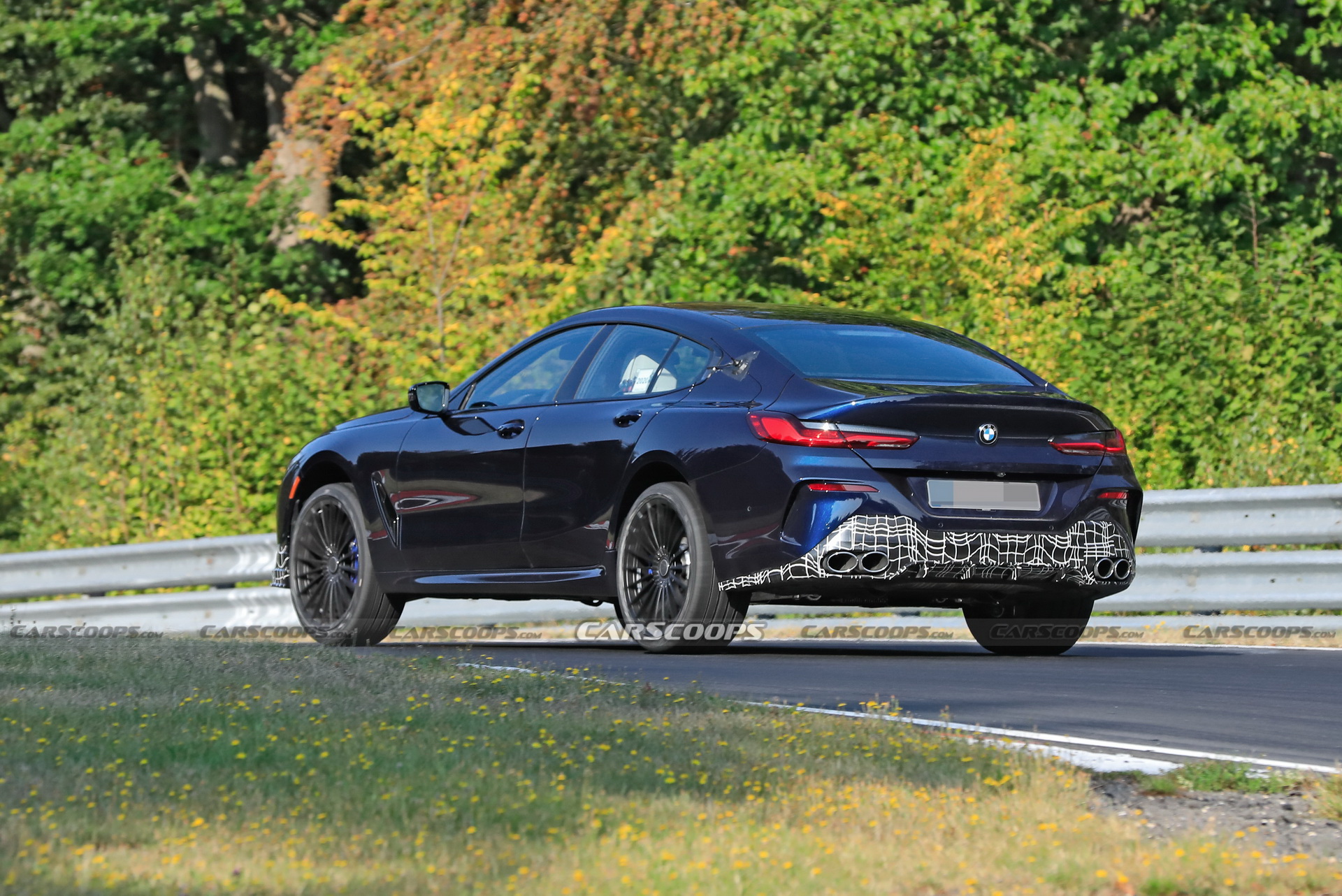 Compared to our previous sighting, the front and rear bumpers have been tweaked and there is also a new rear diffuser that is slightly more aggressive compared to the M850i GC on which the car is based. It also sports the model-specific quad exhaust pipes and multi-spoke alloy wheels, but the BMW logos had yet to be replaced by Alpina’s own badging – at least the xDrive and M850i emblems are gone.

Besides the revised looks, the new B8 Gran Coupe will boast a unique suspension set-up and upgraded brakes, as well as a re-trimmed cabin as is the case with all Alpina models.

Alpina’s B8 Gran Coupe is probably a few months away from being introduced, with some reports claiming that it might arrive in the first half of 2021.