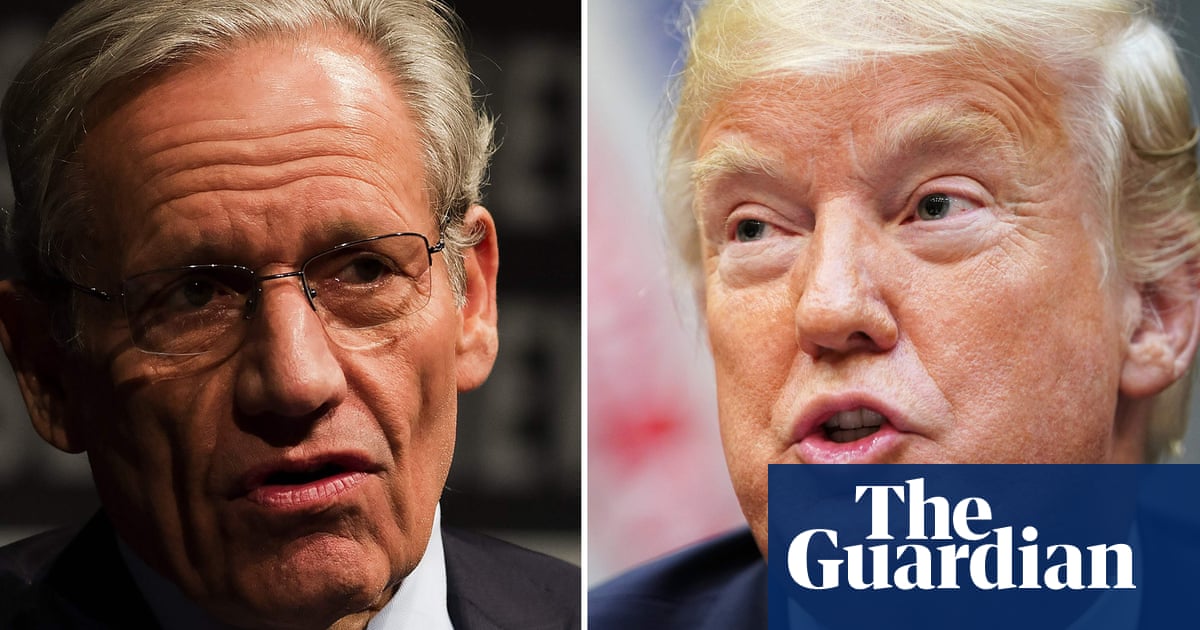 Donald Trump asked Bob Woodward to include the deal between Israel and the United Arab Emirates in his book Rage, the author said on Sunday night – and when told that was not possible, tweeted that the book was “gonna be fake”.

Woodward’s book is based on 17 on-the-record conversations with the president and has stoked huge controversy, seemingly guaranteeing equally huge sales when it hits shelves on Tuesday. Simon & Schuster’s initial print run was reportedly 1.3m copies.

Trump’s confession that he played down the danger from the coronavirus has dealt him a severe blow as his re-election fight against Joe Biden continues. To boost that campaign, the administration has presented a series of diplomatic deals as evidence of success on the world stage.

In an interview with CBS 60 Minutes, Woodward said he spoke to Trump again on 14 August.

“It’s a tough book,” Woodward said he told the president. “There are going to be things that you are not gonna like, judgments that I made.”

“An hour and a half later,” Woodward said, “he tweeted out that the Bob Woodward book is gonna be fake.”

“The Bob Woodward book will be a FAKE, as always, just as many of the others have been,” Trump’s tweet read.

Woodward made his name with Carl Bernstein nearly 50 years ago, reporting the Watergate scandal which brought down Richard Nixon. He has shared two Pulitzer prizes and Rage is his second Trump book, after the bestseller Fear.

Woodward continued his publicity tour on Monday, speaking to NBC’s Today, again defending his decision to save tapes of Trump admitting to playing down the coronavirus threat for a book which arrives with more than 190,000 dead in the US.

Regarding foreign policy, NBC played a hitherto unheard tape of Trump discussing his relationships with autocratic and repressive world leaders.

“I get on very well with Erdoğan,” Trump said, referring to the president of Turkey. “Everyone says ‘what a horrible guy’ but for me it works out. It’s funny, the relationships I have, the tougher and meaner they are, the better I get along with them. Explain that to me someday, OK, but maybe it’s not a bad thing.

“The easy ones are maybe the ones I don’t like as much or don’t get along with as much.”

Mohammad bin Salman, the Saudi crown prince, is believed to have ordered the killing and dismemberment of Jamal Khashoggi, a contributor to Woodward’s paper, the Washington Post.

In Rage, Woodward reports that Trump said he was “happy” that MBS has denied complicity in the murder and also said of the prince: “I saved his ass.”

“He is the face of the United States to the world,” Woodward told NBC. “And he has said, ‘Hey look, I get along with these bad guys, but not the good guys.”

Woodward’s conclusion to Rage seems set to go down in posterity.

“When his performance as president is taken in its entirety,” he writes, “I can only reach one conclusion: Trump is the wrong man for the job.”

He told CBS it was “a conclusion based on evidence, overwhelming evidence, that he could not rise to the occasion with the virus and tell the truth. And one of the things that President Trump told me, ‘In the presidency, there’s always dynamite behind the door.’

“The real dynamite is President Trump. He is the dynamite.”