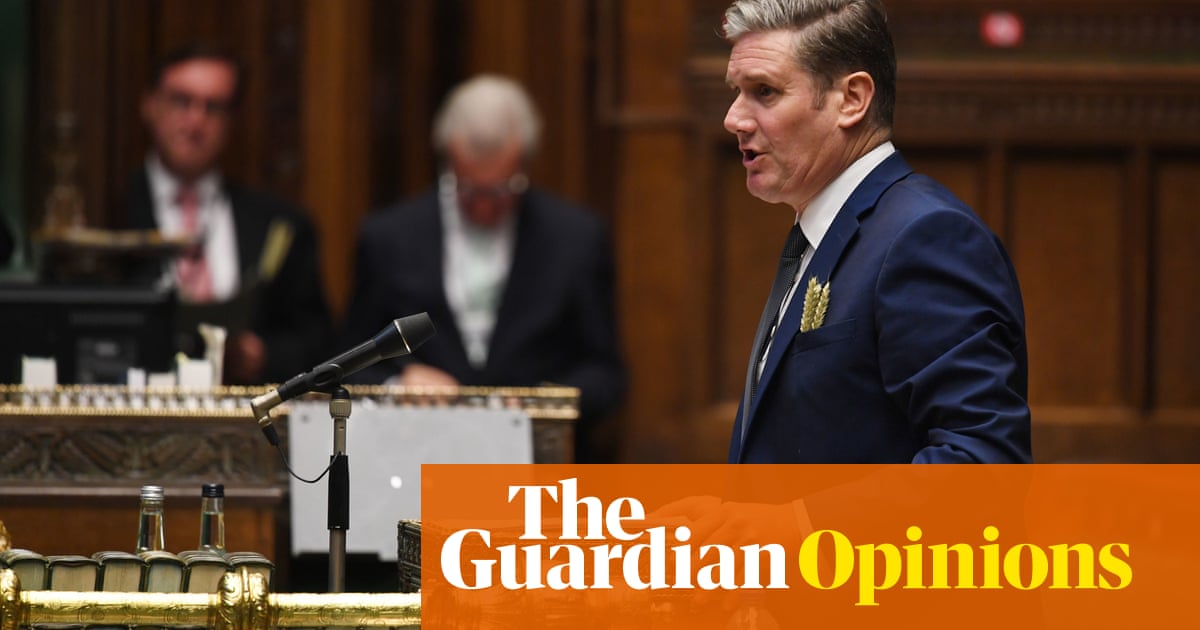 Why is the opposition leader, Keir Starmer, being so kind to Boris Johnson over Brexit? In the Commons last week he decorously downplayed the prime minister’s conversion to law-breaking. At the weekend he gently told Telegraph readers it was “wrong” but pleaded for everyone to “stop banging on about Europe”. Tory grandees and backbenchers are left howling for Johnson’s blood while Starmer says “tut-tut” and wishes the issue would go away.

The Labour leader clearly holds to the old maxim that when a government is split a wise opposition stays silent. But Johnson is in a strong position. He has a majority of 80 and deploys personal loyalty ruthlessly. He asserts that his Brexit internal market bill is just an “insurance policy” should the Brexit talks fail, and they have not failed, yet. They have days, even weeks, to run. Johnson’s brain does not go beyond weeks.

That is not good enough. Johnson’s bill may be an insurance policy, but he personally enshrined an opposite policy in a treaty less than a year ago, asserting that nothing should impede trade between northern and southern Ireland. He now says if his talks fail, such an assertion “would lead to the break-up of the United Kingdom”. What changed, other than the prime ministerial memory?

The new bill falls foul of any known definition of the law, as a battery of former government law officers have declared, including the Johnson loyalist Geoffrey Cox. Yet Johnson also boasts that no deal would mean Britain “prospering mightily”, and his regular interventions seem designed to push the talks towards failure. It is like your insurer telling you after a car crash that he disabled the steering, before advising you to shoot the offending driver.

Labour has long felt trapped by Brexit. The issue has divided it from much of its working-class support. Starmer now accepts that Brexit is an accomplished fact. But we still do not know where he stands on such key negotiating issues as fishing and state aid to ailing firms, let alone a European single market. He seems frozen by indecision.

Brexit is no longer the issue. Free trade is the issue. A trade deal is not win-lose, but win-win for both sides. Starmer is emerging as a plausible future prime minister in a desperately empty field. Like his possible rival, the chancellor Rishi Sunak, he must know that no-deal Brexit would be disastrous for the British economy, not least if a terrorised and unstable prime minister continues his Covid restrictions into the new year.

Failure to reach an open-borders deal with the EU should be unthinkable. Labour should not leave this to the “Tory opposition”. Starmer should deploy every conceivable parliamentary device to ensure a trade deal – plotting with minority parties, mobilising the House of Lords, stopping the clock, whatever. Day and night, he should be tearing Johnson’s insurance policy to shreds.

• Simon Jenkins is a Guardian columnist