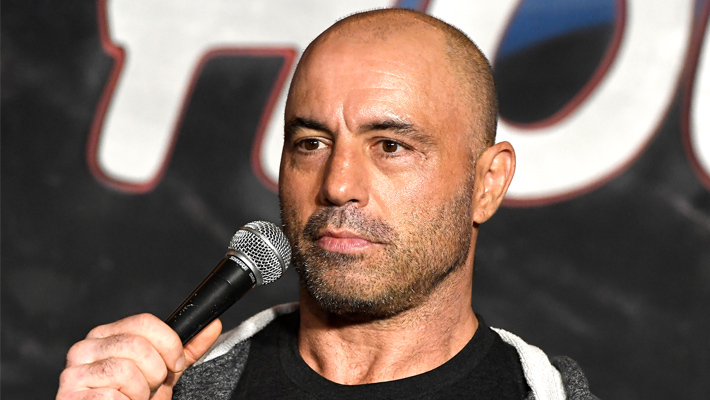 My car was covered in ash this morning and the sky up and down California looks like the first act of Interstellar right now, but I’d be lying if I said I wasn’t slightly cheered by this morning’s Twitter development. In case you missed it, that was when the sitting president of the United States of America, Donald Trump, challenged Democratic nominee Joe Biden to a debate on the Joe Rogan podcast. Which he did by quote-tweeting ex-UFC middleweight contender Tim Kennedy (who totally got hosed against Yoel Romero, but that’s for another article).

If anything, Idiocracy just wasn’t weird enough. 2020 has been depressing and apocalyptic, but at least now it’s finally becoming art. I can’t think of a better way to ride out the fires and floods and locusts than listening to two increasingly senile used car salesmen trade insults mediated by your over-earnest gym partner microdosing on DMT. This is America, 2020.

Joe Rogan gets a lot of criticism for normalizing all the rightwing wackos he has on his show, and justifiably so, but he’s also one of the few representations of what a genuine swing voter looks like. And he’s not some mythical centrist composite cooked up by cable news who likes social programs but is concerned about the national debt, he’s your mostly apolitical cousin who’s really into custom metalwork and might one day get drawn into a multi-level marketing scheme via Twitch. As “liberal” media increasingly moves towards up-to-the-minute fact-checking as a solution to this age of schizophrenic misinformation, Joe Rogan gets 200 million monthly listeners by earnestly “yes-and”-ing virtually any idea in the universe for three barely-edited hours on end.

Maybe there’s a lesson in that? I honestly don’t know. But as a legitimately credulous, genuinely persuadable swing voter, Joe Rogan actually seems like the perfect debate moderator. He’s the presidential debate moderator we deserve.

All of which got us to thinking: what would some of the topics be at a Joe Rogan-moderated presidential debate? Here are some of our predictions:

Should the US government try to negotiate better prices on nootropics?

Are you in favor of increasing the number of paleo options for underprivileged school children?
Should microdosing be taught in schools?

Would you be willing to support discounted sensory deprivation tanks for first responders?

Are you capable of moving the Israeli embassy to Area 51?

Should the Oscars institute new rules to facilitate more Dagestani representation in film?

Should police departments outlaw the use of the rubber guard?

Would your administration push to rename or remove statues and monuments of historical figures found to have been inspired by aliens?

Is our national infrastructure as prepared as it could be for an inevitable chimpanzee uprising?

Would you consider mandatory kettlebell programs for potential school shooters?

Has Doctor Fauci looked into the effects of ketosis on the novel coronavirus?

Should the US military move to contain China’s growing influence in the Pacific region or is what we think of as reality actually just a simulation?

Are you in favor of legalizing the 12-to-6 elbow?

How detailed is your plan for confronting the sasquatch?

Would you appoint Dan Carlin to run the Department Of Education in order to advance our children’s understanding of historical weaponry?
Which candidate, if elected, is willing to commit to bringing back Pride rules?

Are you in favor of a voucher program to increase parental choice in elk hunting?

These are just some of the issues facing America today and we deserve to know where each candidate stands.

(Thanks to Joey Devine from the Roundball Rock podcast for his input on some of these topics).