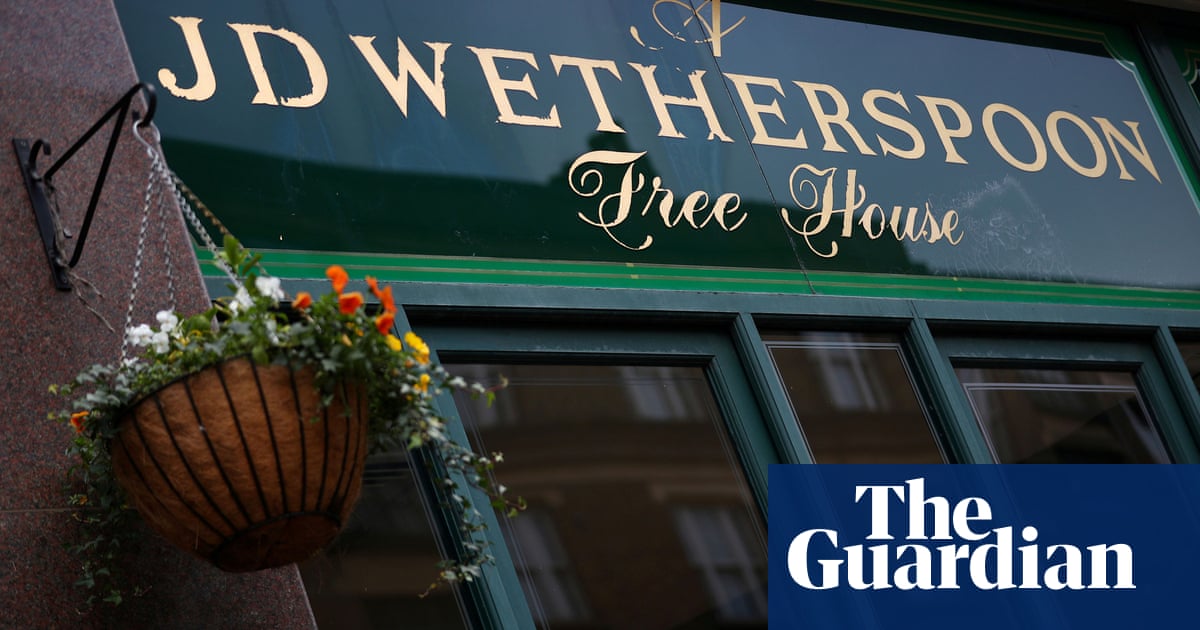 JD Wetherspoon has said 66 employees out of its workforce of more than 41,000 have tested positive for Covid-19 as it maintained that its pubs are safe for drinkers and diners.

The firm’s announcement came after concerns were raised last month that the chain was failing to prevent overcrowding in its pubs, which are popular with young people due to their comparatively low prices for alcohol and food.

The company said it had 32m customer visits to its 861 pubs open in the 10 weeks since 4 July. During this period, 66 of its 41,564 staff tested positive for coronavirus.

It said 811 pubs had reported no positive tests. Most of the reported cases have been mild or asymptomatic and 28 of the 66 employees have returned to work, after self-isolating in accordance with medical guidelines.

The JD Wetherspoon chairman, Tim Martin, said it was wrong to say pubs were dangerous places, and accused the press of fuelling negative views about pubs with inaccurate headlines. “The situation with regard to pubs has been widely misunderstood,” he said.

“In fact, trade was very quiet over the weekend, as the public weighed up the evidence about the alleged dangers of going out – Wetherspoon sales were 22.5% below the equivalent Saturday last year.

“It is clearly not the case that pubs are ‘dangerous places to be’. There have been more positive cases at one farm in Hereford than at all Wetherspoon pubs – and over four times as many at one sandwich-making facility in Northampton.”

Martin said handwashing and physical distancing, as practised by most pubs, worked, quoting the Swedish epidemiologist Johan Giesecke. He said JD Wetherspoon had invested £15m in physical distancing and hygiene measures, including reducing capacity, spacing out tables, the installation of screens between tables and around tills, and an average of 10 hand sanitisers for each pub.

Martin added: “If pubs are closed, or restricted so much that they become unprofitable, a great deal of the strenuous effort of the hospitality industry’s 3.2 million employees, currently engaged on upholding hygiene and social distancing standards, will be lost – leaving the public to socialise at home or elsewhere, in unsupervised circumstances.

“Although it is clearly possible for Covid-19 infections to take place in pubs and shops, the evidence indicates that the risk is low, provided social distancing and hygiene rules are followed, and common sense is used.”

Martin praised Sweden’s approach, which he said was based on trusting the public and “this will eventually lead to far superior results”.

“The UK has adopted a colossally expensive ‘big brother’ approach, based on exhortation, lockdowns, bewilderingly frequent changes of direction and other heavy-handed initiatives,” he said.