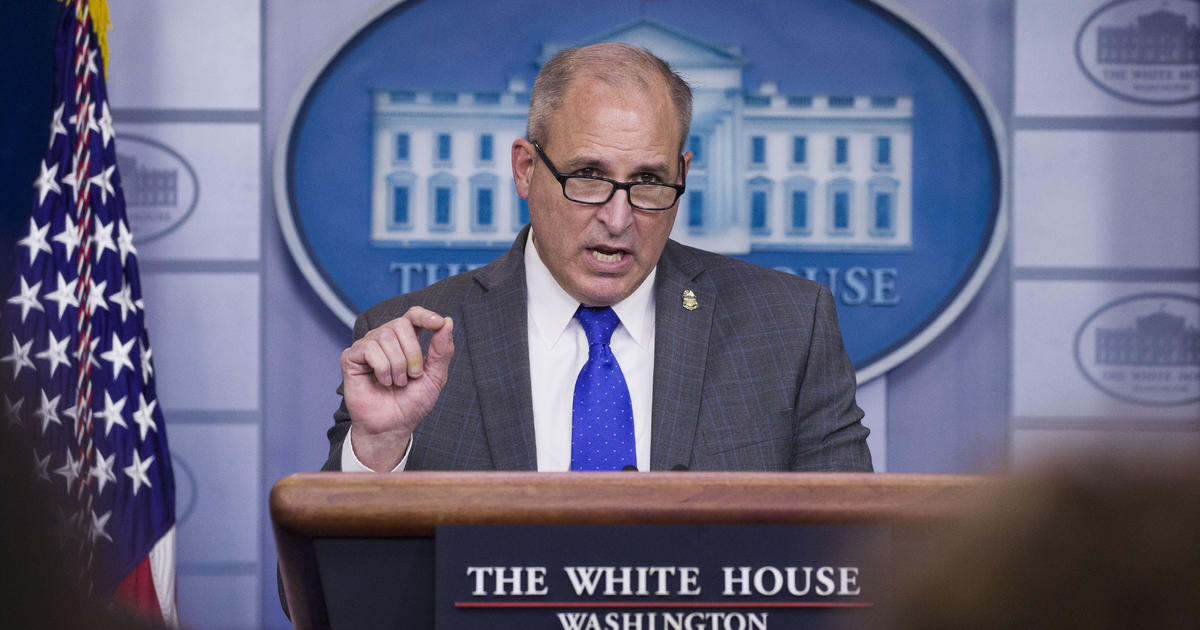 The U.S. on Monday blocked imports from four companies and a manufacturing facility in northwestern China suspected of using forced labor from people detained as part of a sweeping crackdown on ethnic minorities in the region.

Companies that ship clothing and other cotton goods, computer parts and hair products from the Xinjiang region were named in the order issued by U.S. Customs and Border Protection.

The manufacturing facility is a center where Uighurs and other minorities have been detained and compelled to produce goods for export to the U.S. and elsewhere.

“Forced labor is an atrocious human rights abuse that is completely against the values that we all share,” acting Customs and Border Protection Commissioner Mark Morgan said as he announced the orders on a call with reporters.

The U.S. is considering a broader ban on cotton, textiles and tomatoes from Xinjiang but the new orders are a more limited step. Ken Cuccinelli, the acting deputy secretary of the Department of Homeland Security, said the Trump administration is still studying the more sweeping measure.

The facility was identified as the Lop County No. 4 Vocational Skills Education and Training Center in Xinjiang. CBP says it has information that “reasonably indicates” the facility uses prison labor to make hair products and other goods.

CBP did not identify any U.S. companies that do business with the named entities.

Chinese authorities have detained more than a million people — from mostly Muslim ethnic groups that include Uighurs, Kazakhs and Kyrgyz — in a vast network of detention centers as part of an assimilation campaign.

China has denied widespread and consistent reports of abuse and mistreatment of the Uighurs and other minorities, defending the campaign as an effort to crack down on extremism. It claims the detention camps are for vocational and Chinese language training.

Nevertheless, the issue has become a source of friction between the U.S. and China amid tensions that have escalated under President Donald Trump.

CBP issued what is known as a “withhold release order,” which blocks shipments from the companies and facility at U.S. ports unless companies involved can prove the goods were produced without the use of forced labor.

The 1930 Tariff Act prohibits imports produced with prison or slave labor to ensure fair competition with U.S. manufacturers. Enforcement has increased since the law was strengthened in 2016 under President Barack Obama.

In August, CBP issued an order to halt to imports from Shanghai-based Hero Vast Group for using prison labor to make clothing that was exported to the United States. It also issued detention orders earlier this year on hair weaves and other beauty products produced in Xinjiang by a company suspected of involvement in human rights abuses.