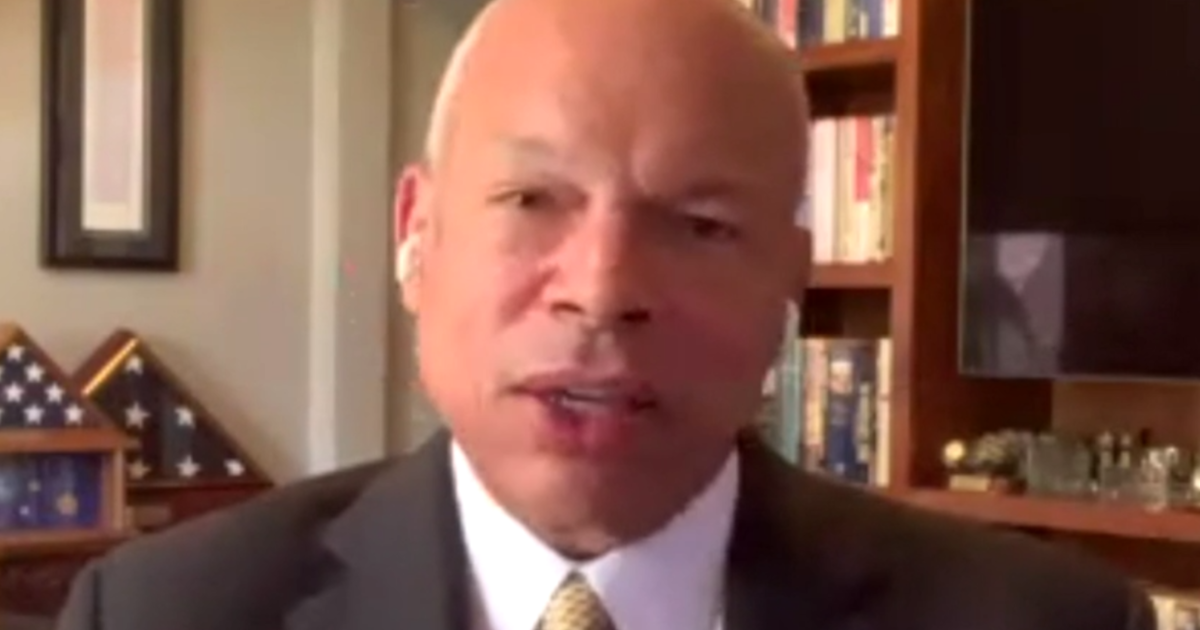 President Donald Trump’s defense for admittedly downplaying the risks of the coronavirus is “disingenuous,” former Secretary of Homeland Security Jeh Johnson said Monday. Mr. Trump told journalist Bob Woodward in taped interviews that he did not want to panic the public by leveling with them about the virus in the early months of the pandemic.

In early February, Mr. Trump told Woodward that the virus was “more deadly” than “even your strenuous flus” and that it’s difficult to stop because “it goes through air.” But publicly, he often said the virus would “go away” and on March 19, he told Woodward, “I wanted to always play it down. I still like playing it down because I don’t want to create a panic.”

But Johnson said Mr. Trump’s “entire campaign strategy” for reelection this year “is to create panic and instill fear in the American people.”

“When he talks about how election night is going to be a disaster, how if Joe Biden is elected, he’s going to bring in Cory Booker to destroy the suburbs — you’ll recall, two years ago, during the midterms, he talked about caravans marching toward the southern border from Central America,” Johnson said.

“The nation with the most powerful public health care apparatus has had the poorest public health care response, and that is due largely to a failure of national leadership from the beginning to tell the American people the truth about the dangers that we face,” he said.

Since the pandemic began, more than 194,000 Americans have died.

Johnson said that by mid April, the country knew how to combat the virus through social distancing, wearing masks, practicing in good hygiene and staying at home.

“But, tragically, we’ve continued to see surges across the country because our national leadership has not been truthful with us about the things we need to do, and has encouraged the American people to let their guard down, get sloppy, go to mass gatherings and the like. And so we are now, as I speak, approaching 200,000 dead here in this country as a result,” he said.

Calling the policy “aggressive,” Johnson warned that it simply encourages people to find another way to cross the border.

“Up until this year, what migrants would do is they cross the border, and they would assume that they would be apprehended by our Border Patrol, and then they’d make a case for asylum,” Johnson said. “Now, with the implication of this law, we’re probably simply just encouraging migrants to avoid capture and get into our country undetected.”