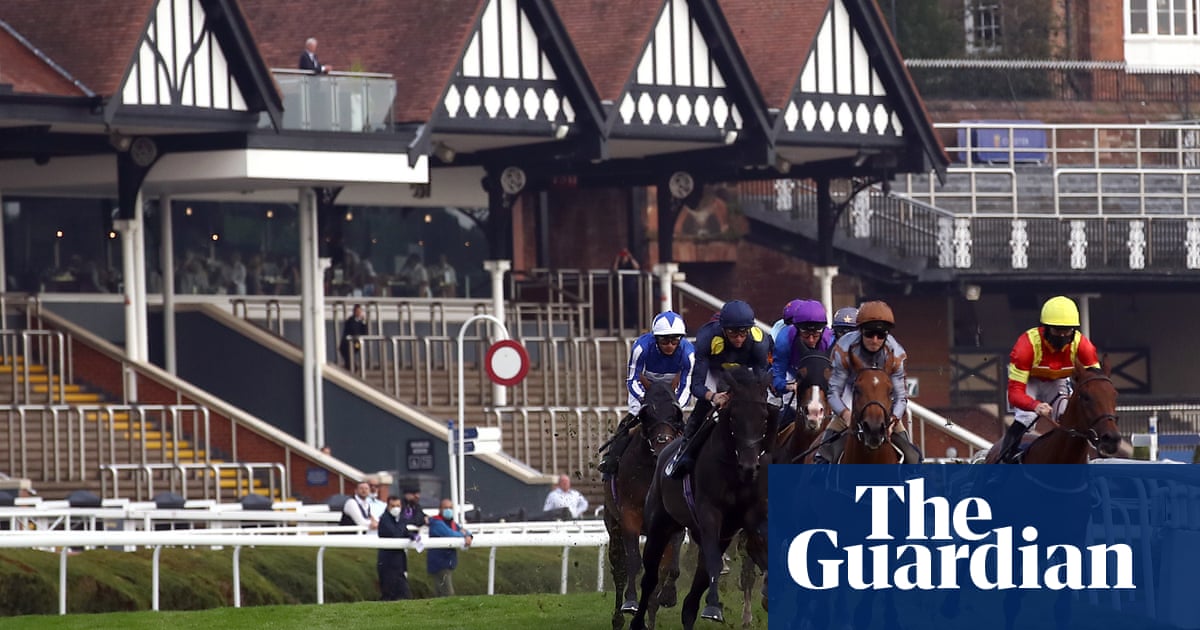 After an absorbing weekend of top-quality races around Europe, Monday morning brings a sharp reminder that the sport is in the depths of a crisis from which parts of it may not recover. Officials at Chester racecourse have told the Racing Post they would not be able to race next year if the only option was to continue behind closed doors.

“If we were told we weren’t having a crowd next year, we wouldn’t be racing behind closed doors at Chester because we couldn’t afford to do it,” the track’s chief executive, Richard Thomas, is quoted as saying. “You wouldn’t see Chester at all. We’d have to mothball the whole business, which is really scary.”

Speaking to The Guardian, Thomas confirmed that view, though he clarified that it was based on someone in government saying now that crowds would be impossible through 2021. “I’m sure we won’t be told that, because there’s no foresight at the moment. But we just couldn’t carry on, racing behind closed doors.

“We’re constantly looking at every model. We’re modelling for a full crowd, which wouldn’t be up to the levels of 2019, because some people will be nervous even if crowds are allowed, and there’ll be a recession. Maybe we’d get 70% to 80% of previous demand. But at the other end, we’re looking at having many fewer people and premiumising some of the areas.”

Prize money levels are currently being propped up by the sport’s central funds but no one imagines that situation can continue far into the new year. “There’s only so much reserve in the levy,” Thomas said. “It doesn’t bear thinking about but when you hear of football clubs at risk of going into administration, that will be a serious thought for a lot of people.”

Thomas is struck by the oddity of the current situation, as restaurants and bars on the site of Chester racecourse are allowed to open during non-racedays and are keeping reasonably busy, with no more than six to a table, social distancing in force and track and trace rules followed. But when racing’s on, those have to be closed.

“It does seem strange, when we have these huge open spaces, where we can operate with crowds at a reduced level in a very safe way but we’re not allowed to do so. You could bring back some sort of normality quite easily.”

Chester’s season is nearly finished. Ticket sales for next year would normally begin in October but that has been postponed until January. When racing is due to resume in May, what does Thomas expect?

“That’s an almost impossible question. When we started all this in March, we said: ‘This can’t continue for the whole season,’ and here we are, the whole season’s gone. If we have a winter of partial lockdowns, when is there going to be enough confidence for the government to try bringing things back towards normality?” CC

Had he been able to pick a season to be his first full campaign with a licence, George Boughey would probably not have chosen one with a two-and-a-half-month suspension and much-reduced prize money. He is making an excellent fist of it, however, with 21 winners from 75 runners so far – an exceptional strike-rate of 28% – and Revolutionary Man (2.55) could well be another when he makes his debut for the yard at Lingfield.

The five-year-old joined Boughey after finally breaking his maiden at the 13th attempt in an amateurs’ handicap over course-and-distance last month and, while he does not have as much scope for progress as the lightly raced favourite, Stopnsearch, he won in a decent time, is up just 3lb in the ratings and has some decent form off much higher marks in his back catalogue. A price of around 6-1 looks generous in a race without as much depth as a double-figure field might suggest.

Katherine Place (3.55) has fair prospects on the same card, while Nirodha (2.05) and Redemptive (1.30) have obvious chances on the card at Thirsk (though not as obvious as that of Lady G in the novice event, who could well be the shortest-priced favourite on the Flat all year).