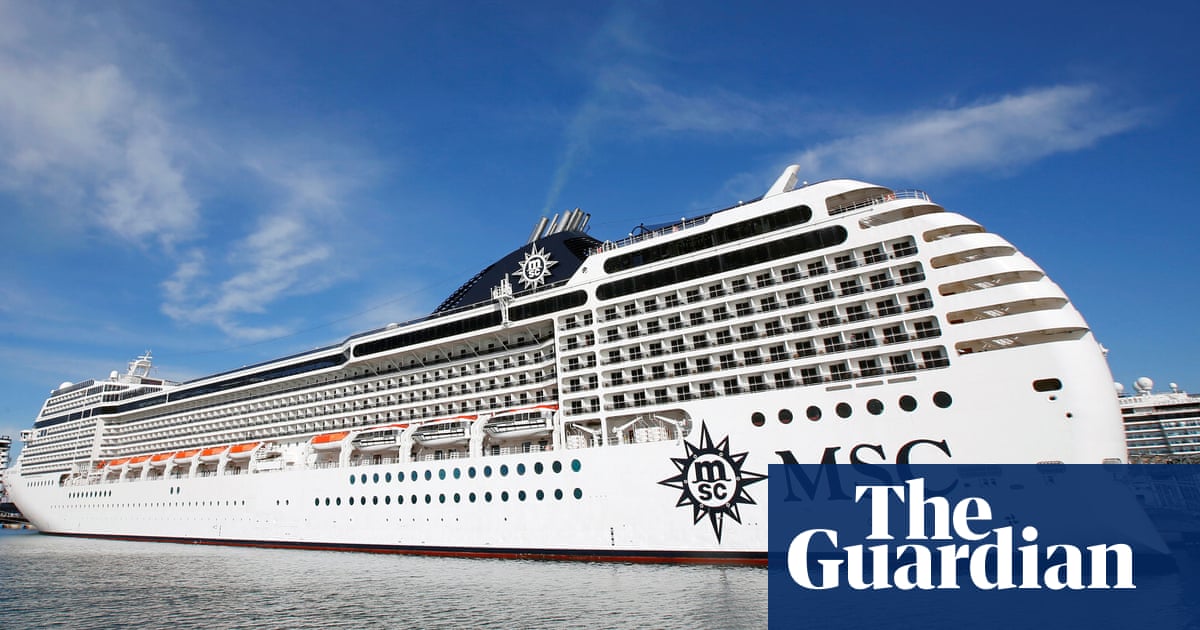 Dozens of Mauritian cruise ship workers who were stranded off the coast of Brazil throughout the pandemic have finally started their journey home after desperate appeals to return.

A crew member representing the 101 workers, who have been at anchor on three ships off Santos in southern Brazil, said they had not been paid for over six months by the cruise line MSC, one of the companies leading the industry’s return to operations.

But over the weekend, crew workers on one of the liners posted photos on social media of their preparations to disembark and being their journey home. Workers had told the Guardian their physical and mental health were deteriorating.

“We are stranded on board for seven months without any salary, and it’s very tough for us because many of us have children, old parents to look after who are also desperately waiting for us,” one of the workers said.

Some of the crew had started a protest on the deck of the luxury cruise ship MSC Poesia to demand their repatriation, with banners that read “Enough is enough” and “Send us home, our lives matter”. Dozens of Mauritian crew also remain stranded on the MSC Musica and the MSC Seaview off the Brazilian port near São Paulo.

MSC said it was working hard to repatriate the cruise workers and had provided accommodation, food and medical support to everyone on the ships. It did not comment on the allegations about pay.

The group were among tens of thousands of cruise ship workers who were left stranded at sea when the pandemic struck, even after passengers were allowed back to land.

The Mauritian crew have been awaiting repatriation after the island nation reopened its borders at the beginning of June. They fear they have been caught in a blame game between their government, the cruise company and their agency over their repatriation costs.

“Some of our colleagues recently lost their brother and father, which is really very hard to accept and more painful because they could not even see their face for a last time,” a crew member said. “In this situation our family really needs us.”

Oceangoers, the recruitment agency for MSC Cruises in Mauritius, said flights had been booked for the crew this week. But the crew said they would continue their protest until they had received formal confirmation of their journeys. On Sunday, social media posts by some of the crew showed they had halted their protest and had started the journey home.

Pockets of cruise ship workers still remain at sea in other parts of the world, including Italy, Dubai and the US. Cruise Lines International Association, the largest trade association for the industry, said it could not give an exact figure as some liners were restarting operations.

But according to the International Maritime Organization (IMO) there are more than 300,000 seafarers and marine personnel who are currently stranded at sea, unable to be repatriated despite the expiry of their contracts.

The IMO secretary general, Kitack Lim, has warned of a “humanitarian crisis” at sea and has called for swift action from governments ahead of the UN general assembly.

An MSC spokesperson said: “Over 75% of our crew, who needed to return home, were safely repatriated by the end of May. And as of today we have now repatriated over 96%.

“We continue to work hard at every level, directly and through our manning agent on the ground engaging the Mauritian government at the highest level on behalf of our crew. We hope to repatriate all the remaining Mauritian crew needing to return home from our vessels in the Brazil area by the middle of this month.”