Texas-based PaxPower is a company that has quite a lot of experience turning F-150 Raptors, or regular F-150s for that matter, into V8-powered Raptors, for example. For their latest project, however, the customer’s request was a bit more specific.

A client from Oregon commissioned PaxPower to build him a supercharged V8 Raptor conversion with a work-style flatbed, marking what’s likely the first time the names Raptor and flatbed are used together in a sentence. As the owner of a construction company, the customer had owned many flatbed F350 and F450 trucks in the past, but wanted something “lighter, faster, more capable, and, most importantly, more fun.” 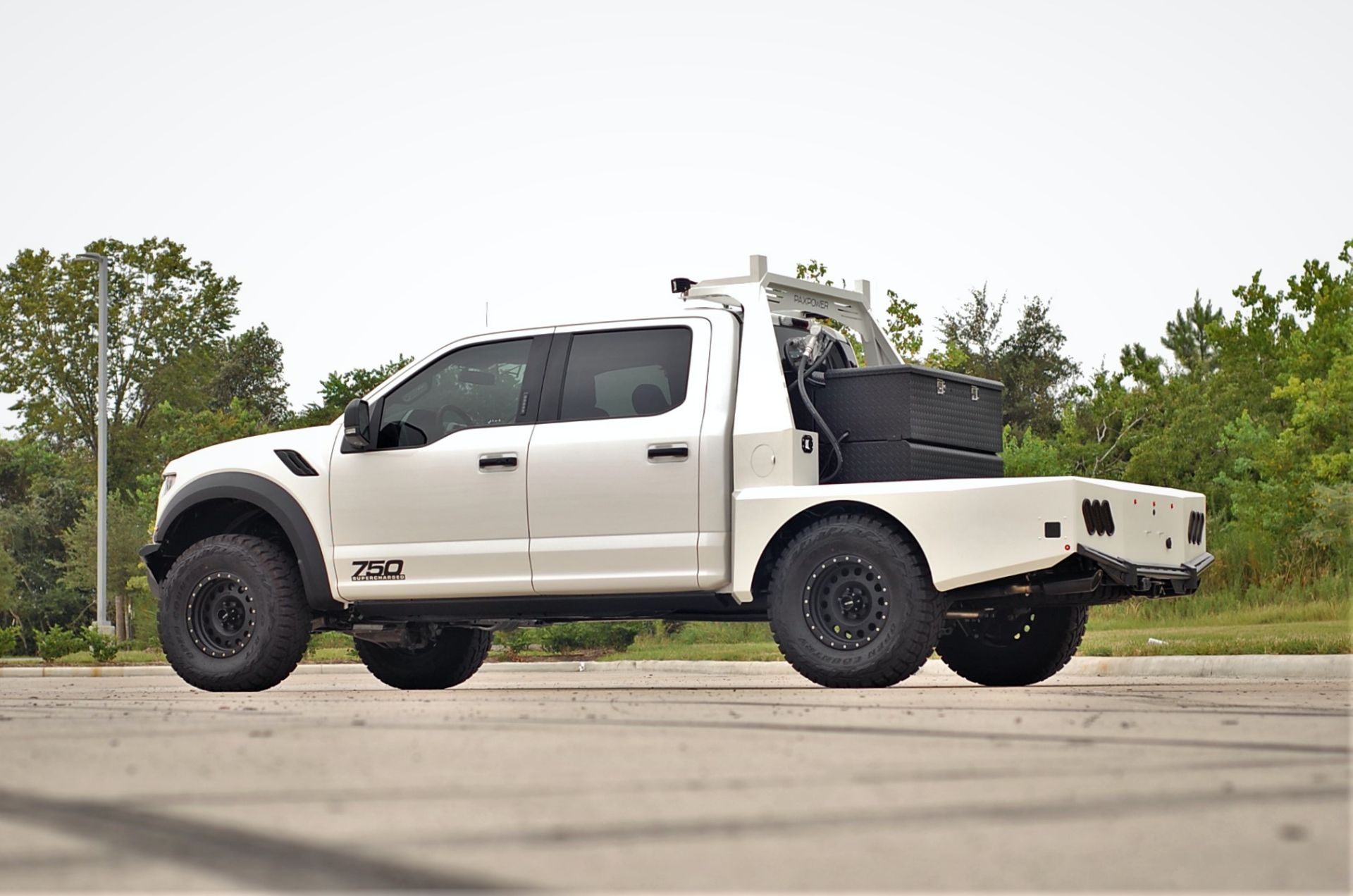 PaxPower got down to business, using a fully-loaded 2020 F-150 Lariat with a 5.0-liter V8 engine as a starting point. The company then performed its usual OEM Raptor conversion, which involves removing all the bodywork and suspension and replacing it with panels and parts from the stock Raptor.

The 395-horsepower V8 was also heavily modified courtesy of a 2.9L Whipple supercharger and a Borla dual exhaust system for a massive output of 758 horsepower. And so we come to the flatbed, which had to be custom made since there is nothing commercially available for 5.5-foot (1,676-mm) bed half-ton trucks like the F-150.

To build one, PaxPower collaborated with high-end trailer builder TurnKey Industries. The bed is made of lightweight aluminum, has a functional load floor and custom wide bodywork to match the flared Raptor fenders, and features a functional roof rack as well as off-road LED lighting. 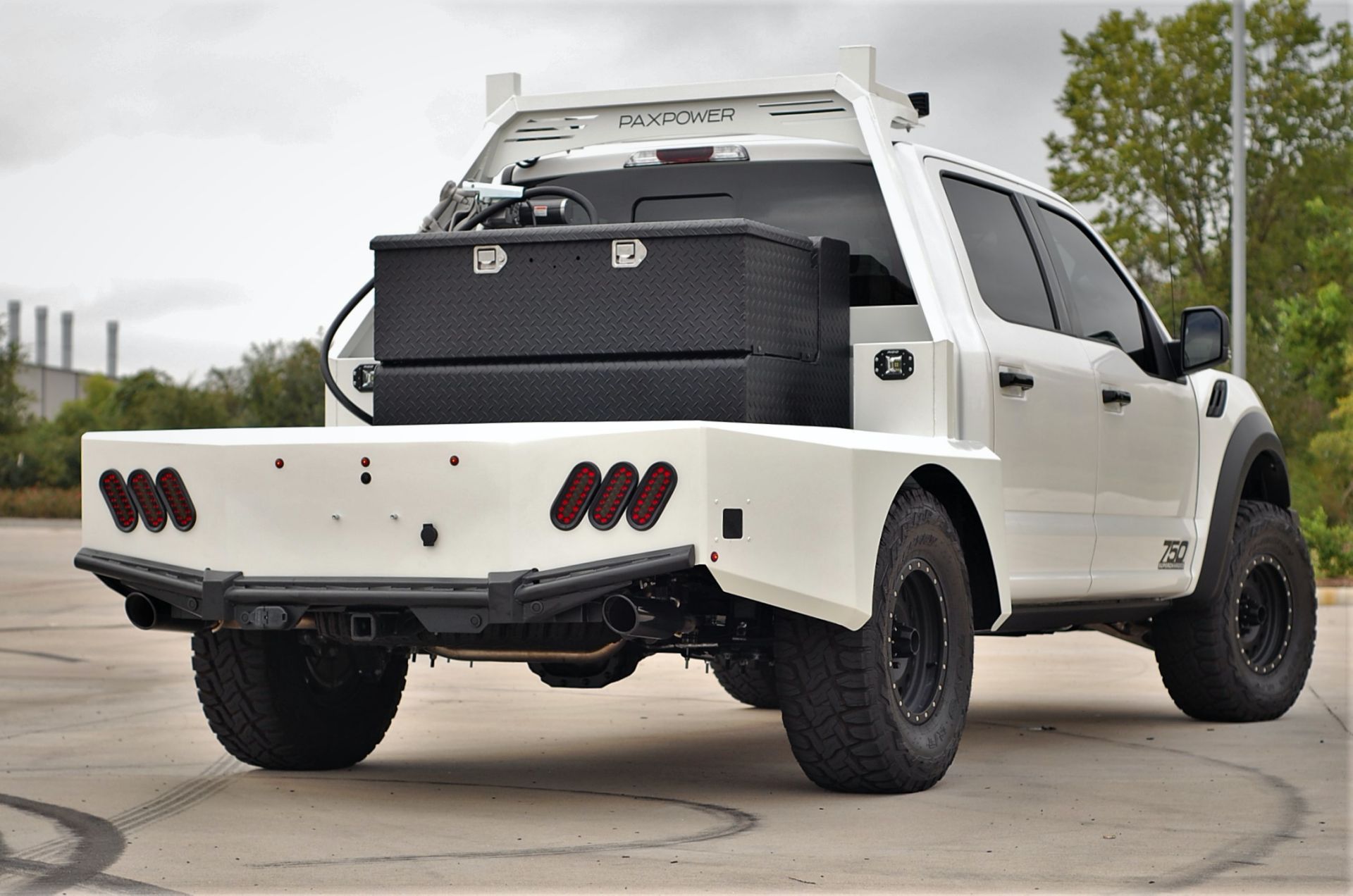 The bed features an approximately 6-foot (1,829-mm) long load floor and a frame with springs on front mounts to allow flexing during off-road driving. To mimic the Raptor’s front end, the custom aluminum rear end flares out dramatically and incorporates items such as accents lighting, blind-spot monitoring sensors, a rear camera and brake lights that blink in sequence like the ones on the Mustang.

A custom rear bumper echoing the design of the front bumper is also present, holding the rear parking sensors and trailer connector. The Flatbed Raptor also comes with a custom box/tank combo to carry 90 gallons (340 liters) of diesel fuel, tools, and an air compressor to the job site. However, for similar projects, the lightweight flatbed can also be set up for welders, snowmobiles or campers.