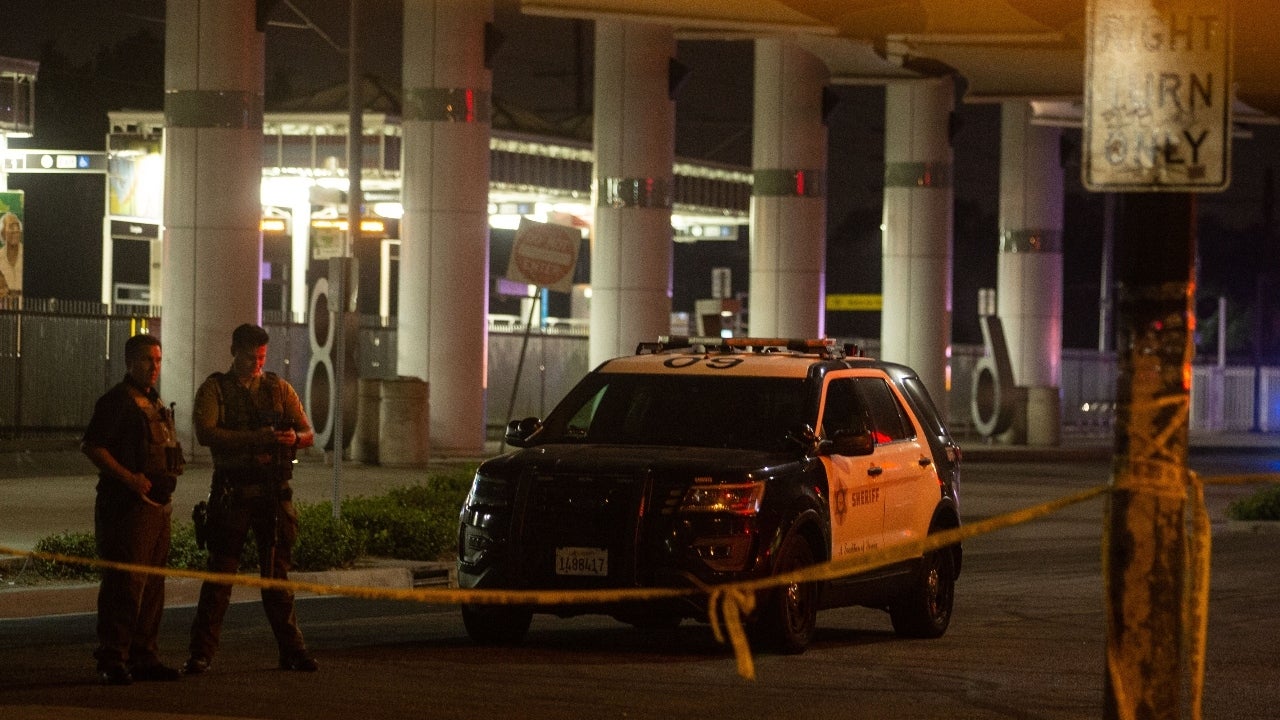 The two Los Angeles County Sheriff’s deputies ambushed and shot while in their squad car continue to fight for their lives. And now there’s video of those critical moments as they tried to get help.

The surveillance video obtained by Inside Edition shows the female deputy lending assistance to her 24-year-old partner as they wait for backup.

The deputies were parked in their patrol car in the Compton neighborhood of Los Angeles when the shooter opened fire from behind, then fled, escaping in a Mercedes Benz driven by someone else.

The two deputies were rushed to St. Francis Medical Center, where doctors went to work to save their lives, but outside the emergency room entrance, a handful of protesters showed up. According to witnesses, they tried to barge their way into the ER and one man was heard to shout out that he hoped the deputies would die.

Bishop Juan Carlos Mendez was at the hospital, and was outraged by what he saw.

“It broke my heart, because it seems like we have sunk to such a level that we’ve lost all humanity,” Mendez told Inside Edition.

A public radio reporter covering the protest outside the hospital was arrested. Police said the reporter had ignored orders to leave the area, claims the reporter denies.

The two deputies who were shot are now listed in stable condition.