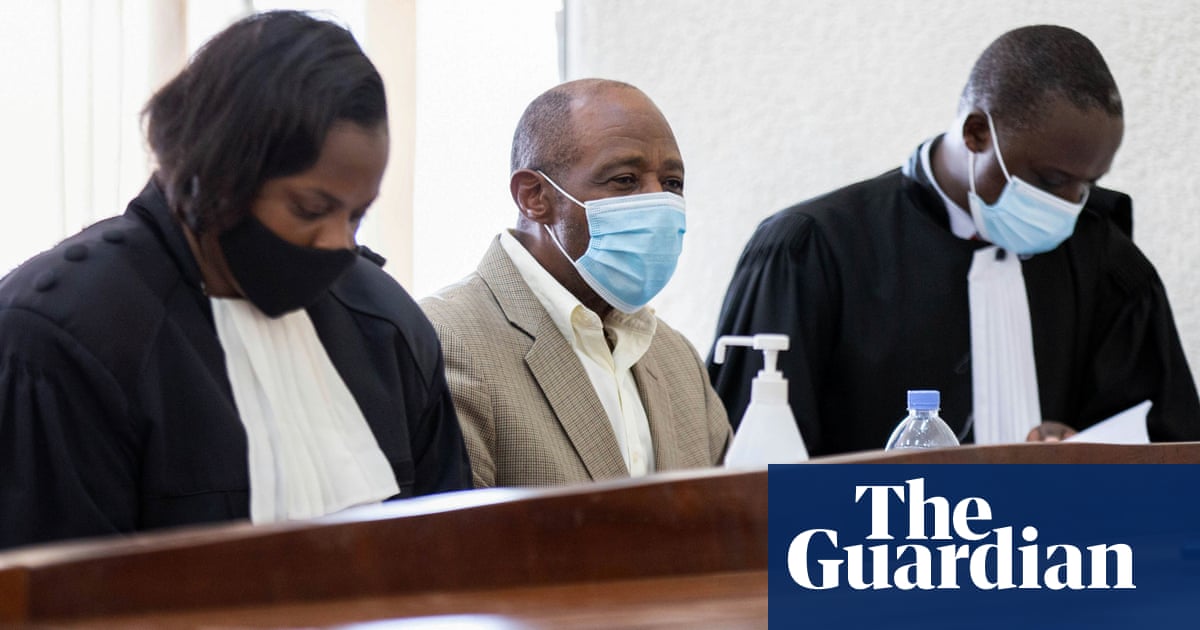 Paul Rusesabagina, a businessman whose role in saving more than 1,000 lives inspired the film Hotel Rwanda, has appeared in court in Rwanda’s capital, Kigali, to face charges of terrorism and murder.

The family of Rusesabagina, who is an outspoken critic of the president, Paul Kagame, have accused the east African country’s authorities of kidnapping the 66-year-old from Dubai earlier this month and denying him fair legal representation.

Wearing a brown jacket and white shirt and accompanied by lawyers appointed by authorities, Rusesabagina appeared at court amid tight security to hear prosecutors list the charges against him. He faces a lengthy prison sentence, potentially for life.

Rwandan authorities have said Rusesabagina was arrested on what they described as “an international warrant” and have accused him of being “the founder, leader, sponsor and member of violent, armed, extremist terror outfits … operating out of various places in the region and abroad”.

However, it is unclear how Rusesabagina, who flew to Dubai from his home in the US, was brought to Rwanda.

Flight logs have identified a private jet that took off from Dubai and landed at Kigali at 6am on 28 August. Lawyers acting for his family said they believed it was “highly likely” that Rusesabagina was on the plane.

Kagame has denied that Rusesabagina was kidnapped, but suggested he had been the victim of some kind of trick.

On Monday, prosecutors said Rusesabagina was the leader of the Forces for National Liberation (FLN), a rebel group that has carried out a number deadly attacks in Rwanda in recent years. The FLN was the military wing of the Rwanda Movement for Democratic Change (MRCD) political party, which Rusesabagina helped to found.

Rwandan authorities allege Rusesabagina funded some of the FLN’s operations through his charitable foundation. Relatives say the claim is groundless, and that authorities were not allowing Rusesabagina to defend himself.

“As yet, Paul has only had contact with lawyers assigned to him by the Rwandan authorities. He had no access to independent advice from his own lawyers. Paul’s family reiterates his right to consult with lawyers of his own choosing, particularly given the extraordinary circumstances surrounding his arrest,” a spokesman for Rusesagabina’s family said.

Kagame, who won a third term in power with 98% of the vote at elections in 2017, is a divisive figure. He is credited with the development and stability Rwanda has experienced since the genocide, but he is also accused of intolerance of any criticism, whether domestic or international

The government has previously been accused of hunting down dissidents overseas. South African investigators have said the government was directly involved in the killing of Patrick Karegeya, an outspoken critic, in Johannesburg in 2014.

Amnesty International called on Rwandan authorities to reveal the circumstances of Rusesabagin’s arrest, and exactly what transpired between Thursday 27 August, when he spoke to his family after arriving in Dubai, and Monday 31 August, when he was paraded in front of the media in Kigali.

“Assuming he was in detention during this time and the Rwandan authorities concealed information on his whereabouts, this amounts to an enforced disappearance,” said Deprose Muchena, Amnesty International’s director for east and southern Africa.

Rusesabagina was the general manager of a luxury hotel in Kigali during the 1994 genocide, in which an estimated 800,000 people were killed with knives, clubs and other weapons.

The 2004 film told the story of how Rusesabagina used his influence and bribery to save the lives of 1,200 people who sheltered at the Mille Collines hotel in the capital during the worst of the massacres. He later fled to Belgium and the US where he was honoured with a Presidential Medal of Freedom, the nation’s highest civilian honour, by the then president, George W Bush, in 2005.

The Rwandan government disputes Rusesabagina’s story about saving people during the genocide, and Ibuka, a Rwandan genocide survivors’ group, has in the past said Rusesabagina, who runs a humanitarian foundation, exaggerated his role in helping people escape the genocide.