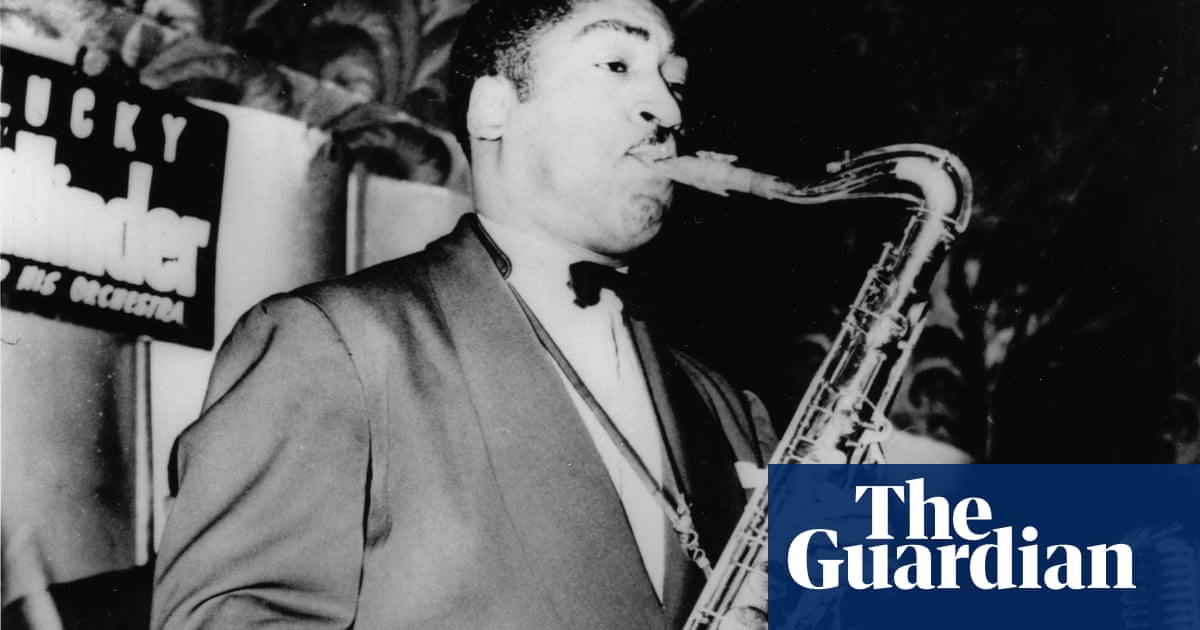 The tenor-saxophonist Hal Singer, who has died aged 100, had just joined Duke Ellington’s orchestra in August 1948 – “the greatest musical thrill of my life” – when his recording of Cornbread, a honking instrumental, became a surprise juke-box hit. Offers poured in and he spent the next 10 years on the road playing Cornbread every night before eventually moving back into mainstream jazz.

In the mid-1940s Singer had been playing combo jazz on 52nd Street with the trumpeters Hot Lips Page and Red Allen, and with the drummer Big Sid Catlett (backing Billie Holiday) and the trumpeter Roy Eldridge, making his first recordings with Eldridge’s big band before working alongside another Oklahoman, the great saxophonist Don Byas. With 52nd Street in decline, Singer joined Lucky Millinder’s quality orchestra at the Savoy Ballroom in Harlem in early 1948, until Johnny Hodges, Ellington’s alto-saxophone soloist, recommended him to Ellington and a dream, albeit short-lived, came true.

He had recorded Cornbread two months earlier as part of a rock’n’roll session for the Savoy label, and the track went to No 1 on the R&B chart in September. The success of Cornbread compelled Singer to leave Ellington, the maestro helpfully offering him a booking at his newly acquired club in Washington. This was the ideal kickstart to a decade spent crisscrossing the US, often on starry R&B package tours with performers including the pianist-singer Nat King Cole and the champion boxer Joe Louis. Doubtless financially rewarding but ultimately gruelling, this exposure also spawned an almost endless series of recording dates for Singer, his bands backing blues singers and producing yet more simplistic juke-box fodder.

Off this path and back in New York, he was spotted at the Metropole Café in 1958 by the visiting British critic and producer Albert McCarthy, who featured him on a superb session for Atlantic Records, wrote up his story, and in Singer’s words, helped put him back on the jazz map.

Singer was born in Tulsa, Oklahoma, in the all-black Greenwood section, “a town within a town”, where his father, Charles, was a factory overseer and occasional guitarist; his mother, Annie Mae (nee Whitaker) was an accomplished cook known for catering for white families in the area. His church-loving family enjoyed a comfortable if confined existence given the rigid racial segregation, but were caught up in the terrifying Tulsa race riot of 1921 that largely razed the Greenwood settlement, having to decamp until their home was rebuilt.

Hal first tried the violin but moved on to clarinet and alto saxophone at Booker Washington high school, where he performed with the 40-piece school band. Already enthused by hearing the visiting big bands of Count Basie, Jimmie Lunceford and, most tellingly, Ellington, he often invited great stars such as Hodges or Lester Young to dinner at his home, while pressing them for saxophone tips. Encouraged by his father to pursue a “proper” profession, Singer elected to go to the Hampton Institute in Virginia, and obtained a degree in agriculture in 1939, while taking every opportunity to travel in his time off with local bands, intent not on agriculture but on the full-time musical life.

This he accomplished by playing alto and then tenor-saxophone in a series of territory big bands, often alongside other stars-of-the-future, moving from one to another, until the pianist Jay McShann came looking for him to join his “blues-saturated” orchestra in 1943, then at the height of its pulling power. McShann liked Singer’s big-toned “gutty sound”, always his musical calling card and much inspired by the saxophonist Byas.

Following his Cornbread years, and back in New York, in and out of various combos, Singer, always keen to improve, studied extensively before a life-changing visit to Paris in 1965. The city was already a haven for many African-American expatriate jazz musicians who appreciated its more liberal racial attitudes, and Singer decided to move there permanently.

He prospered as a travelling soloist and recording artist, only occasionally returning as the prodigal to the US but never staying long. The money was better in Europe, the racism less, the recognition greater and the quality of life infinitely more agreeable, he told me, adding, “it helped me prolong my staying power”. An earlier marriage having foundered, he met and married Arlette Verdickt, a go-ahead French PR executive who became his business manager and devoted champion.

Copious club dates and festival engagements across Europe then came his way, as did a plethora of special tours and other events such as his two years as a cast member in the Paris show Black and Blue (1986-87). There were frequent all-star reunions with visiting US soloists including the trombonist Slide Hampton and all sorts of gala opportunities to play alongside other expatriates, including the drummer Kenny Clarke.

Hal first visited the UK in 1979 to play at Pizza Express in London, and impressed everyone with his powerful drive and creativity. He returned two years later and recorded a pair of albums for JSP, also appearing at the 1981 Bracknell festival with the exciting boogie-woogie band Rockett 88, and at Rhythm Riot, a 1950s revival weekend held at Pontins in Camber, East Sussex, in November 2000. For this homage to nostalgia, Hal was expected to recreate Cornbread and his other R&B specialities, confessing that he had had to re-learn them all. Even so, he coped admirably.

He made a US state department tour to Africa in 1974, returning there in 1995, worked in Hong Kong in 1999 and took care to keep up with newer trends in jazz by performing with Archie Shepp and recording with David Murray in 2010. He also had a cameo role in the 1989 film Taxi Blues and appeared in a TV commercial for Benylin cough mixture directed by Julien Temple. Hal Singer: Jazz Roads, his autobiography written in French, appeared in 1990.

Hal was a strong-minded but generous friend, and was devoted to his family. Still playing into his early 90s, he was made Chevalier des Arts in 1999 and received a lifetime achievement award from the Oklahoma Jazz Hall of Fame in 2013. He is survived by Arlette, their daughters, Stéphanie and Lila, and four grandchildren.