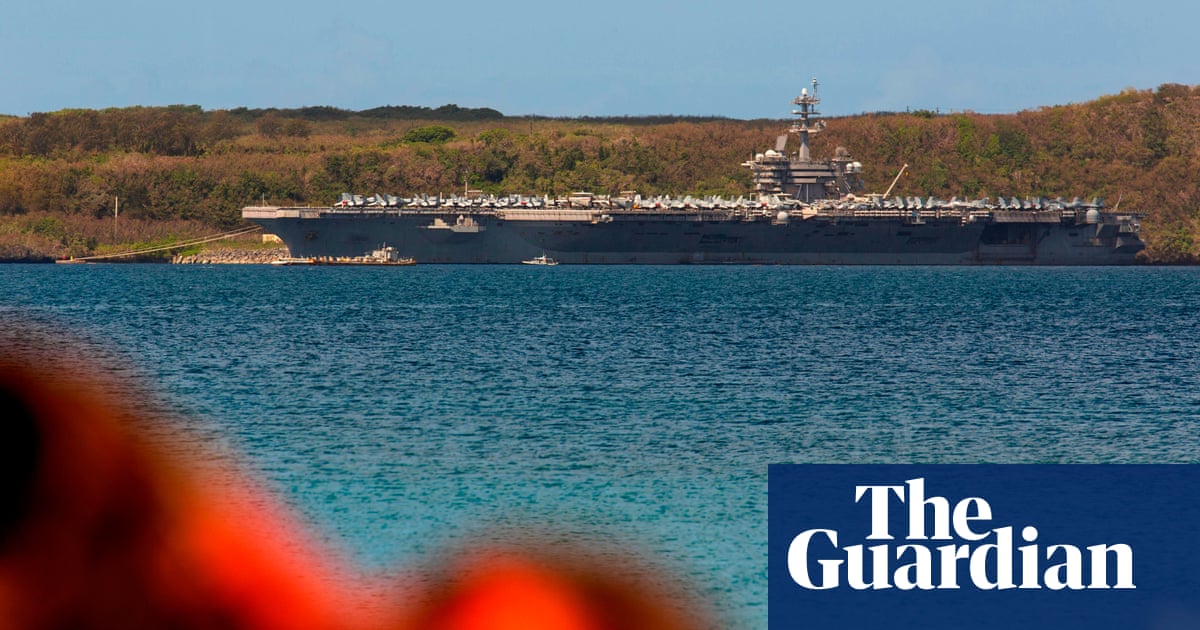 A 10-year-old boy has become Covid-19’s latest fatality on Guam, as the island struggles to rein in an outbreak that threatens to overwhelm its public health system.

The boy, who had underlying health conditions, died on Sunday night at the US Naval Hospital, 10 days after contracting the virus. He is the 26th person to die from Covid on Guam.

More than 1,890 infections have been confirmed – 249 of them US military service members – on an island of just 166,000 people. Testing has found Guam’s Covid-positive rate at 10%.

The governor of Guam, Lou Leon Guerrero, offered her condolences to the boy’s family in their “immeasurable grief”, and said “this island grieves with you”.

“The loss of a young child is different: children are innocent.

“When that light is put out too soon … we have all lost. As a mother and a grandmother, losing a child seems especially senseless. But that’s because this virus isn’t reasonable, it won’t discriminate, it won’t get lazy, it will not grow tired, divisive or complacent. It will take what it can and it’s our job to protect each other.”

Leon Guerrero said the battle against Covid in Guam “is the fight of our lifetimes”. She has previously warned Guam’s healthcare system risks being overwhelmed.

“We are in very dire straits. We are in very desperate times. Our island right now is sick,” she said in extending the island’s public health emergency and stay at home orders.

Ten people remain in intensive care. Seventy per cent of Guam’s cases have occurred in August and September, Guerrero said: “If our numbers don’t change, I’m afraid we will reach a point where our hospital is so full of Covid patients that we may not have room to treat any other ailment, and doctors may be forced to choose who should be treated because we lack the resources to do so.”

The aircraft carrier USS Theodore Roosevelt docked in Guam – an unincorporated territory of the US – in March, unloading sailors in the midst of a mass outbreak of Covid-19 on the ship.

The 1,156 infections from the ship are not counted in Guam’s domestic total, but Guam officials have publicly detailed nearly 250 military-linked cases on the island, including 35 airmen who went to local restaurants, raising concerns about military personnel as vectors for the virus.

Elsewhere in the Pacific, French Polynesia has recorded another 67 Covid-19 cases in the past 24 hours, raising its total to 1,020.

Of those cases, 958 have been detected since August, when the government and the French high commission re-opened borders and abolished quarantine restrictions for tourists.

On 9 August, there were just 69 infections. Since that date the number of confirmed cases has increased nearly 1,500%.

In Papua New Guinea, the number of infected cases has surged past 500, with new cases in the capital Port Moresby and in Western Province taking the total to 507, with five deaths.

But the number of actual infections is likely far higher as only 17,000 tests have been done across all of Papua New Guinea during the pandemic.