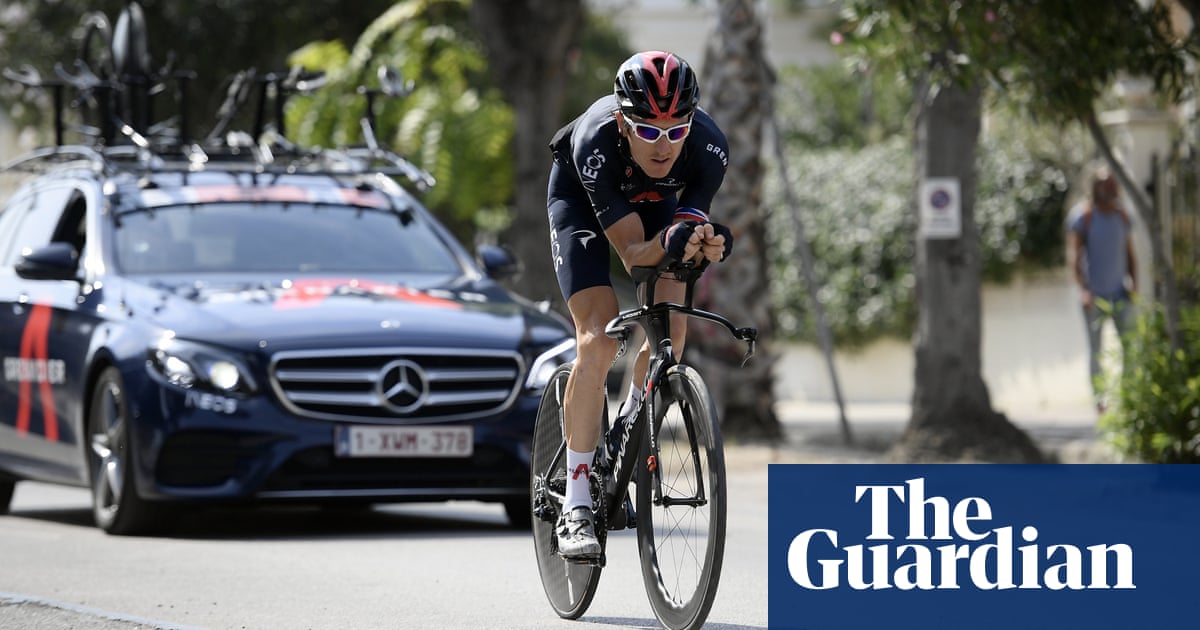 Dave Brailsford’s Tour de France selection gamble has backfired, as the 2018 winner of the Grande Boucle, Geraint Thomas, showed he was back to his best with second place overall in Italy’s prestigious Tirreno-Adriatico stage race, won by the 2018 Vuelta a España champion, Simon Yates, of Mitchelton-Scott.

“I was nervous of the situation,” said Yates, who went into the final time trial in San Benedetto del Tronto with a 39-second lead on Thomas. “I’m just really happy to pull it off.”

With a week left of racing through the French mountains, Brailsford’s selected Ineos Grenadiers team are now without an overall contender after the collapse of Egan Bernal’s challenge on Sunday’s summit finish to the Grand Colombier. Thomas, meanwhile, after being left out, came within 17 seconds of taking overall victory in the Giro d’Italia warm-up race.

“It’s really encouraging,” said Thomas, who will lead his team in October’s Giro. “Especially after the start of the 2020 season version 2.0. I feel a lot better now and it’s encouraging that I feel I could improve on that.

“It would have been nice to have won, but it’s just what I needed, eight hard days of racing,” he said. “I feel like I’ve got a bit more to come as well so I’m really looking forward to a good October.”

Brailsford has been widely criticised for leaving Thomas out of a Tour lineup that has so far been unable to keep pace with the Jumbo-Visma team of the race leader, Primoz Roglic. The decision to leave the Welshman behind, a year after he finished second overall to Bernal, left the British team “lacking something”, according to the 2012 Tour winner, Bradley Wiggins. “Geraint on form would be challenging to win the race,” Wiggins said on Eurosport.

Brailsford declined requests to speak to the media during the Tour’s rest day. There are echoes now of the 2014 Tour, when the then Team Sky, bereft of Chris Froome who abandoned in the first week after crashing, trailed into Paris after a chastening three weeks.

Bernal will doubtless be back to contend for the Tour but so will Roglic, Tadej Pogacar and others. The serial Grand Tour wins predicted for the Colombian a year ago are now not such a certainty. On Tuesday, stage 16 to Villard-de-Lans takes the peloton into the Vercors and is the first of five consecutive mountain stages. Resistance to the seemingly unstoppable Jumbo-Visma may prove futile but the battle for stage wins and podium placings in Roglic’s rear-view mirror will be intense.

There are those in the Tour convoy who think Roglic may yet have a moment of fallibility, similar tothe one that befell him in the 2019 Giro d’Italia, when Richard Carapaz, now with Ineos Grenadiers, stole away to claim overall victory. That scenario, based on the script so far, seems as likely as a Lazarus-like comeback from Bernal.