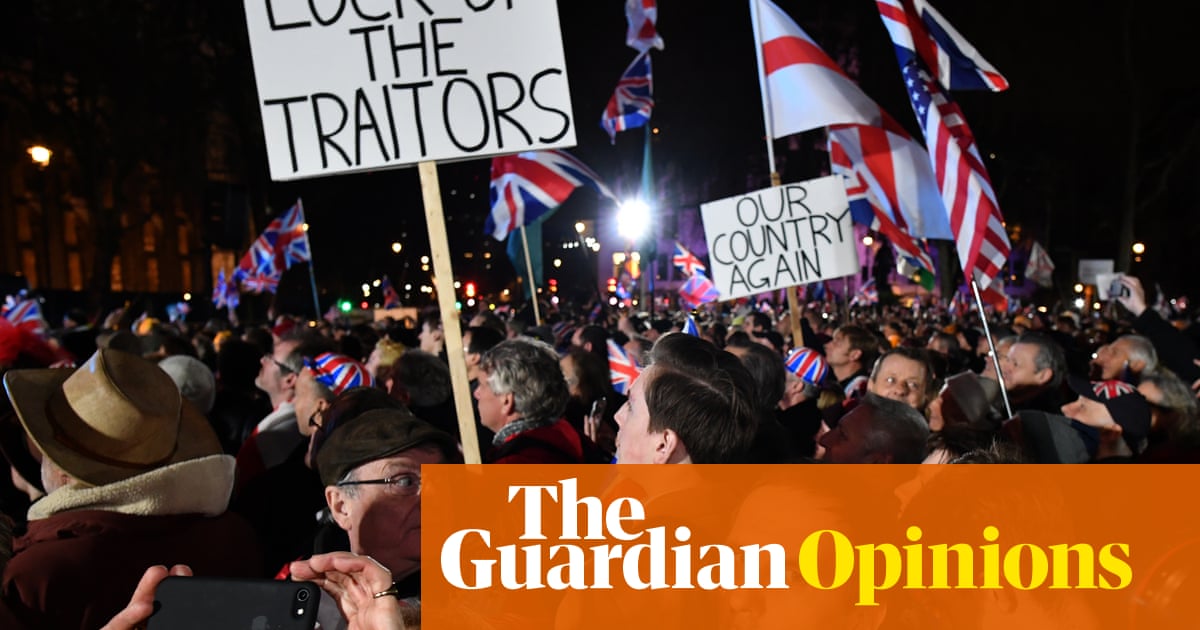 It is six months into the British government’s calamitous coronavirus response, and almost a year into a regime of U-turns, gaffes and cartoon villainy. Surely, as the failures and violations accumulate, it is only a matter of time before the British public wakes up.

The Tory backbenchers are restive, we are told. The civil service is in open revolt. Why, even the rightwing press has turned, with hostile coverage of both Boris Johnson and his cabinet. They cannot get away with it forever.

There will be anarchy, but as long as it remains ringfenced, it will not only be tolerated, it will be welcomed

Yet with every suspension of political norms, this government inches closer not to its demise, but towards the reconfiguration of those norms. Last week, the government admitted attempting to break international law over the EU withdrawal agreement. The justification, which became an internet meme, was that this was a breaking of the law only in a very “limited and specific way”.

Commentary on this violation already swirls in outrage, lamenting the demise of a country famous for respecting international law (not over its Iraq invasion, of course, but that’s for another day), the trashing of its reputation, and the decay of a governing party that was all about respecting the rules. Britain has, in an effort not to become an EU rule-taker, made the journey from rule-maker to rule-breaker. Yet breaking the law has always been a characteristic of this Conservative party – determined as it is to restore British greatness by unshackling itself from the conventions that limited its forebears. To this party, rule-breaking isn’t an outcome of the incompetence and the inattentiveness of its premier, it isn’t an impish prank; it is central to its pitch to voters. To them, rule-breaking implies strength, and establishes status and dominion over others.

In that sense, it is accurate to state that the party is going to break the law in a “limited and specific way”. Observing the law is only limited and specific to those who are considered out-groups, who are not only expected to follow the law, but will be stigmatised and hounded for not doing so. The government that does not hesitate to assail international law is the same one that has made “zero tolerance” – on undocumented migration, on crime – one of its core principles. And it has applied its zero tolerance, in several instances, by breaching human rights law through illegal detentions and deportations.

Far from being a chaotic, inconsistent approach that makes Johnson’s party look weak and amateur, this emerging two-tier legal system has an elegance and coherence that is easily understood by rightwing voters and Brexit supporters. As far as they are concerned, there is no jeopardy in the erosion of the respect for the law. There is no slippery slope that will eventually violate their legal rights. They are the in-group, and so are fortified. There is no “thin end of the wedge” for them. Their security is guaranteed by the redirection of the long arm of the law towards others.

Anyone panicking that we are sliding towards anarchy misunderstands the populist licence that extravagant rule-breaking by the nation’s leader brings. There will be anarchy, but only for some. And as long as that anarchy remains ringfenced – impacting a growing list that includes the EU, remainers, migrants, the legal elite – then it will not only be tolerated, it will be welcomed.

The utility of this legal apartheid extends to British lawmakers themselves whenever their rulings do not chime with those of the governing party. The British supreme court judges have already been branded the “enemies of the people” for ruling that MPs must have a say on triggering article 50, and that proroguing parliament was illegal. And so it is guaranteed that any legal attempts to challenge the latest governmental breach will be manipulated into the narrative that attempts to secure the best agreement for the British people are being stymied.

Speculation as to Johnson’s Brexit endgame may occupy pundits, but as an authoritarian populist gesture, the proposed EU agreement violation has another, more immediate result – it glorifies breaking the law as a bold protective measure, one that its critics do not have the courage, the patriotism or the gumption to make.

In The Cruelty is the Point – a seminal Atlantic essay on the effectiveness of Donald Trump’s cruelty – Adam Serwer writes that, when he looks at photographs of lynchings of black Americans, what remains etched in his mind isn’t the burned and mutilated bodies, but the white men in the crowd. They were grotesquely jubilant. “Their cruelty made them feel good,” he wrote, “it made them feel proud, it made them feel happy. And it made them feel closer to one another.”

We would do well to start seeing this government’s violations as a jubilant establishment of a system in which there is indulgent impunity for some and merciless persecution for others. We may spend another quarter of the year discussing the legal ramifications of a breach of international law, but the real threat comes not from the destruction of law and order, but in a new version that the government is creating.

• Nesrine Malik is a Guardian columnist and the author of We Need New Stories: Challenging the Toxic Myths Behind Our Age of Discontent