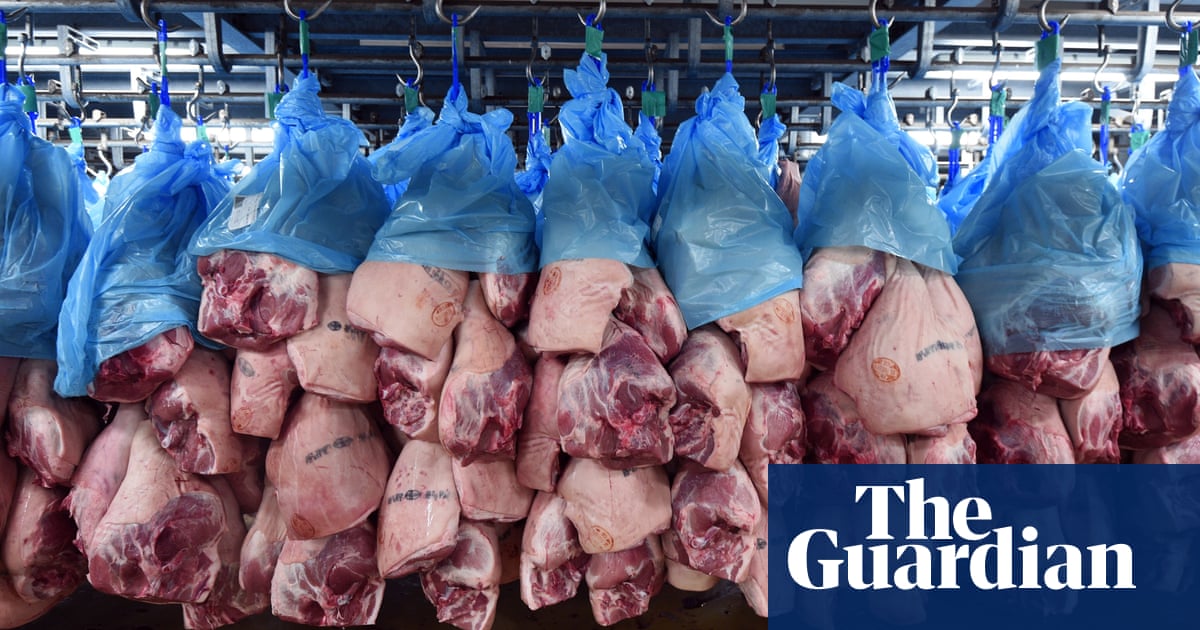 Consumers are being exposed to an “avoidable risk” of disease after a reduction of official controls in food inspections of pig and poultry carcasses across the EU, European meat inspectors have said.

Diseased meat is being eaten by consumers in the UK and EU, including pus from abscesses and tuberculosis lesions from pigs’ heads, said the European Working Community for Food Inspection and Consumer Protection (EFWFC) this week. The EWFC represents EU meat inspectors.

In response to the claim, the Food Standards Agency (FSA) said the regulations for food safety had been developed to prevent meat that could be diseased or contaminated from reaching consumers. “If the FSA was aware of any breaches of these regulations it would be treated very seriously and we would take immediate action in response,” said a spokesperson.

Ron Spellman, EWFC’s deputy secretary, said inspections should ensure that no carcass showing signs of disease entered the food chain, but that there had been an erosion of safety rules in the past decade.

He highlighted changes in pig inspections by the European Commission in 2014, which moved from a thorough inspection to visual only. “Inspectors stopped cutting lymph nodes in pigs’ heads, which are known to contain abscesses and tuberculosis lesions. Under previous systems, the pigs’ head would have been rejected for food, but now the meat is minced to make sausages and meat pies, spreading the pus from the abscesses and TB material throughout these products.

“I don’t think you can prove it’s safe to feed people abscesses, pus and TB material.”

A spokesperson for the FSA said all pig heads were inspected visually.

“If any of the lymph nodes is enlarged or abnormal, or there is any other reason to suspect that TB or any other infection might be present, then the nodes can also be incised to verify whether there are any lesions to confirm the suspicion. The European Food Safety Authority (EFSA) noted that routine incisions on all pigs heads without first relying on evidence or other reasons leads to cross-contamination between carcasses that is better avoided.”

The EWFC is also calling on the EU commission to reverse 2019 changes to poultry inspections that move away from 100% postmortem inspections, allowing for an official inspection of a “representative sample” if the abattoir has a history of food safety compliance and has a system to detect contamination and diseased meat.

The European commission based its decision to move away from postmortem inspections on scientific opinion that food-poisoning bacteria including campylobacter are not detected by visual meat inspection, and that carcasses visually contaminated by faeces are not more microbiologically contaminated than those not.

The EWFC said these studies did not replicate EU slaughterhouse conditions and were flawed, pointing to a study that shows that carcasses contaminated with visible faecal spots carry significantly higher concentrations of harmful bugs than visibly clean carcasses and that postmortem checks to remove these are crucial.

“There’s been a coordinated move away from meat inspections carried out by independent officials to a system where slaughterhouses get more control over that process, so they’re carrying out more of their own inspections,” said Spellman.

“These changes are motivated not by science or a desire to protect the consumer but are politically motivated to give the meat industry what they want: the reductions and eventual removal of official independent meat inspection.”

A spokesperson for the European commission said: “The European Union retains some of the highest food safety standards in the world – this is a key priority. This is why the European Food Safety Authority provides expert scientific advice and recommendations while national authorities are responsible to carry out inspections in accordance with the official controls legislation.

“Any meat with lesions indicating an animal disease such as TB, or abscesses, or any pathological or organoleptic changes, must be considered as unfit for human consumption and not be placed on the market.”

Sign up for the Animals farmed monthly update to get a roundup of the best farming and food stories across the world and keep up with our investigations. You can send us your stories and thoughts at animalsfarmed@theguardian.com