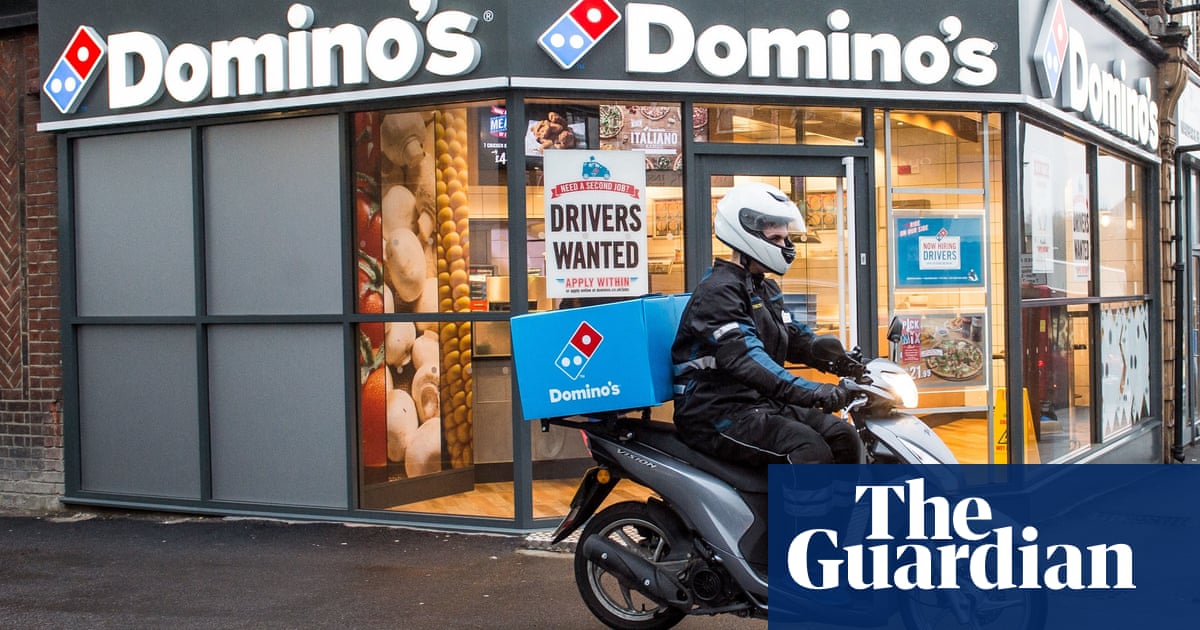 Domino’s Pizza, Britain’s biggest pizza delivery chain, is to create 5,000 new jobs and support more than 1,000 placements in the government’s fledgling Kickstart scheme as it gears up for its busiest time of year.

The 5,000 new positions include pizza chefs, delivery drivers and customer service staff, and are in addition to the 6,000 new jobs offered since the outbreak of the Covid-19 pandemic.

The company has also pledged to provide more than 1,000 work placements for young people in stores across England, Scotland and Wales under theKickstart scheme. The successful under-25s taking up the places through the £2bn Treasury job creation scheme will receive on-the-job training and have access to new e-learning modules on key skills such as timekeeping and teamwork.

“It was a privilege to keep our stores open during Covid-19 and to now be in a position to offer thousands more people the opportunity to become a Domino’s team member,” said Domino’s new chief executive, Dominic Paul, the former boss of Costa Coffee, who joined in May.

“We’re also delighted to support the government’s Kickstart scheme, offering young people the chance to get back into work and to build lifelong skills through our training programmes. Together, these 6000-plus new roles will help Domino’s continue to safely serve our local communities as we head towards the busy festive period.”

The chain said 80% of its store managers had started their Domino’s career as a delivery driver or pizza chef.

Domino’s, which operates under licence from its US parent, has 1,184 stores across the UK and Ireland and employs more than 35,000 people. Most shops are run by franchisees, apart from 36 outlets in London that are directly owned by the company. The capital was more affected by the pandemic than the rest of the country, with a significant reduction in footfall and greater bias towards collection orders.

Since the outbreak of the business it has taken steps to safeguards its customers and staff by introducing contact-free delivery and simplifying its menu.

However, it suffered a drop in orders during the pandemic, as it stopped customers collecting orders and dropped popular choices such as the cheeseburger pizza, stuffed crust options and chicken wings from its menus.