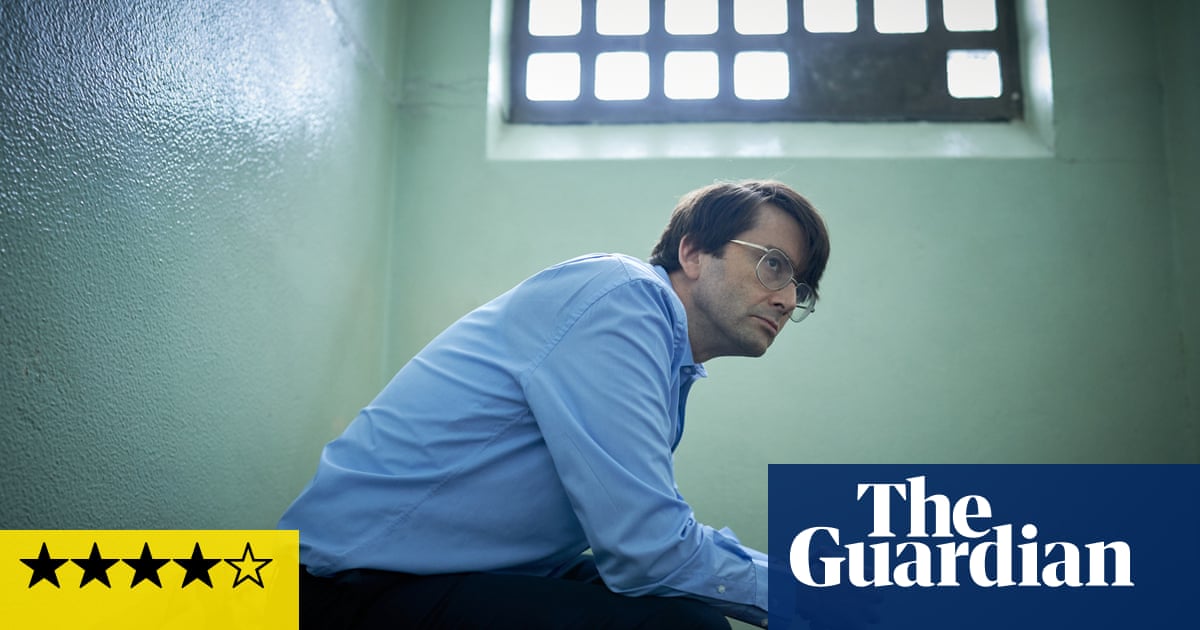 I mean it as the highest praise when I say that Des, the three-part ITV dramatisation of the crimes of Dennis Nilsen, is absolutely horrible. There is an almost visible miasma enveloping every scene, across three nights this week. Of evil, of sadness, of bleak loss and of awful, unwanted knowledge. The first episode opens in 1983, the year Nilsen was caught (if that’s not too active a phrasing for what the police actually did) with news footage of the 80s homelessness crisis, among whose victims Nilsen found most of his own.

The police are called to some flats whose drain has been blocked by what seem, and are soon proved incontrovertibly to be, human remains. We will later discover that Nilsen (known as Des to his workmates and such friends as he had) called in the drains complaint himself. We are left to reason for ourselves why, as the drama, which notably never fails to treat its audience as capable of nuanced and critical thought, unfolds. When the owner of the top flat returns home after work, he lets the police into his home. It stinks. DCI Peter Jay (Daniel Mays) asks where the rest of the body is. “It’s in the cupboard,” says Nilsen, amenably. And so begins the infamous case, made notorious not simply for the number of people Nilsen killed, undetected, over a five-year period (at least a dozen) but for his treatment of the bodies thereafter – bathing and dressing them, posing them in armchairs, chatting with them, before dismembering the corpses and burning them or flushing the pieces down the lavatory.

David Tennant plays Nilsen, in further confirmation that we are now safely out of the actor’s manic phase, characterised by Doctor Who and DI Alec Hardy in Broadchurch (both showy and – though it seemed to be only me who was bothered about this – slightly spittle-flecked performances), and into calmer and more compelling roles. If he didn’t quite pull off the heightened evil of the coolly calibrating antihero Kilgrave in Jessica Jones, he found his groove portraying the quotidian horrors hidden in ordinary men in Deadwater Fell (as a coercive controller husband) and Criminal (as a doctor accused of sexually assaulting and murdering his teenage stepdaughter). Both, it now seems, were stepping stones to this brilliantly controlled, understated yet commanding performance as the perfectly ordinary, union-leading, valued-by-colleagues, monstrous narcissist and serial killer Nilsen. He is matched in prowess by Mays as the increasingly appalled and broken policeman in charge of the investigation, who follows his duty however much further it leads him into the mire. They are generous performances, neither hogging the limelight when they appear together, and creating something even greater than the sum of their parts.

Jason Watkins appears as the writer Brian Masters, whose Nilsen biography (Killing for Company) the drama is based on, providing an additional point of view beyond that of Nilsen and the police. Considering its origins, his is a slightly underwritten and unconvincing part – I think he is there to make overt the point that there is justification for delving into the mind and makings of a murderer, but it is one that the drama makes much better on its own.

It does this by showing us the unrelentingly bleak reality of it all. Of Nilsen’s spare and lonely life; of the endless vulnerabilities of the boys and men that he so ruthlessly exploited; of the media attention (in later episodes) that seized on the most sordid details and further poisoned an already toxic horror with homophobia; of the slow, painstaking work of gathering evidence and working out identities; of the political and financial concerns of the top brass that endlessly chip away at justice in the real and unfair world.

The first episode covers Nilsen’s discovery and arrest as he drip-feeds them information to keep their attention, the second covers the preparation to charge, and the third the trial and verdict. Every bit of it remains defiantly unglamorous – ever aware of the banality as well as the corruption of the soul that brought it all about. Rare it is to watch a drama about a serial killer that leaves you feeling as though the victims have been done a service. In the end, perhaps the greatest accolade that can be given this sensitive, finely worked piece is that Nilsen himself, attention-seeking narcissist though he was, would surely have hated it.