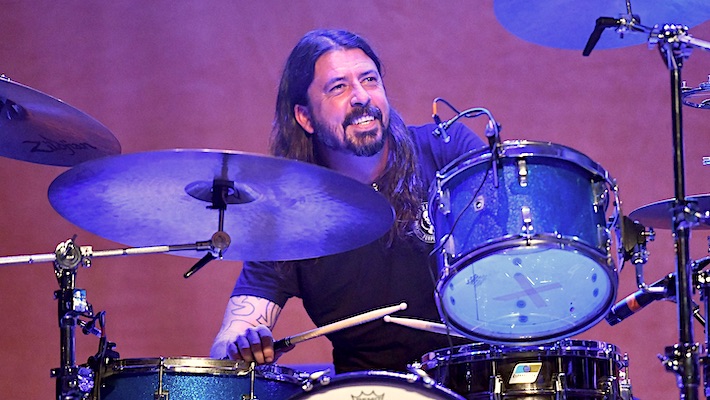 A lot of artists find themselves in feuds, and recently, Dave Grohl was in the midst of a battle himself. It was far from combative or ill-spirited, though. Instead, ten-year-old drummer Nandi Bushell challenged the Foo Fighters leader and former Nirvana drummer to a drum battle, a challenge that he happily accepted. The two had a fun and friendly exchange back in August, but Grohl wasn’t done with Bushell yet, as he continued their back-and-forth today.

Grohl shared a video of himself seated behind a drum set and addressing Bushell, “OK, Nandi: You got me. You win round one. But I got something special for you, something you never heard before, something I never heard before, because I’m about to write this off the top of my head for you.” Then, backed by The Grohlettes on vocals, Grohl performed a theme song he wrote for Bushell, which begins, “Number one supergirl, best drummer in the world, always right on time, hero wunderkind.”

As of press time, Bushell hasn’t offered a response to Grohl’s latest video, but having one of the greatest rock musicians of all time write you a theme song has to be a special feeling, especially for a ten-year-old kid.

Watch the new video above.