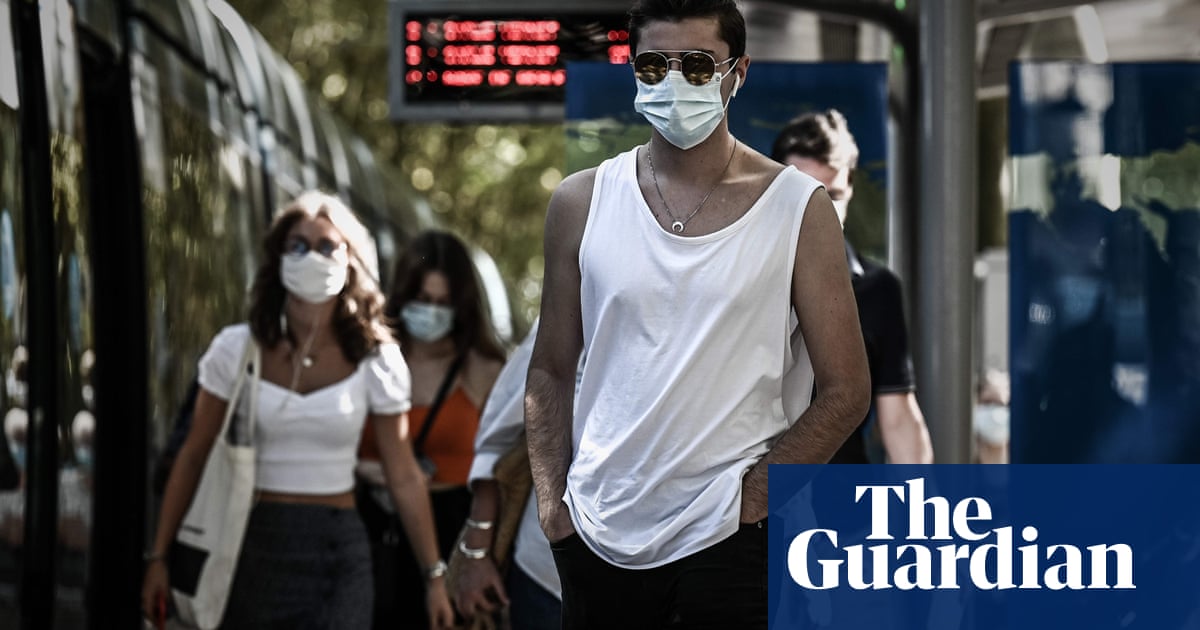 Officials in French regions worst hit by a rise in coronavirus infections are poised to announce further restrictions on public gatherings.

The French prime minister, Jean Castex, has instructed the authorities in Marseille, Bordeaux and the French Caribbean island of Guadeloupe to detail extra measures to halt the spread of Covid-19 by the end of Monday.

Before the weekend, Castex surprised the nation by failing to announce new national restrictions to deal with the worsening crisis; instead he delegated the task to regional officials, police and health bodies.

This followed a decision by the president, Emmanuel Macron, to ignore advice from the government’s scientific advisory committee after new infections topped 10,000 in one 24-hour period on Friday, the highest since the pandemic broke out in France in early March.

“We have to adapt to the evolution of the virus … we will have decisions to make, but we have to continue to be demanding but realistic and without giving in to any kind of panic,” Macron said during a summit on Corsica on Friday.

Earlier, Macron told ministers at a special defence committee meeting: “We must ensure everyone acts responsibly without making them feel guilty or treating them like children.” He added it was important for the government to take into account what restrictions people would find “acceptable”.

Jean-François Delfraissy, the government’s chief adviser, said last week ministers had to take some “difficult decisions”. The message Castex subsequently delivered was that France had to live with the virus. The prime minister said it would be up to local officials – prefects – in areas where the virus was “actively circulating” to suggest measures to curb infections.

The PM named Bordeaux, Marseille and the overseas department of Guadeloupe as areas of special concern.

On Guadeloupe, the authorities have already tightened up measures, ordering bars and restaurants to close at 10pm during week nights, and midnight at the weekend. Other public buildings including swimming pools, gyms and meeting halls have been closed and the public is banned from sporting events. Cinemas, theatres and concert halls on the island will remain open.

The number of new cases in France dropped to 7,183 from a high of 10,561 on Saturday and 9,406 on Friday, according to the public health authority figures. The number of patients in hospital over the previous week rose to 2,464, of whom 427 were in intensive care.

On Friday, the government halved the 14-day isolation period. There have been almost 31,000 deaths from Covid-19 in France, according to public health authority figures.

Although France now says it is carrying out 1m tests a week, the increase in infections is higher than the increase in testing. The rate of positive tests has risen to 5.4%. The rise in new cases is especially marked among young adults, many of whom show no symptoms, health experts say.

Olivier Véran, the health minister, has warned that at the current rate of infections – growing by 30% a weekm and hospital admissions by 15% a week – could lead to hospital intensive care units being overwhelmed with new patients within two months.

Six specialist doctors wrote an opinion piece in the Journal du Dimanche calling on the French to act responsibly and said it was time to “signal the end of playtime”. The medics called on people to avoid private gatherings.

“It’s not a question of banning anything, it’s about trying to intelligently put into place protection measures in a private setting,” Philippe Amouyel, the professor of public health at Lille hospital, one of the signatories, told France Info on Sunday.

“Ensuring that people act responsibly is an important factor. It’s the only way to avoid the spread of the virus and stop it,” he added.

Amouyel urged people to think of the elderly who he said had “paid a heavy price” for the coronavirus.

The French authorities have ruled out another national lockdown, after the country’s strict two-month confinement was imposed in March.

On Monday, the World Health Organization told AFP it anticipated a rise in the number of daily deaths from Covid-19 in Europe during October and November.