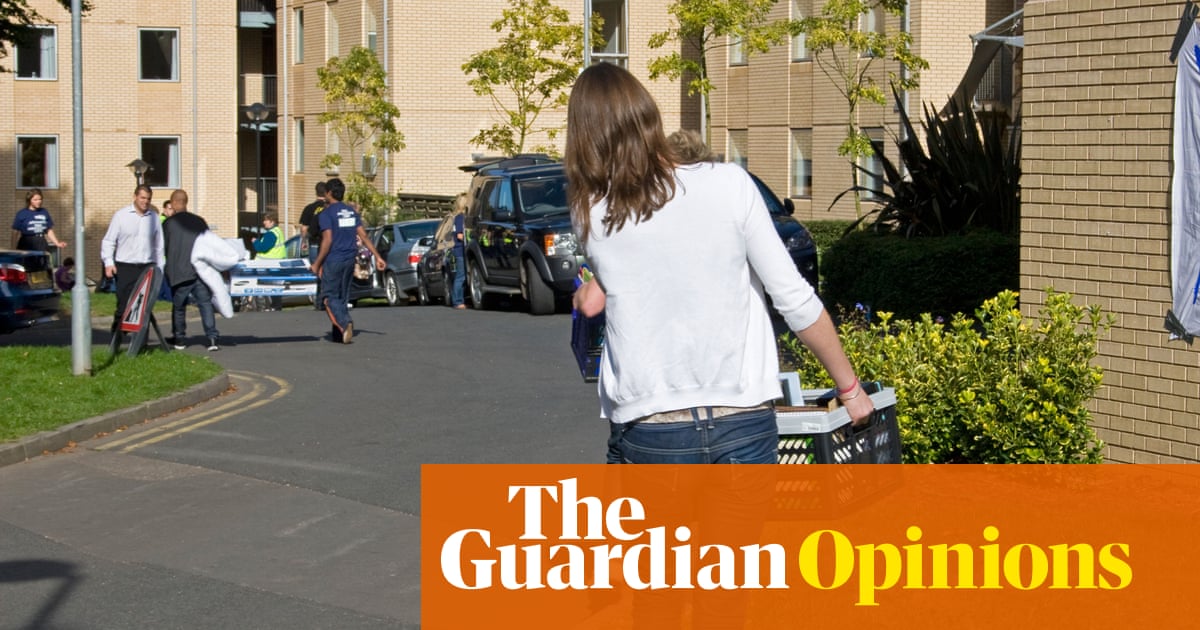 Universities usually welcome everyone to the new academic year with a big smile, amid genuinely upbeat talk of “challenges” and “opportunities”. It’s still like that this year, but the smile has something of a manic rictus to it, and the talk is based on every single finger and toe being crossed by every single vice chancellor.

Here’s where universities have got to: almost all of them are offering some form of “blended learning”, flipping between face-to-face classroom and online seminars. Big traditional lectures are out: recorded resources are in.

But the challenge ahead is exceptionally daunting. Immediate financial fears have faded a little, with more UK students taking up university places, having gained high grades from their teachers. But everyone in the sector can see the coronavirus crisis unfolding on many campuses in the US.

Case numbers are much lower here in the UK overall, but they are now rising steeply, often in exactly those urban areas – such as Leeds and Manchester – into which students are now migrating, and the dynamics of exponential growth don’t care much for a low starting point. In any outbreak in a densely populated area full of new households, small numbers can become big ones very quickly.

No one knows what happens next. We might just about get away with it, and experience a handful of clusters extinguished by rapid action and strong policing. It seems reasonable to expect a number of fairly fierce outbreaks centred on universities, numerous but at least geographically contained.

Teaching itself will probably not be the culprit. In socially distanced rooms, with all the windows and doors open, and students wearing masks, seminars might not be much fun, but they’re not likely to be that dangerous either. Universities have been scrupulous about this, and they are doing all they can. It is in off-campus behaviour, in pubs and bars and above all shared housing, that the danger lies.

The government thinks it has an answer: a four-tier system of restrictions linked to the severity of any local outbreak. As the situation worsens in the city or town surrounding any university, or on any campus, more and more limitations will be placed on face-to-face teaching. Some less essential teaching will be placed online in tier two, all but practical instruction will be web-bound in tier three, and everything but bare essential services will shift on to the internet in tier four.

It’s unclear at this stage what the exact triggers are for each stage of restrictions. Frankly, under this government, everything is opaque, and it is at the centre that decisions will be made. But at the very least some movement into tiers two and three, somewhere, seems likely: controlling the virus inside and around every university, throughout the entire academic year, seems like the moonshot the government so glibly talks about.

Each of those steps towards greater controls will mean students being pushed back to some extent into the local community, though in every stage but tier four, campus libraries and cafes should remain open: that will at least retain some connection between university and student body.

Those students’ social lives may be a lot less fun than usual. The guidelines make clear that the same rules governing private households should also be observed in university halls. In some areas community “support patrols” may be out looking to “advise” young people not to break the rules.

If the virus does rear its head, things get worse quite quickly. If anyone in a student house or whatever part of a student halls each university has defined as a “household” falls sick, those living there will have to isolate while awaiting test results (or for 14 days).

Students’ mental health will suffer, perhaps on a large scale, and they will not always be helped by the resources offered. Online provision can take on something of a “throw jelly at the wall” feel: policy after policy might well be uploaded on to students’ learning portals, but there’s little evidence students even want to see all that.

Some of these difficulties were inevitable. Young people were always going to socialise. They cannot be held under house arrest while we await a vaccine. But the government’s feckless indolence has made everything worse.

Ministers could have established a national scheme for regular, mandatory mass testing; this is already under way at a small number of institutions, such as the University of Leicester. They could have drawn on university science itself, encouraging wastewater testing or modelling from mathematics and economics. They didn’t bother.

Instead, universities are expected to step into the breach. They will do their best as never before, with a battery of support marshalled from counselling, disability and careers services, as well as from inside student unions. It may turn into a long haul, and there is nothing for it now but to redouble our efforts in what could become a tough winter.