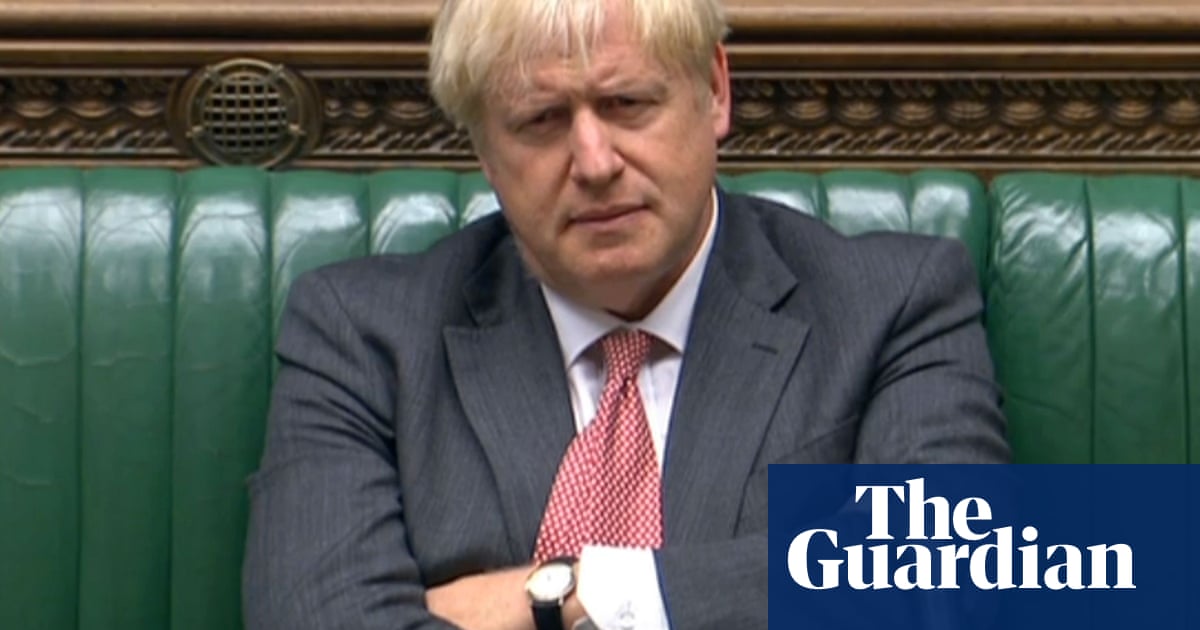 Conservative MPs fired a warning shot at Boris Johnson’s conduct of the Brexit process on Monday night, as former cabinet ministers and attorney generals said they would withhold support for a controversial bill which will break international law.

One government source said the justice secretary, Robert Buckland, was “wobbly” and had asked for additional cabinet scrutiny of a controversial clause of the bill.

Internal market bill: what it says and the UK hopes to achieve

Among those who refused to support the bill on Monday were a slew of senior Conservatives, select committee chairs and QCs – most notably the former chancellor Sajid Javid and ex-attorney generals Sir Geoffrey Cox and Jeremy Wright.

However, Johnson’s sizeable majority meant the UK internal market bill passed with a comfortable cushion of 77 votes on Monday night, by 340 votes to 263. The real showdown is now set to be next week’s vote on an amendment by Bob Neill, the Conservative chair of the justice select committee.

MPs had urged the government to accept that amendment – rather than proceed with the internal market bill which breaches part of the Northern Ireland protocol as set out in the withdrawal agreement signed with the EU.

The veteran Conservative backbencher Sir Roger Gale said he voted against the bill: “I believe very strongly we should obey international law. I believe the United Kingdom’s word is its bond and I think this is damaging our international reputation for honesty and straight-dealing,” he said.

He added that there was “much to play for” when the Commons comes to consider amendments to the bill next week.

The select committee chairs Neill, Simon Hoare and Tobias Ellwood, and the former culture chair Damian Collins, criticised the bill as well as the former international development secretary Andrew Mitchell. A number of former lawyers withdrew support including MPs Rehman Chishti, who resigned as a special envoy, and Gary Streeter.

Buckland was said to be particularly concerned about clause 45 of the bill. This states that regulations made by ministers under the legislation cannot be found incompatible with international law. It appears to be an attempt by Downing Street to avoid future legal challenges.

All five living former prime ministers had expressed concern about the bill, as well as the former Conservative leaders William Hague and Michael Howard.

Charles Walker, the vice-chair of the 1922 Committee of Conservative backbenchers, suggested the brewing rebellion, even if it did not kill the bill, was the result of mounting tension within the party – not only over the breach of international law but over coronavirus restrictions – both of which he called “profoundly un-Conservative.”

“I’m not going to be voting for this bill. Because if you keep whacking a dog don’t be surprised when it bites you back,” he said. “We are all members of parliament and we deserve to be taken seriously.”

Some MPs were told the threat of withdrawing the Conservative whip had not been ruled out if they rebelled.

In a nod to some angry MPs, Johnson said he would never invoke the controversial powers in the internal market bill if a Brexit trade deal was reached with the EU. He said the UK would “simultaneously pursue every possible redress under international law, as provided for in the [Northern Ireland] protocol” – a measure suggested by Cox.

Opening the debate in the Commons, the prime minister claimed the EU was willing to “use the Northern Ireland protocol in a way that goes well beyond common sense, simply to exert leverage against the UK in our negotiations for a free trade agreement”.

Johnson said the measures in the bill – which would hand unilateral powers to ministers in key areas yet to be agreed with the EU, breaching the terms of the treaty agreed in January – were “a protection, it’s a safety net, it’s in an insurance policy, and it is a very sensible measure”.

He said threats from the EU, which the bloc has denied, had made the legislation necessary, claiming the bloc could prevent food exports from Great Britain to Northern Ireland.

That claim drew incredulity from the shadow business secretary, Ed Miliband, who responded for Labour. He said the bill did “precisely nothing” to address that issue, offering mockingly to give way to Johnson in the Commons if he had found anything in the bill that dealt with the “supposed threat”.

“He didn’t read the protocol, he hasn’t read the bill,” Miliband said. “What incompetence, what failure of governance, and how dare he try and blame everyone else? This is his deal, it’s his mess, it’s his failure.”

Intervening in Johnson’s speech, Wright raised the ministerial code which he said bounds ministers to respect international law. Earlier the former attorney general had said he along with many others were “profoundly disturbed by what’s going on”.

A number of those who objected were former lawyers, including Cox. “There is concern among some lawyers in parliament about what effect this would have on their practice after they leave parliament – the bar has made its view very clear,” one MP said.

The debate also saw two of the 2019-intake of Tory MPs say they would decline to back the bill. Imran Ahmad Khan, who represents Wakefield, said: “Moral authority is hard-earned and easily lost.” The other was Dr Ben Spencer, who has the former chancellor Philip Hammond’s seat of Runnymede and Weybridge.

Javid, who quit the cabinet earlier this year, said it was not clear why international law had to be broken and that he was “regretfully unable to support the UK internal market bill” unamended. He added the UK should wait until it was clear the EU intended to act in bad faith and until then use safeguards already enshrined in the withdrawal agreement.

Others who abstained included Ellwood, the chair of the defence select committee, who said: “Everything is getting very high-octane, and the collateral damage to Britain is reaching the US Congress, where people are bewildered we are going down this avenue.

“Many of us are conflicted because I came into politics to further Britain’s place on the international stage, and now we are at a time where there is an absence of political leadership, and we can’t hold our heads up high if we are being seen to challenge international law.”

An amendment next week has been put forward by Neill – another former barrister – which is gathering support. It would require parliamentary approval before any future decision could be made by the government to disapply the terms of the Northern Ireland protocol in the withdrawal agreement.

Those backing the Neill amendment include the former cabinet minister Damian Green, the QC and former justice minister Oliver Heald and Damian Collins, former chair of the culture select committee.

One senior backbencher accused the whips of scare tactics ahead of the vote. “Unfortunately this is being framed as being pro or against Brexit again, even whether you are patriotic,” the MP said. “Cox’s intervention should prevent it descending into those shallow waters.

“They are now leaning heavily on loyalty to the prime minister – and there are many people who do want to go back into government and they will be tested today, there’s no question.”

There is consternation even among loyal long-serving Conservatives who are planning to back the government. One former cabinet minister said they would only back the bill “through gritted teeth”.

On Monday, David Cameron said: “Passing an act of parliament and then going on to break an international treaty obligation is the very, very last thing you should contemplate. It should be an absolute final resort. So, I do have misgivings about what’s being proposed.”

The former Labour prime ministers Gordon Brown and Tony Blair and the former Conservative prime minister John Major all said the bill risked the UK’s international obligation. Johnson’s predecessor, Theresa May, also made clear in parliament she is concerned about the implications of the bill.

The former prime minister did not vote on the bill on Monday – but was in South Korea on a planned invitation for the World Knowledge Forum.