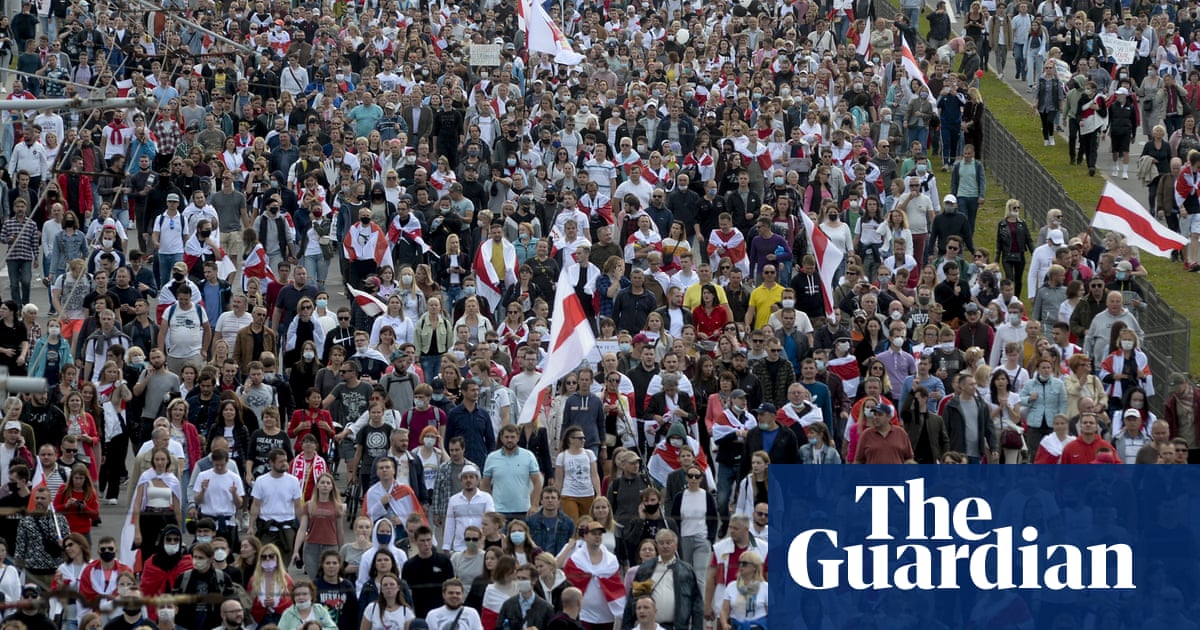 The embattled Belarusian president, Alexander Lukashenko, is due to meet his Russian counterpart, Vladimir Putin, in talks that could be crucial in determining whether or not he survives an ongoing protest movement against him.

Lukashenko’s plane took off from Minsk on Monday morning, and he is due in Sochi, the Black Sea resort where Putin has a residence, for talks in the afternoon. The visit comes a day after Lukashenko’s riot police struggled to deal with another huge rally in Minsk and other cities, with 400 people detained and water cannon used against protesters.

Protests have been ongoing for more than a month, since Lukashenko declared victory in a presidential election on 9 August and then cracked down ruthlessly on protests in the aftermath. For some weeks since the initial wave of violence, daily protests and massed rallies on Sundays have been allowed to go on largely unmolested, but in recent days, riot police have cracked down again.

Incidents caught on camera show that, for the first time, police have been willing to use violence against female protesters. Police, sometimes in plain clothes and often wearing balaclavas, picked people from the crowds and bundled them into waiting vans. Authorities have also targeted the leaders of the protest movement, particularly those involved in a coordination council set up to oversee a peaceful transition of power. Members have been arrested, threatened or forcibly deported.

Lukashenko has publicly asked Putin to intervene militarily in Belarus, painting the protests as an arm of a Nato-led military assault on the country. Putin has declined to do so, but said he had prepared a contingent of law enforcement officers to send in if things got out of control. On Monday, Russia will send paratroopers to Belarus for 10 days of military exercises entitled “Slavic brotherhood”, Russian news agencies have reported. Lukashenko is also looking for financial assistance from Russia to help him neutralise the protest movement.

Russia and Belarus nominally form a “Union State” that is meant to involve close integration under a number of common institutions but in reality only exists on paper, partly because in the past Lukashenko has been reluctant to cede power.

Analysts say Putin does not particularly like or trust Lukashenko, but is loth to see power challenged by street protests in a country so close to Russia. Some believe Putin’s game may be to force a weakened Lukashenko to accept further integration, essentially resulting in a form of soft annexation.

The slogan for the protest on Sunday was “We won’t let him sell the country”. Although the protests have not been geopolitical, and many people in Belarus are pro-Russian, there is increasing disquiet at the Kremlin’s support for Lukashenko.

The visit to Sochi is Lukashenko’s first trip outside the country since the protests began. On Friday, the Kremlin said no documents would be signed at the meeting on Monday and there would be no press conference.