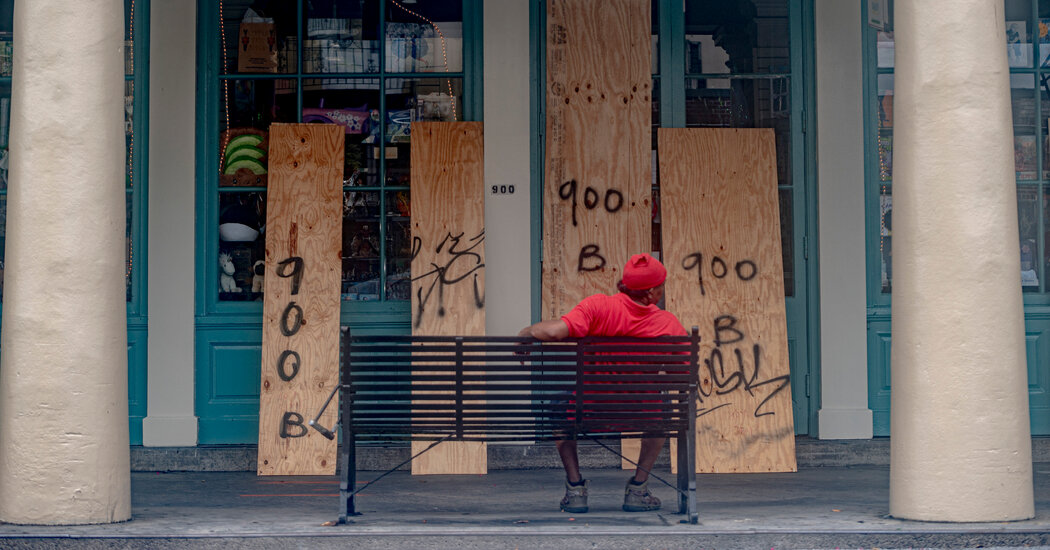 ATLANTA — Less than a month after Hurricane Laura battered the Gulf Coast, shredding communities and upending hundreds of lives, another storm barreled toward the region on Monday, with officials again urging residents to brace themselves for destructive winds and surf.

“We have every reason to believe this storm presents a very significant threat to the people of southeast Louisiana,” Gov. John Bel Edwards of Louisiana said during a briefing on Sunday.

The looming storm, Sally, which strengthened to a hurricane shortly after noon on Monday, is expected to make landfall on Tuesday morning. Forecasters said it was likely to barrage a stretch of the Gulf Coast from west of New Orleans to Alabama with a potentially lethal storm surge, gusts of powerful winds and the threat of flash flooding.

The surge could reach as high as seven to 11 feet near the mouth of the Mississippi River, and upward of five feet along a broader stretch of the Gulf Coast, according to the National Hurricane Center.

One of the dangers, officials and forecasters said, was Sally’s sluggish speed, which meant the storm surge could be compounded by concentrated rainfall, as much as 24 inches in some places.

“It is going to make landfall around the same time high tide would,” Gregory S. Michel, the executive director of the Mississippi Emergency Management Agency, said in a briefing. “If you’ve been tracking the storm, it is projected to make a very sharp northeastern turn; it is going to cause the storm to stall and dump heavy rain on top of the storm surge.”

Sally, the 18th named storm of the season, targets Louisiana after the state has already been battered by a punishing year, hit hard by the coronavirus and previous storms.

In August, officials issued grave warnings that tandem storms, Marco and Laura, could both reach hurricane strength and hit the state within 48 hours of each other, which forecasters described as a rare phenomenon. But Marco fizzled before making landfall.

Laura, however, grew into one of the most powerful storms Louisiana has confronted, striking as a Category 4 storm.

The storm surge inundated a stretch of the state’s western coast, and its winds pulverized many communities, particularly Lake Charles, leaving thousands still without electricity and many more facing the prospect of rebuilding their homes and lives. Still, there was a measure of relief, as the storm’s devastation did not meet the worst that forecasters had anticipated.

In New Orleans and beyond, residents were loading up sandbags and stocking up on supplies on Monday, as many heeded the warnings from officials. “We need people to take this storm very seriously,” Governor Edwards said.