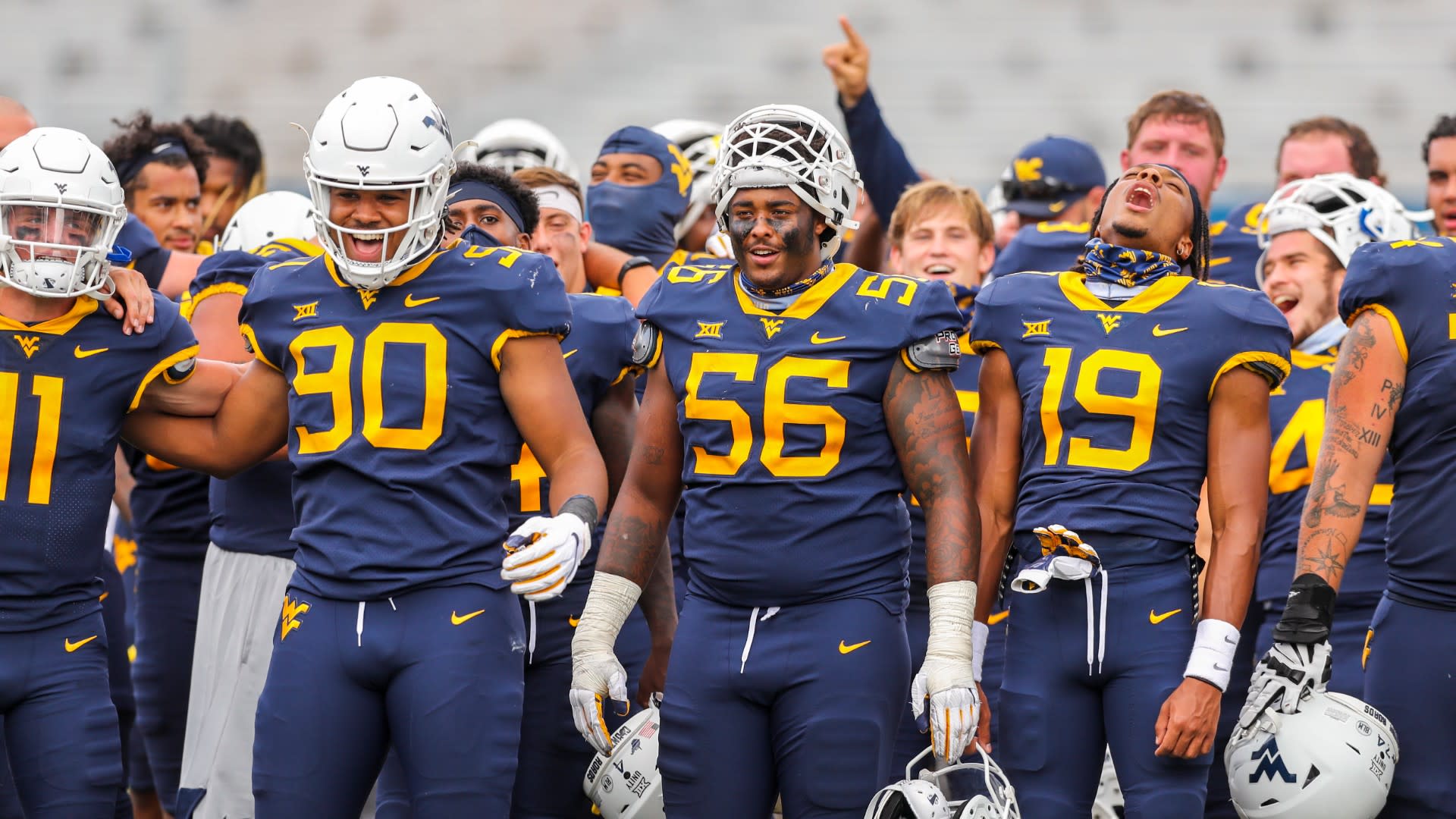 West Virginia took the field against Eastern Kentucky on Saturday down 11 players who were suspended for violating team rules. But the Mountaineers didn’t skip a beat, topping EKU by a score of 56-10 behind 624 yards of total offense.

After the game, West Virginia’s players gathered along the sideline — as they always do after home wins — and sang John Denver’s “Take Me Home, Country Roads” to their families sitting in the stands at Milan Puskar Stadium.

There was no student section to join in the post-game festivities. West Virginia had a COVID-19 outbreak on campus after a week-and-a-half of classes and last Monday moved all instruction online through Sept. 25.

Brown and Sinkfield both finished with career highs of 123 yards and two rushing TDs in the Mountaineers’ season opener. It marked the first time that two West Virginia players went over 100 yards in the same game since the 2017 season.

West Virginia did not have a single 100-yard rusher last season and averaged just 73 yards per game as a team, the third worst in the Bowl Subdivision.

West Virginia overcame the suspension earlier in the day of 11 players for reasons that were undisclosed and not related to the coronavirus pandemic. Ten of those players were on offense, including starters at wide receiver and on the offensive line.

With only family members of the players and essential staff allowed in the stadium due to the pandemic, West Virginia’s players fed off of their own energy. The Mountaineers compiled 624 yards of offense against the Championship Subdivision Colonels (0-2).

Brown scored on first-half runs of 10 and 8 yards and caught a 15-yard scoring pass from Doege as the Mountaineers jumped ahead 42-7 at halftime.

Sinkfield’s second touchdown run, a 17-yarder in the third quarter, came after his fumble inside the Eastern Kentucky 30 was overturned upon review.

Doege also had TD tosses of 32 yards to Sam James and 8 yards to Bryce Ford-Wheaton. Doege finished 19 of 25 for 228 yards and sat out the second half.

Eastern Kentucky’s Parker McKinney went 9 of 17 for 131 yards and one score.

Eastern Kentucky: The Colonels will be glad to have a week off to figure out what’s gone wrong after being outscored 108-10 in their first two games.

West Virginia: The Mountaineers saw an offensive balance that was missing a year ago. But there are no more chances to work the kinks out or get sorely needed experience for a young roster with the start of the Big 12 season already in view.

West Virginia has next weekend off before its scheduled Big 12 opener at No. 15 Oklahoma State on Sept. 26.