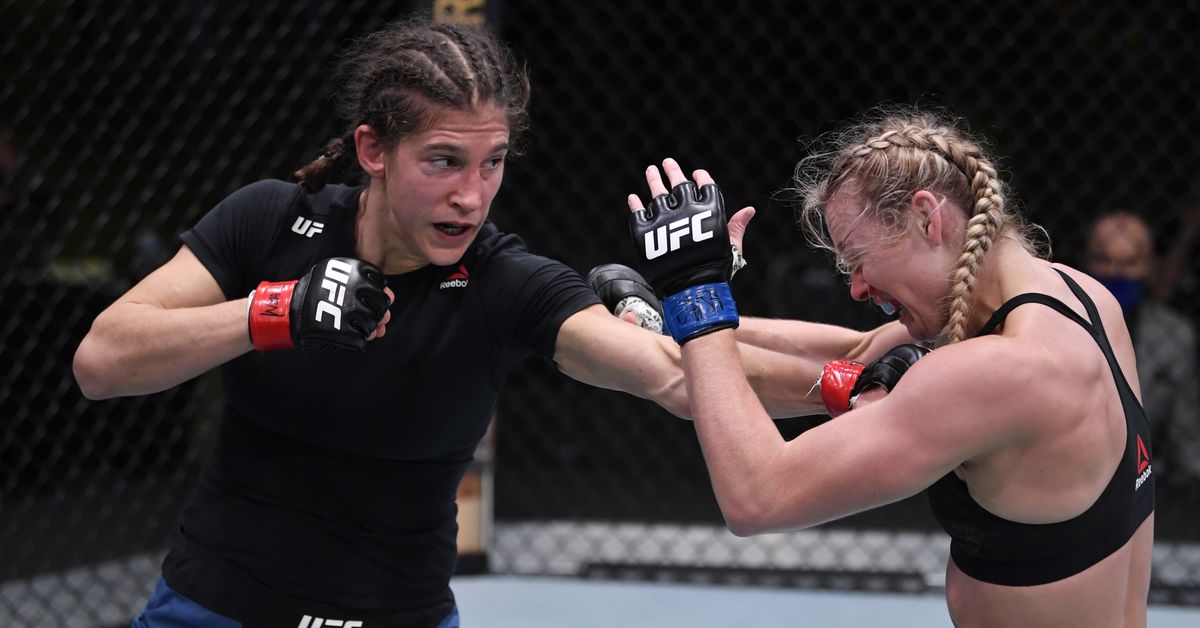 Roxanne Modafferi moved to 2-0 in her career against Andrea Lee with a unanimous decision win on the UFC Vegas 10 main card.

While neither victory came easy, Modafferi showcased a strong grappling game to take Lee down several times over three rounds to eventually get the win with all three judges scoring the fight 29-28 in her favor.

“I’m super happy,” Modafferi said after previously beating Lee when they met in Invicta FC. “I trained really hard for this fight. We both changed a lot. We both improved. I’m just super stoked to get the win.”

It was a battle for position throughout the opening round with Modafferi and Lee scrambling on the ground in several grappling exchanges. Modafferi was eventually able to maintain control of Lee’s body on the mat to begin working from the top, which is where she did her best work.

When Lee was able to stay standing, she showed a strong striking game as she walked down Modafferi while throwing a flurry of punches and kicks. Her best shot came late in the second round when she connected with a well-timed spinning back elbow that rattled Modafferi momentarily.

The battle between striker and grappler continued into the third round with Lee trying to dominate on the feet and Modafferi looking to take the action back into her world on the ground. While Lee did solid work early it was Modafferi who dragged her to the mat with two minutes remaining, which may have been enough to sway the judges in her favor.

Modafferi has continued to bounce back and forth with wins and losses since coming back to the UFC in 2017 and Saturday night was no different. She returned with a victory after suffering a unanimous decision defeat in her previous appearance.

As for Lee, she’s now dropped three straight fights after starting her UFC career with a trio of wins.