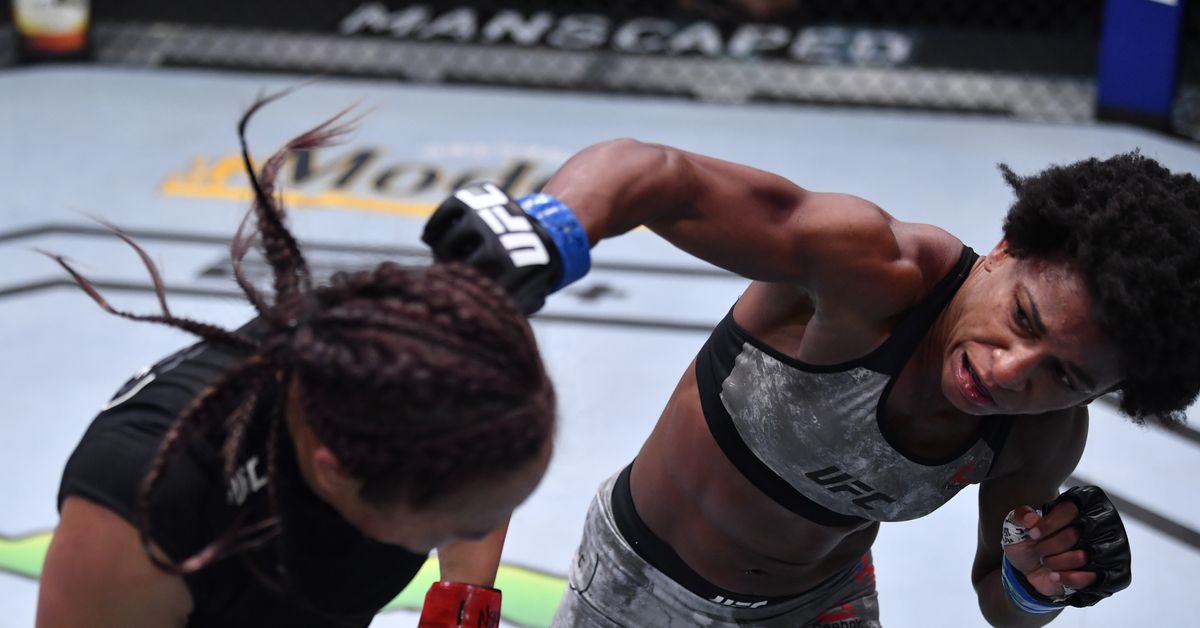 There have been a few recent UFC cards with no “Fight of the Night” awarded, but UFC Vegas 10 wasn’t one of those.

The strawweight main event between Michelle Waterson and Angela Hill was a shoo-in for the best fight of Saturday’s card, with both fighters earning an additional $50,000 for a five-round slugfest that Waterson took via split decision.

UFC President Dana White declared there were “no losers” after the fight, which left the meager crowd at the UFC APEX applauding.

The other two bonuses handed out at UFC Vegas 10 went to fast finishers. Preliminary card fighter Kevin Croom earned a “Performance of the Night” bonus for a 31-second finish of Roosevelt Roberts, a fight Croom took on short notice. Co-headliner Ottman Azaitar also took home $50,000 for a stoppage of Khama Worthy, which came just 93 seconds into their fight.