Teenagers who commit murder could be sent to prison for life with no chance of parole, under a major shake-up of sentencing laws to be outlined by ministers this week.

The proposed changes, to be unveiled by the justice secretary, Robert Buckland, in a white paper, follows the sentencing in August of Hashem Abedi, the brother of the Manchester Arena bomber Salman Abedi, who was found guilty of murdering 22 people but was spared a whole life sentence because of his age.

At present whole life terms can only be given to those aged 21 or over at the time of the office, under the terms of the 2003 Criminal Justice Act. Abedi was 20 at the time he and his brother committed the atrocity in May 2017.

He was convicted after a court heard he was “just as guilty” as his brother, who detonated the bomb at the end of an Ariana Grande concert. 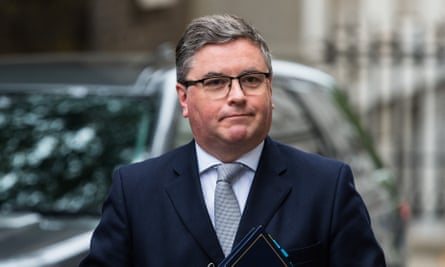 The justice secretary, Robert Buckland, intends to lower the age at which whole life orders can be given from 21 to 18. Photograph: Barcroft Media/Getty

In the white paper Buckland will say the government intends to lower the age at which whole life orders can be given, without right to parole, from 21 to 18. At the Abedi trial, the judge said he would have given him a whole life order but was prevented from doing so because of his age.

The reforms will also include new powers to halt the automatic release of offenders who become radicalised behind bars and pose a danger to the public. Instead, they would be referred to the Parole Board to consider whether it would be safe to release them before they have served their full sentence in custody. This could include those who may have been acquitted of terror charges but convicted for other crimes, such as firearms or money laundering, who are then later deemed to be a danger to the public.

The prime minister, Boris Johnson, said: “I am determined to restore confidence in the criminal justice system and fundamental to that is ensuring the public is kept safe.

“Protection has to be the priority. That is why we are changing sentencing laws to keep the most dangerous offenders behind bars for longer, recruiting 20,000 more police officers to catch them, and making sure the prison and probation service have the powers they need to rehabilitate and stop reoffending.”

Robert Buckland QC said the package would amount to the “most radical reforms to sentencing in almost 20 years. From longer jail time for dangerous criminals to new measures to improve rehabilitation and cut reoffending – we are delivering a system that is more equipped than ever to crack down on crime, which the public can have confidence in to keep them safe.”

Other measures include ending the halfway release of offenders sentenced to between four and seven years in prison for serious crimes such as rape, manslaughter and GBH with intent.

Instead, they will be made to spend two-thirds of their time in custody, before being subject to strict licence conditions upon release. It follows new legislation earlier this year which applied these rules to people handed a standard determinate sentence of seven years or more, where the maximum penalty is life.

Buckland is also expected to confirm proposals to ensure age and the seriousness of a crime are better factored into sentencing. He will propose increasing the starting point for determining sentences for 15-17 year olds who commit murder from a minimum of 12 years to two thirds of the equivalent starting point for adults. This means that in the the most serious cases, where the tariffs begin at a minimum of 30 years for adults, 15-17 year olds could expect to face a minimum 20 years in prison. However 10-14 year olds would face a lower tariff at half the adult starting point, reflecting their reduced maturity and development.

The white paper will also include plans to restrict so called “tariff reviews” for murderers when they pass the age of 18.