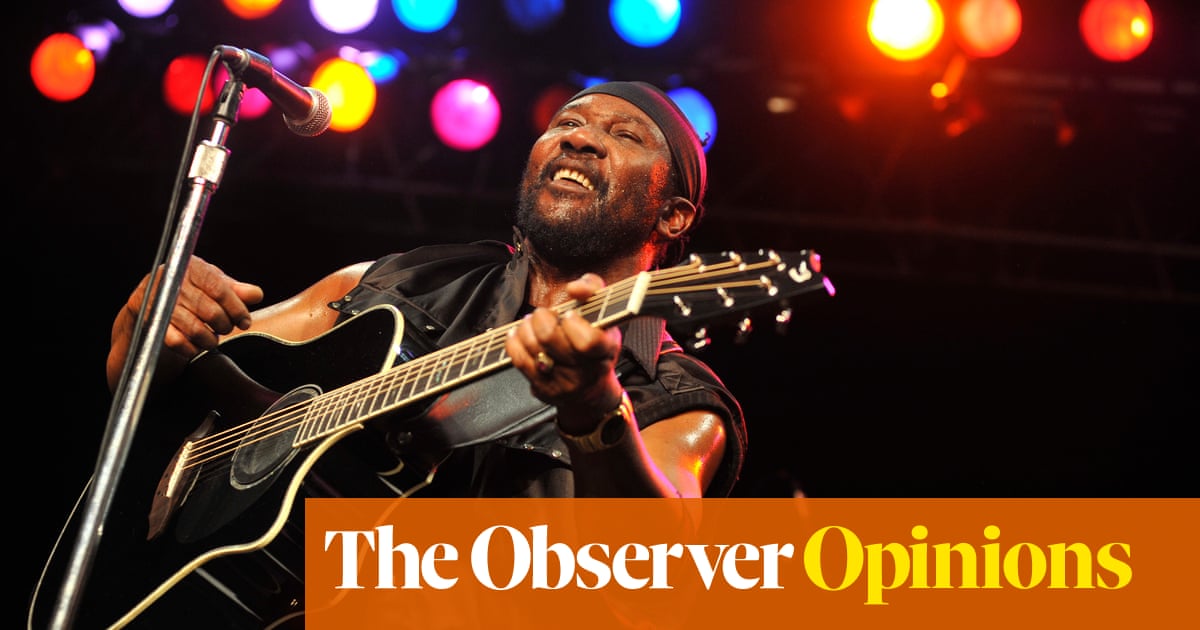 I can still remember the first time I heard Pressure Drop. The little drum intro. The bass riff. The rhythm guitars. And then the voice of Toots Hibbert, a voice both soulful and raw, comforting but just a little menacing too.

It was a song to bring joy, to get a roomful of Doc Martens bouncing. It was also a song about revenge and karma. That was the way with Hibbert – the melding of the blissful and the rough, the soothing and the sharp.

Frederick “Toots” Hibbert died on Saturday. With his group, the Maytals, founded with Henry “Raleigh” Gordon and Nathaniel “Jerry” Matthias, he had been a pioneer of rocksteady in Jamaica in the early 1960s. As the music evolved, first into ska and then into reggae, Toots and the Maytals were at the forefront of the shifts. Hibbert was a superb songwriter and storyteller. And then there was his voice, one that drew into reggae echoes of American gospel and soul, of Ray Charles and Otis Redding.

Signed up to Island Records, Toots and the Maytals became part of that extraordinary collision of music, culture and politics that helped define late 1970s and early 1980s Britain. Punk, reggae and two tone, Rock against Racism and the Brixton riots, Thatcherism and the miners’ strike and songs such as Police and Thieves and Ghost Town. Toots and the Maytals wove themselves into the soundtrack of those transformative years, their songs covered by the Clash and the Specials, among others.

Toots Hibbert never possessed the global appeal of Bob Marley, but he was just as significant in transforming the music of Jamaica, infusing it with wider influences and bringing it to a new audience. Reggae Got Soul was one of the Maytals’ hits. No one showed it more than Toots Hibbert.