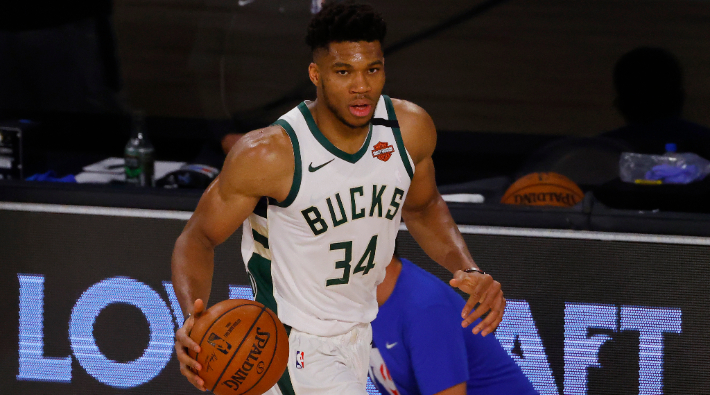 The Milwaukee Bucks entered a monumental offseason a little earlier than anyone anticipated. The team fell in five games to the Miami Heat in the Eastern Conference Semifinals, and now, the team is faced with the uncertainty surrounding the future of Giannis Antetokounmpo. While they can put a supermax contract in front of the reigning league MVP this offseason, and Antetokounmpo has made it clear he will not request a trade, he can still turn down the contract, play out next year, and become an unrestricted free agent in 2021.

While there’s still a little bit of time before the Bucks can officially offer up that deal, that is going to hang over the franchise for the coming days and weeks. And before we get to that point, Antetokounmpo apparently decided to meet up with ownership to talk about what the future holds.

According to Chris Haynes of Yahoo Sports, Antetokounmpo and co-owner Marc Lasry met up on Saturday on the heels of Antetokounmpo unfollowing a number of people — including the Bucks and his teammates — on social media. It is unclear what the specifics were about the meeting, but according to Haynes, “rival teams are closely monitoring the situation,” which, of course, rival teams should be doing anyway, because it isn’t every day that a player of his caliber’s future is uncertain.

The playoffs are the biggest story in basketball, but away from the court, there isn’t anything quite as big as what ends up happening with Antetokounmpo. There are plenty of huge names who can see a change in scenery next summer, and all of them are worth monitoring up until free agency begins. For now, though, all eyes are on Milwaukee.