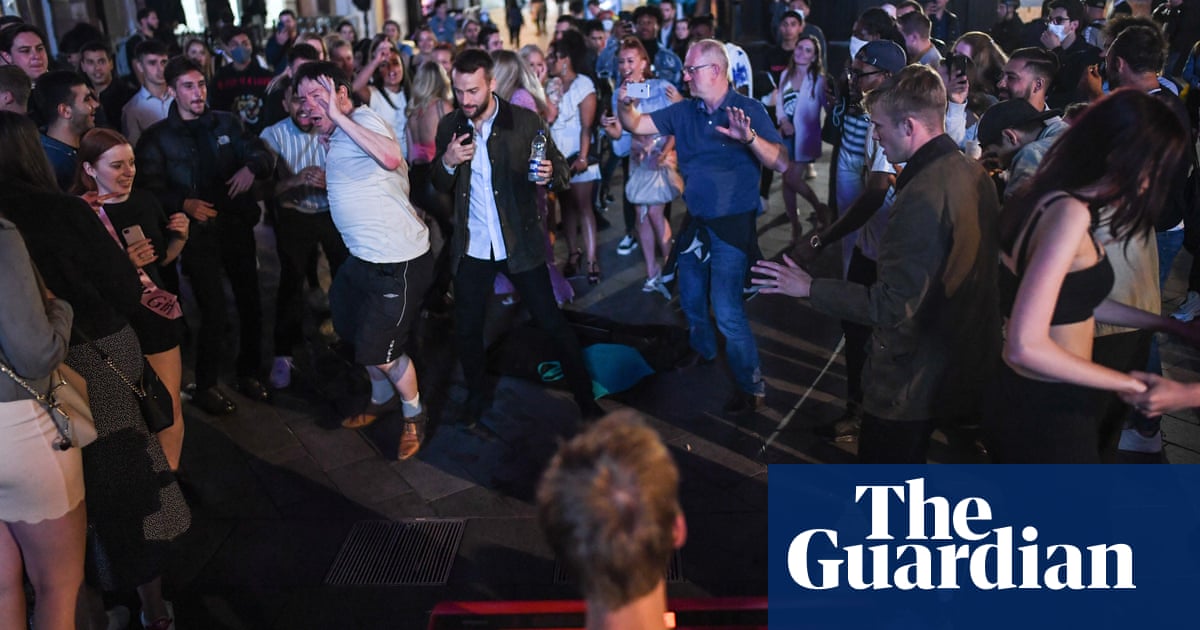 Police chiefs have urged the public in England to take personal responsibility and observe the new “rule of six” regulations following a weekend rife with illegal gatherings.

Overall crime dropped dramatically during the coronavirus lockdown, when police were handed powers to enforce regulations designed to limit the spread of the disease. But Martin Hewitt, the chair of the National Police Chiefs’ Council, said demand for the police was now close to that before the outbreak of the pandemic and urged the public to do their part by limiting gatherings indoors and outdoors to six people.

Hewitt said: “Preventing the spread of coronavirus is a shared effort, and police are playing our part alongside government, businesses, hospitality owners, local authorities and others.

“Officers are in their communities following our approach to engage, explain and encourage people to follow the rules. We will issue fines when people refuse to comply.

“The demands on the police service are now at similar levels to before the pandemic, which makes it crucially important that we all take personal responsibility, stick to the limits and prevent the spread of this deadly virus.”

Police dispersed a number of illegal gatherings over the weekend as people made the most of the last two days before the “rule of six” restrictions came into force.

Greater Manchester police said they closed down illegal gatherings at properties in Altrincham and Flixton on Saturday night, as well as a gathering of about 70 people in Mottram. The interventions came a few hours after officers attended a gathering at an address in Stockport that had 45 people in attendance, and another address in north Manchester to which they had been called on two previous occasions. Earlier, Nottinghamshire police fined a teenager £10,000 for hosting a house party in Lenton at which more than 50 guests gathered.

Fixed penalty notices were issued at each of the incidents, as current rules only allow groups of up to 30 to meet.

Police have continued to step up patrols in recent weeks and have cracked down on illegal gatherings. Deployments in some areas of concern – such as Leicester and Greater Manchester – have been larger than on New Year’s Eve.

The new laws prohibiting gatherings of more than six people – apart from a set of limited exemptions including work and education settings – come into effect on Monday against a backdrop of surging Covid-19 cases.

Police will be able to disperse any such gatherings and fine individuals involved £100, doubling up to a maximum of £3,200. Exemptions include cases where a single household or support bubble is larger than six people.

The home secretary, Priti Patel, said: “Across the country, we have all made enormous sacrifices in the fight against coronavirus. However, the recent rise in cases makes it clear that more needs to be done to stop the spread of this disease.

“From Monday, new laws will enable the police to fine anyone in breach of the rule of six. As we continue to fight this virus, I urge the public not participate in social gatherings of more than six people in any setting, indoors or outdoors.”

It remains the case that organisers and facilitators of larger gatherings of more than 30 people – such as unlicensed music events – can be subject to fines of up to £10,000.

Venues following Covid-19-secure guidelines – such as places of worships, gyms, restaurants and other hospitality venues – can still hold more than six people in total. But within those venues, there must not be individual groups larger than six, and groups must not mix socially or form larger groups.

Downing Street faced a significant backlash from Tory MPs over the new law, including its refusal to follow Scotland and Wales in exempting younger children.