The students returning to Bristol University’s rambling city centre campus of Victorian villas, gothic towers and grand gardens this week have mixed feelings about going back to face-to-face teaching next month.

Jessica Choi, a third-year geography student who has been to the university gym, is keen to see her friends but knows that real risks come with in-person teaching and the descent of thousands of students on to the campus. “I’m excited to see everyone but I know it is probably very unsafe because there’ll be so many of us in such a tight space,” she says. “But for the sake of my studies I do need to go. Online teaching is hard to absorb. Everyone’s grades went down at the end of last year.”

Choi, 20, says there is some truth in the suggestion from ministers that young people have been flouting the rules, which has led to rising cases among the under-30s. “There’s loads of house parties going on here. The flat next to me had a party last night with a lot of people,” she says. “It’s really irresponsible. I know people who have been affected but a lot of people feel it’s a distant problem.” 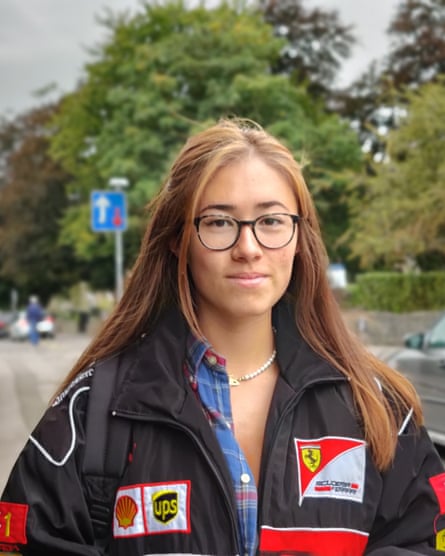 Most of the students visiting the campus feel that they been have unfairly blamed for the government’s failings and mixed messages. Bella Smith, 20, a third-year history student, points out that the young were encouraged to go out and support local businesses over the summer: “It is ridiculous. We’ve been told to ‘eat out to help out’ and ‘please go to the pub’. Now we’re being vilified.”

She claims that students are just as likely to have picked up the virus from workplaces as from raves or parties. “Students are filling the jobs with face-to-face contact with the public,” she says. “Lots will be doing supermarket or bar work, and those are the jobs where you are more likely to get infected.”

Luke Topley, 20, a biology student, says that irresponsible people are found in all age-groups – not just the young. “It’s more to do with the type of person than the age. There are lots of young people who are very responsible and follow the rules better than adults,” he says.

The thousands of first years, who will start arriving in city’s many halls of residence this month, will have a very unusual introduction to university life. For the first two weeks they will be allowed to socialise only with a limited number of students in the same flat or floor in halls. Most of the freshers’ events are online, and marquees that the student union had planned to erect have been put on hold following the ban on gatherings of more than six people. “It is frustrating,” says Julio Mkok, the student union officer responsible for organising freshers.

Despite the new restrictions, many are just relieved to be on the campus again. Rhea Arora, 20, a medical student, says that she hasn’t had face-to-face contact with her tutors for over six months. “It’s not great, especially with medicine. It is nice to talk to lecturers afterwards,” she says. “It’s very difficult to watch a video of someone opening up a heart when there is no one to go to if you don’t understand. It has really affected my learning.”

Smith understands why many students are desperate to go back after an emotionally exhausting lockdown – but she fears that a rushed return could spread the virus: “It is risky. We are getting to the point where we will be reopening universities with more cases than we closed them.”