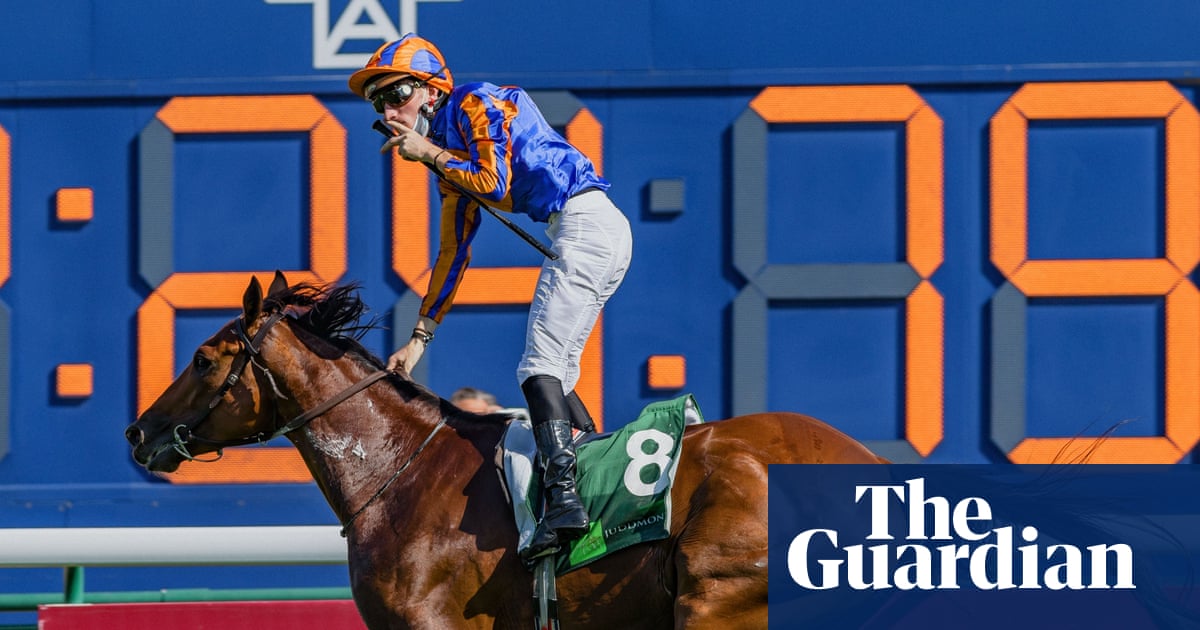 On an afternoon when his sons, Joseph and Donnacha, eclipsed him at the Curragh, Aidan O’Brien prospered in Paris on Sunday as Mogul landed the Group One Grand Prix de Paris and Anthony Van Dyck, the Derby winner last year, won for the first time in eight subsequent attempts in the Group Two Prix Foy.

Both of O’Brien’s winners at Longchamp had illustrious names in their wake. Mogul, ridden by Pierre-Charles Boudot, was four lengths in front of his stable companion Serpentine, the runaway Derby winner in July, an 11-length turnaround from the Epsom form. John Gosden’s outstanding stayer Stradivarius, meanwhile, could not cope with Anthony Van Dyck’s turn of foot at the end of a slowly run trial for the Prix de l’Arc de Triomphe.

Mogul, whose full brother Japan won the Grand Prix de Paris last season, cost £3.57m as a yearling but only now, in the autumn of his Classic season, is he beginning to live up to his price tag. Boudot needed some luck against the rail as he passed most of his nine rivals in the final three furlongs, and twice found a gap at the perfect moment. In the end, though, Mogul was a convincing winner from In Swoop and Gold Trip, with Serpentine only fourth.

“We always felt that he was only coming [to hand],” O’Brien said at the Curragh. “He was starting to show so much speed I thought maybe we were going the wrong way and should be going back to a mile-and-a-quarter.

“[Serpentine] had a good break, which we wanted to give him. I was thinking of starting him today and going back for the Arc, but we’ll see how he is.”

Tarnawa’s victory for Dermot Weld in the Prix Vermeille ensured a clean sweep for Irish stables in Longchamp’s three Arc trials, and her trainer completed a Group One double on the day when Search For A Song took the Irish St Leger at the Curragh for the second year running.

Aidan O’Brien missed out in all four Group Ones on the second day of Irish Champions Weekend, but his sons took the afternoon’s two events for juveniles. Donnacha O’Brien’s Shale beat his brother Joseph’s Pretty Gorgeous in the Moyglare Stud Stakes for fillies, while the latter’s Thunder Moon beat his father’s Wembley and St Mark’s Basilica in the National Stakes.

At the end of one of Europe’s busiest weekends of racing, Aidan O’Brien’s Love, the 1,000 Guineas and Oaks winner, remains 7-4 favourite for the Prix de l’Arc de Triomphe ahead of Enable, the winner in 2017 and 2018, on 5-2. Mogul and Serpentine can be backed at 20-1 and 25-1 respectively, while Stradivarius is unchanged at 16-1 after what Gosden described as a “typical French race”.

“His last furlong was his best,” Gosden said. “In that respect, he’s run a good trial for the Arc and that’s where he’ll be going.”