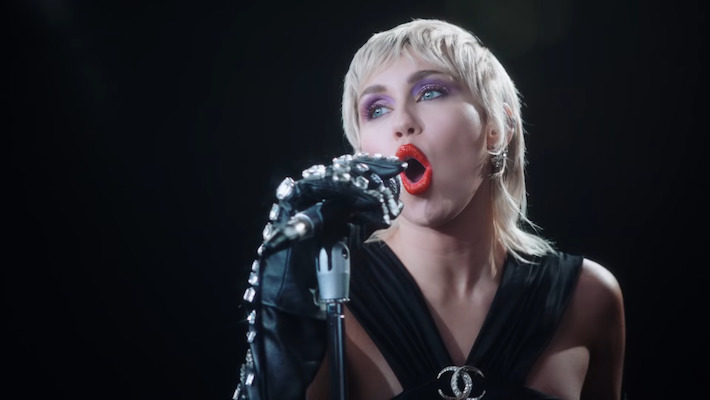 Miley Cyrus was set to release her seventh album at the end of 2019, but vocal cord surgery forced the singer to delay its release as she recovered from the procedure. Almost a year removed from that surgery, Miley is back in action preparing to finally release the album, entitled She Is Miley Cyrus, to her fans. In a recent interview with French radio station NRJ, the singer revealed that her own musical interests served as the inspiration for the music on the album.

“In my sets, I cover Britney Spears to Metallica, so my record will be reflective of who I am,” she said in the interview. “Which is just kind of all different pieces of inspiration and influence.” The mention of Metallica falls in line with what Miley said about the album in a March interview with the Australian radio station Nova FM where she said it “is sounding super rock and roll.”

In the interview on the French radio station, Miley also spoke on her recent single, “Midnight Sky,” and how it fits perfectly with the kind of music she loves and the direction she wants to take on the upcoming album.

“I think the first single comes with a lot of pressure because it does kind of show everyone where you’re going,” she said. After its release in August, Miley performed the new single at the MTV VMAs where she replaced her wrecking ball for a mirror ball in her dance-heavy performance.

(via Consequence Of Sound)