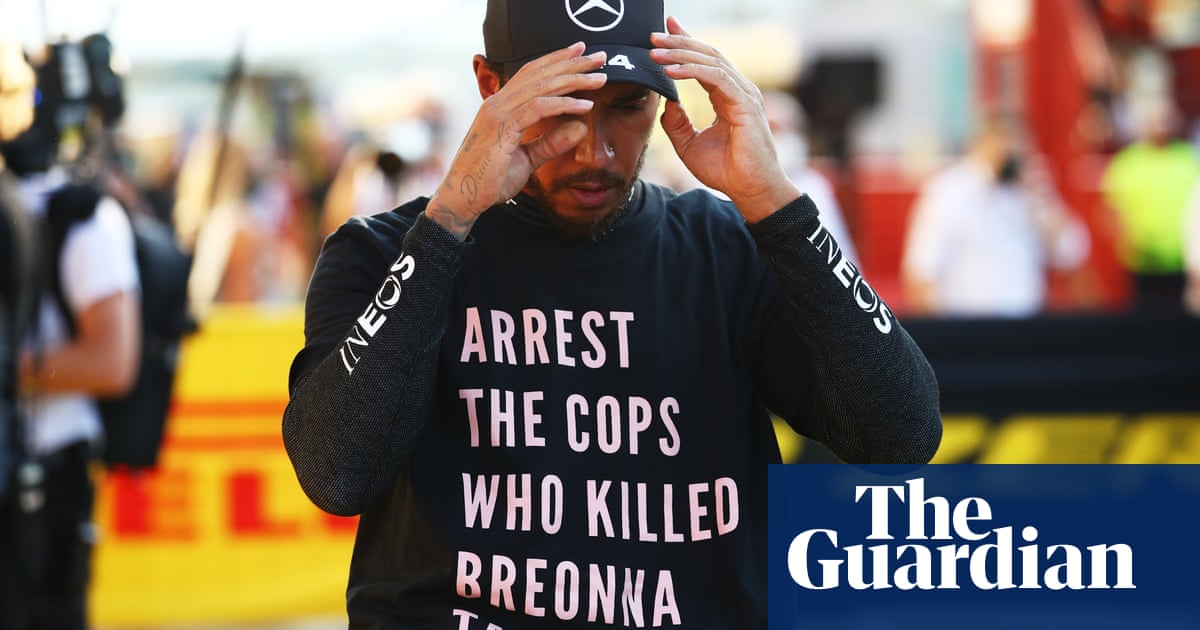 Lewis Hamilton and leading drivers have condemned Formula One and the FIA for putting drivers at risk for the sake of entertainment after a safety‑car restart led to a major accident at the Tuscan Grand Prix. The world champion also restated his commitment to fighting racism, saying he had been inspired by the actions of the tennis player Naomi Osaka.

Hamilton won the race at Mugello from his Mercedes teammate Valtteri Bottas. After a safety‑car restart four cars in the midfield collided, causing the race to be stopped. All the drivers were lucky to escape unhurt.

Bottas had been backing the pack up and said bunching had occurred because the lights on the safety car that go out to allow the lead driver to control the pace did not do so until after the final corner. Bottas and Hamilton believed this was done to keep the field together on a restart and prevent the leader from establishing control.

“It was absolutely not Valtteri’s fault, it’s the decision makers that are trying to make it more exciting,” Hamilton said. “Today it put people at risk, perhaps they need to rethink that. They have been moving switching off the safety car lights later and later and later. We are fighting for position. They are trying to make it more exciting but today was a little bit over the limit but Valtteri did exactly what anybody would do.”

Hamilton wore a shirt bearing the statement: “Arrest the cops that killed Breonna Taylor” in the pre-race anti-racism gesture. The 26‑year‑old Taylor was shot dead in her home by police in Kentucky in March. It was his most overtly political message yet in support of Black Lives Matter. He immediately wore it once more for the post‑race interviews and on the podium.

Hamilton said his statement on an individual victim reflected his commitment to the broader anti-racism cause. “It is fighting the same thing. It took me a long time to get that shirt and I have been wanting to wear that and bring awareness to the fact that people are being killed on the street and someone was killed in her own house. They were in the wrong house and those guys are still walking free.”

Osaka wore face masks at the US Open bearing the names of Black victims of police or racist violence and Hamilton said: “Naomi has been doing amazing, huge congratulations to her, she is an incredible inspiration what she has done with her platform.”