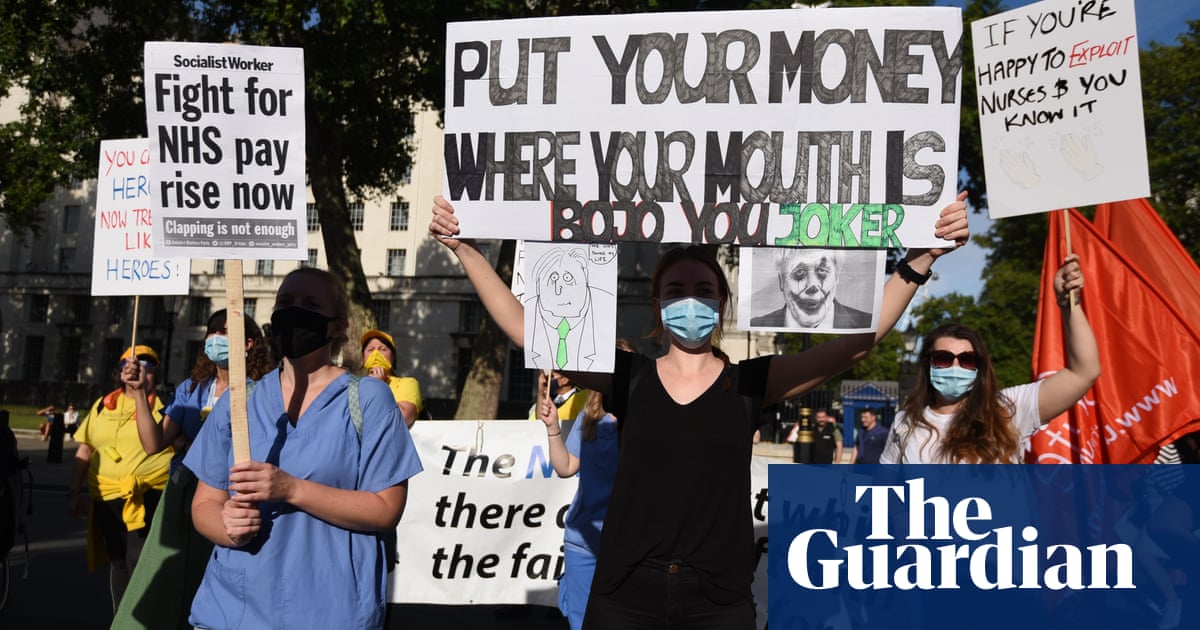 Union leaders have urged the government to avoid mass unemployment in the aftermath of the coronavirus crisis by continuing to support key workers and public services.

The Trades Union Congress (TUC) and Unison, one of the UK’s largest unions, will launch their campaigns in tandem on Monday demanding the government stand by working families and increase spending on public services.

They told ministers key workers would suffer if a planned minimum wage rise next year did not go ahead.

Speaking to the TUC’s 152nd Congress in London, the TUC general secretary, Frances O’Grady, will say time is running out to prevent the misery of mass unemployment.

During her virtual speech, O’Grady, will appeal to the chancellor, Rishi Sunak, urging him to continue government support of the job retention scheme (JRS), as well as a rise in the minimum wage.

“Unions pushed for the job retention scheme. Millions of livelihoods were saved – both employees and the self-employed,” she will say.From this Thursday, it will be just 45 days before the JRS ends. That’s the notice period that companies have to give if they intend to make mass redundancies.

“If the government doesn’t act, we face a tsunami of job losses. So my message to the chancellor is this: we worked together once before. We are ready to work with you again – if you are serious about stopping the catastrophe of mass unemployment.

Analysis published by the union showed 2.1 million key workers would benefit from the planned increase in the national minimum wage in April 2021.

The TUC said putting the brake on that rise would be no way to recognise their dedication and hard work.

O’Grady said: “Coronavirus is no leveller. It has exposed huge inequality in modern Britain. Hard work should pay for everyone, no matter who you are or what kind of job you do. Yet, many of those who kept this country going through the crisis don’t get the respect they deserve.

“They do valuable, skilled work. But they are short-changed. The minimum wage – the wage of 2 million key workers – must rise as planned. Ministers: don’t punch down.”

Meanwhile, Unison said key workers and others employed in health, local government, social care and education have been supporting communities across the UK throughout the pandemic.

The public services union said the cuts, underfunding and decline that have been commonplace for the past decade could not continue.

During the launch of its No Going Back to Normal campaign, the general secretary, Dave Prentis, said: “Everyone is desperate to get back to normal. However, ‘normal’ cannot mean a return to low pay, penny-pinching and public services staff being undervalued.

“For too long, this has been the reality for those providing vital amenities including health and social care, policing, education and local government.

“The government must invest properly in public services and respect workers by paying them fairly and keeping them safe. It must reverse a decade of neglect,” he added.