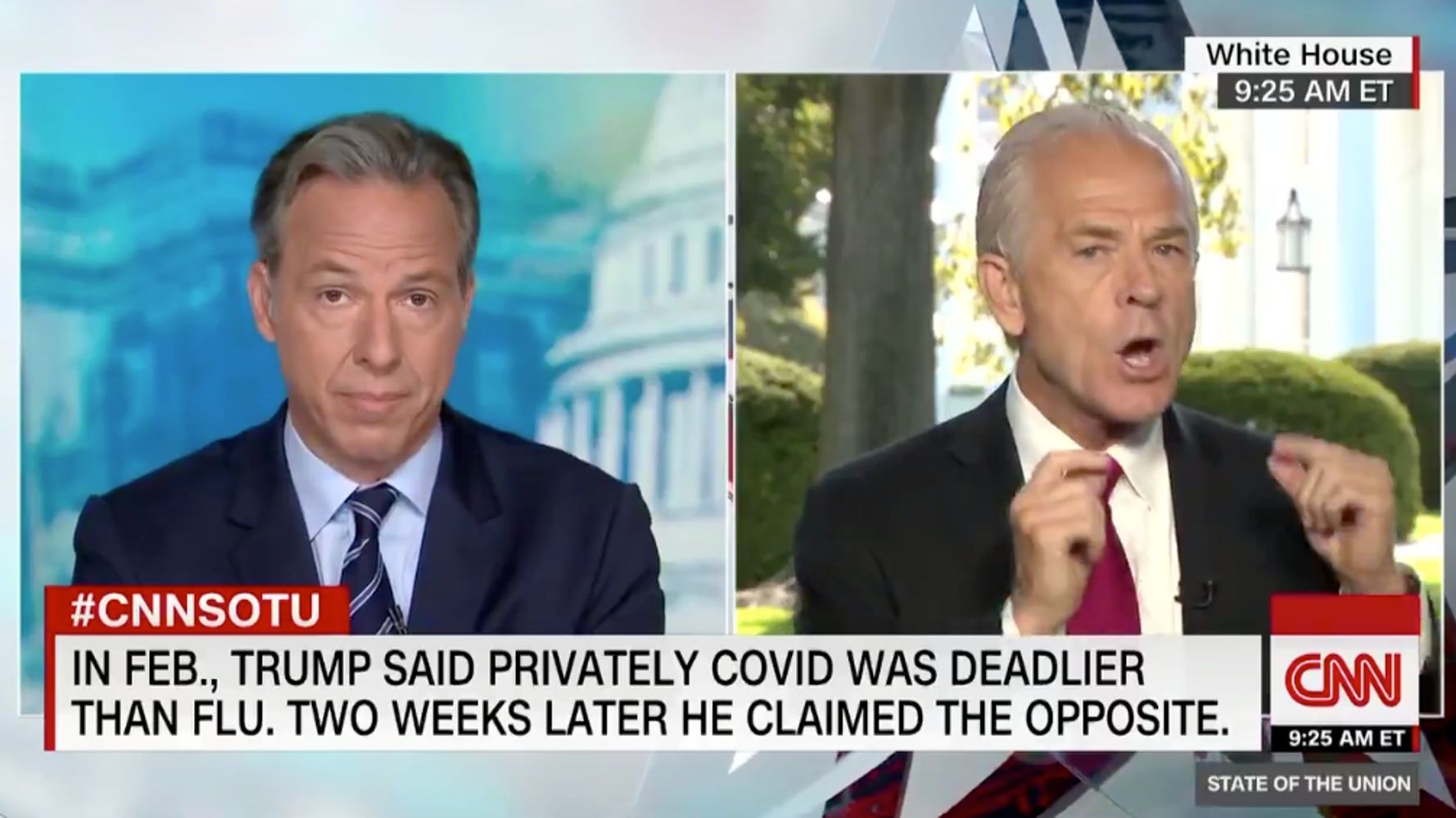 During a segment on CNN’s “State of the Union,” Tapper asked Navarro to discuss a Feb. 7 recording with journalist Bob Woodward, released last week, in which Trump said the virus is five times deadlier than the flu.

In the weeks following the recorded conversation, Trump continued to hold large rallies despite knowing the virus was airborne and deadly. On Feb. 26, he told reporters that the flu was more dangerous than the coronavirus.

“He was misleading the public. Why?” Tapper asked Navarro on Sunday.

Navarro, failing to directly answer the question, laid out the White House’s behind-the-scenes strategy for addressing the virus in early February and praised Trump’s response. Public health experts, however, have largely attributed the United States’ record number of coronavirus cases to the Trump administration’s mishandling of the outbreak.

“You’re not answering my question, Peter,” Tapper interrupted. “The question is about ― you’re talking about what you were doing privately.”

The exchange devolved into incessant crosstalk with Navarro accusing Tapper of repeatedly interrupting him and Tapper accusing Navarro of refusing to answer his question:

TAPPER: Why wasn’t the president straightforward with the American people?

NAVARRO: He was straightforward.

TAPPER: No, he wasn’t. … Just answer the question. It’s a very basic question. ... He was not honest with the American people. You’re not answering the question ―

TAPPER: I said you’re not answering the question. Here’s the thing. Thank you, Peter Navarro. We just played tape ― you didn’t answer the question.

NAVARRO: You can’t say that. I answered the question repeatedly. You just didn’t like the answer.

As Navarro continued to defend his remarks, Tapper pulled the plug on the interview and reminded viewers that the U.S. contains less than 5% of the world’s population but more than 20% of the world’s recorded coronavirus deaths.

Watch the full exchange below: