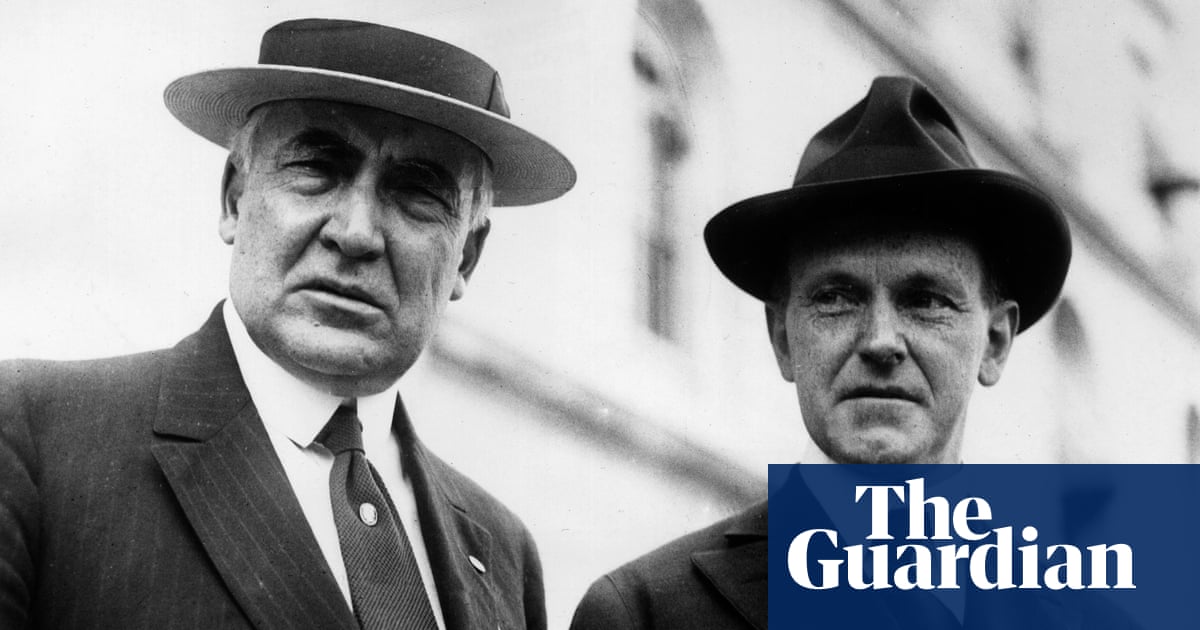 The grandson of President Warren G Harding and his lover Nan Britton has asked a court in Ohio to authorise the exhumation of the Republican’s remains from the memorial where they have lain since 1927.

James Blaesing is seeking Harding’s disinterment as a way “to establish with scientific certainty” that he is a blood relation of the 29th president.

Benefactors are preparing to mark the centennial of Harding’s election with site upgrades and a new presidential center in Marion, the Ohio city near which he was born in 1865.

Blaesing says he deserves to “have his story, his mother’s story and his grandmother’s story included within the hallowed halls and museums in this town”.

A branch of the Harding family has pushed back – not because they dispute Blaesing’s ancestry, but because they don’t. They argue they already have accepted as fact DNA evidence that Blaesing’s mother, Elizabeth Ann Blaesing, was the daughter of Harding and Britton and that she is set to be acknowledged in the museum. Harding had no other children.

“Sadly, widespread, public recognition and acceptance by the descendants, historians and biographers (and Mr Blaesing himself) that Mr Blaesing is President Harding’s grandson is not enough for him,” relatives said in a court filing, calling the lawsuit a ploy for attention.

In 2015, a match between James Blaesing’s DNA and two Harding descendants prompted AncestryDNA, a DNA-testing division of Ancestry.com, to declare his link to the president official. At the time, Blaesing said he was delighted.

Now he says his mother’s legacy as the daughter of a president will be little more than a footnote in the new museum. He has not been approached to provide details of her life or even a photograph for the coming display, he said.

“I did the test and we brought it to the public in 2015. It’s now 2020 and no one has asked me one thing,” he said. “I’m not a part of anything. Nothing. My brothers, myself, no one. We’re invisible. They’re treating us just like they treated my grandmother.”

Blaesing said he is hopeful a match to the president’s own DNA would change that.

Ironically, two of Harding’s known relatives, grandnephew Peter Harding and grandniece Abigail Harding, first reached out to the Blaesing family in 2011, to end speculation about Harding having a child out of wedlock.

Before that, “doubt and mystery shrouded the paternal lineage of Elizabeth Blaesing for almost 100 years”, family members, not including Peter and Abigail Harding, explained to the court.

President Harding died in office, of a heart attack in 1923. According to court filings, Peter Harding’s interest in whether his forebear had a child was sparked by reading The President’s Daughter, Britton’s 1927 book which stirred huge controversy at the time, “and concluding that the man described in its pages resembled the author of love letters written to Ms Carrie Phillips”.

The Library of Congress opened those letters between Harding and Phillips, another lover, to the public in 2014.

Ohio History Connection, which manages the Harding home and memorial, takes no position on the dispute. Spokesperson Emmy Beach said the nonprofit accepts the 2015 DNA results “as fact” and plans a section of the new museum “on Harding’s relationship with Nan Britton and their daughter, Elizabeth Ann Blaesing”.

However, Ohio History Connection has told the court it must consider a host of issues before disrupting the Harding Memorial’s sealed sarcophagus.

The crypt also holds the remains of first lady Florence Kling Harding in another sarcophagus, and the nonprofit argues her relatives deserve a say. Further, to protect the site, the nonprofit said it would have to employ experts to assure the president’s body could be disinterred and reinterred without damaging the tomb, a striking white marble temple encircled with Doric columns.

The openings of the renovated historic sites in Marion and of the Warren G Harding Presidential Center have been indefinitely delayed due to the coronavirus pandemic, Beach said. She said the disinterment request has not affected the timetable.